In the Buddha’s famous and dramatic Fire Sermon he says: “All is burning.”  Last Sunday I had a lesson on this very theme, and not just intellectually but very much in the material domain. Moments after our Sunday morning meditation someone in the congregation noticed flames on the far side of the our second floor courtyard. I got up and looked and as it didn’t seem too serious I and a few others went upstairs to get the garden hose. While they attached it to the bathroom tap I climbed out the refectory window and began hosing the flames. Meanwhile, the congregation quickly filed downstairs and left the building. Unbeknown to me and the three others who were helping me the fire in the ground floor restaurant was already burning fiercely and spreading quickly. Within five minutes I was being showered with burning ash and choked by smoke and as the flames were clearly becoming a conflagration I decided it was time to leave. I ran (no time for mindful walking!) up to the third floor where my room is to shut the windows in the hope that my large library  might be saved, and ran down to the main hall to find it dark, the lights having gone out and no light coming through the by now smoke-blackened windows. Padma, Vincent and Nam Kin were looking  grim and close to panic. “We’re surrounded!” Nam Kin said. We ran to the library and then to the computer room, both facing the main road, but only a menacing red  glow was coming through the windows. The stairwell leading downstairs had been completely filled with smoke only five minutes before, but when we looked again we saw that someone who had ran through it  earlier had left the door  open and the draft had now cleared some of the smoke. We decided to make a dash for it. We emerged to a much relieved crowd, some of whom were in tears thinking that we had all perished. The police were already on the scene holding back the crowds and questioning us as to whether there was anyone still in the building. Held up by the traffic jam  on Balestier Rd the fire brigade only arrived after we had emerged from the flames.
Given that these events only happened a few days ago and we are occupied with police reports, getting mail redirected, insurance matters, etc we  have as yet have given  little thought  to the future of our society, the BDMS. Let’s see how things unfold.
It only remains to thank the many friends and even many strangers from as far away as Germany, the US, Australia and India for their concern, sympathy and offers of help. On behalf of the BDMS thanks very much. 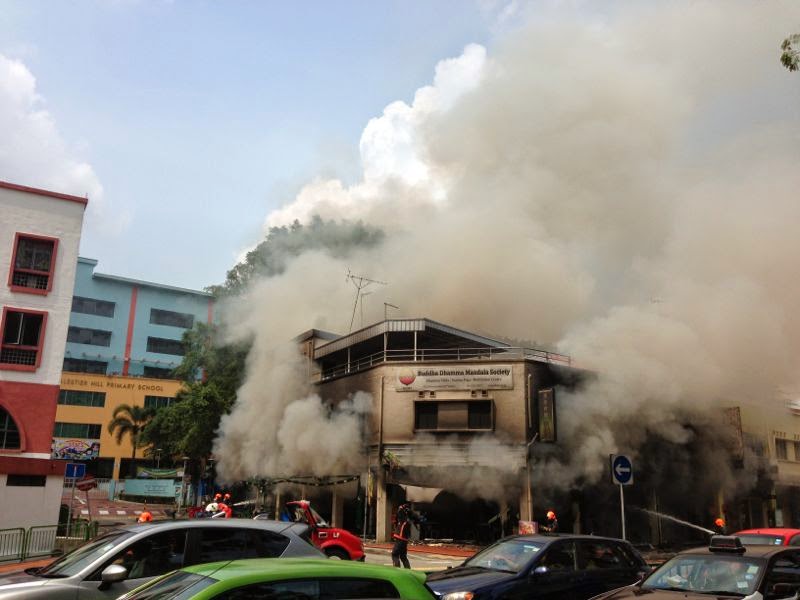 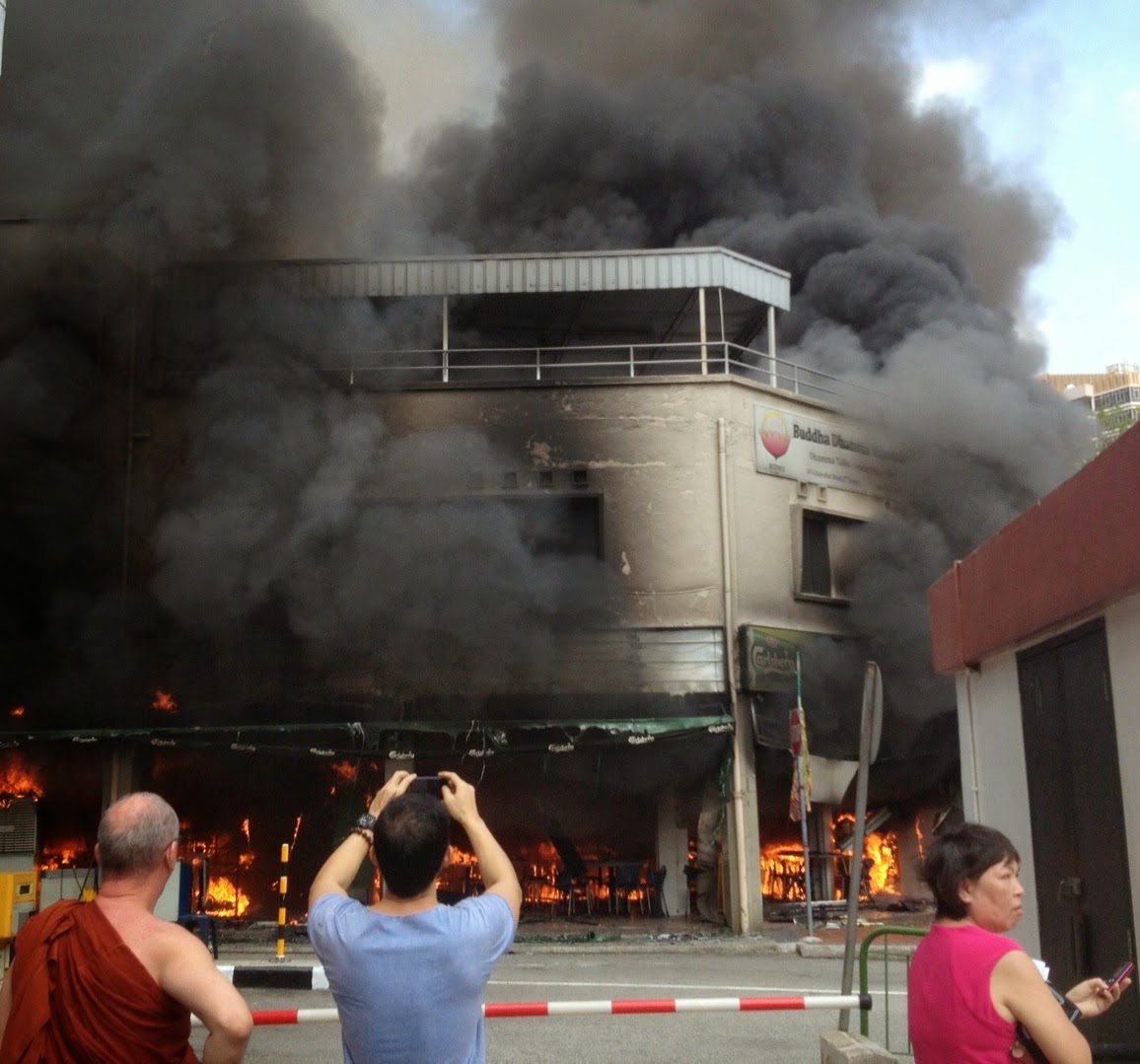 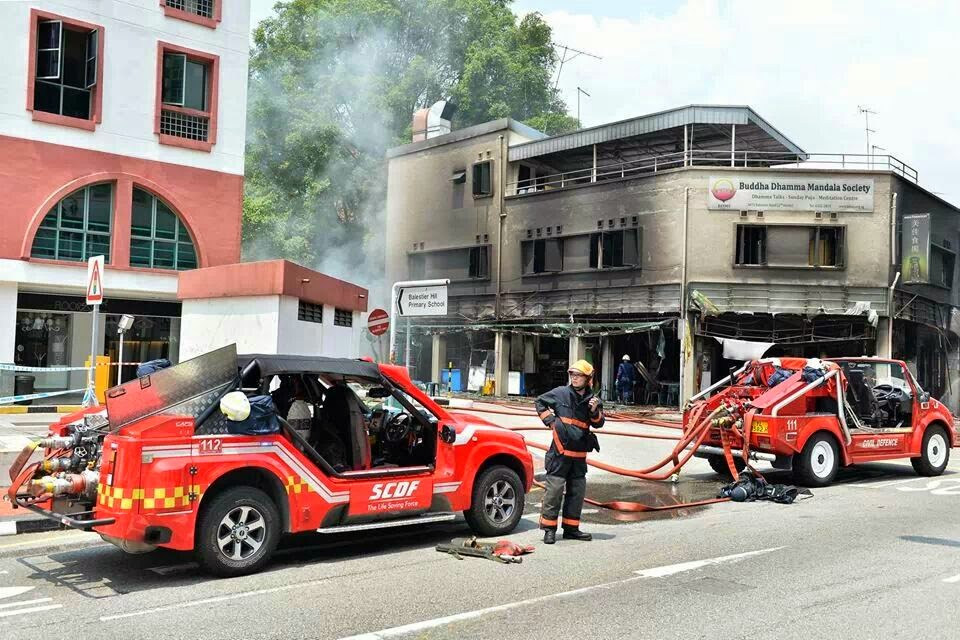 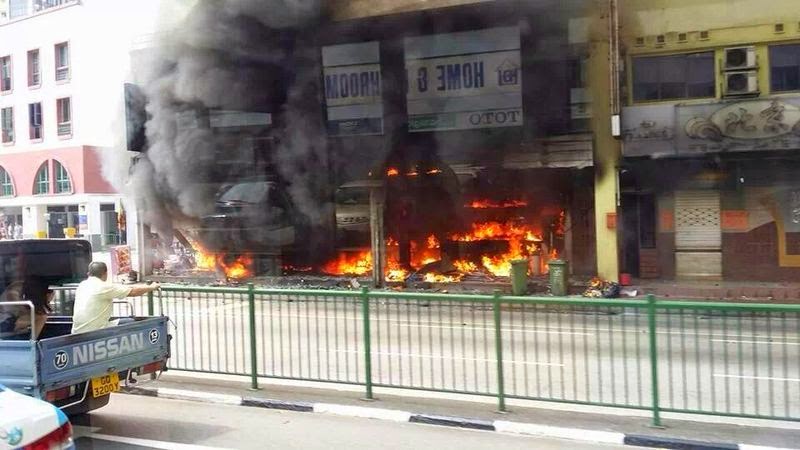 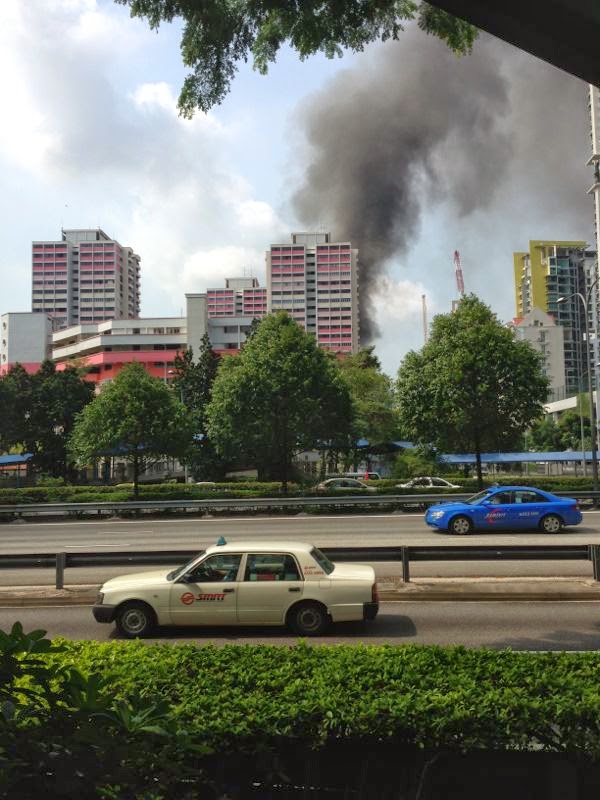 Posted by Shravasti Dhammika at 7:20 PM

Looking at these photos is shocking. It was only late last year I was staying with you there!

I'm happy to hear you're okay.

I'm very relieved and happy to hear you are OK. I hope the library made it, too.

I am shocked Bhante ! I hope you are well ... our every prayers and dedications for yours and the society's safety and well-being: Om Tare Tuttare Ture Soha !
bb & CAS

As I read that, I was hoping it was an April fools joke, given the date of April 1. Glad to hear you and the others are all okay!

Thank goodness for members like Padma that go about quietly catering to the needs of the others, that the fire was noticed in the nick of time. Otherwise everyone paying attention to the sermon might not have made it out without a scratch or worse!_/\_

I'm really glad no one was hurt. The fire looks to have really caught hold in those pictures. Very scary indeed! I hope that the library was saved.

Nice to hear that all BDMS members present are safe.

Hope that BDMS's assets are not significantly affected.

By the way, kindly contact me via following email, bev8ever@icloud.com

Have a nice day.

Dear Bhante, glad to know that none is injured! I hope the library is not damaged.