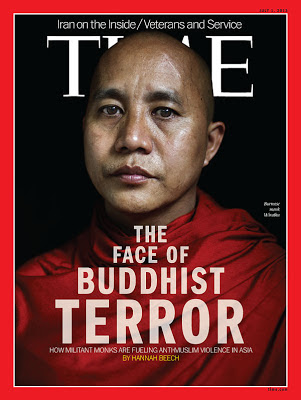 Buddhism is my religion and has been for nearly 43 years. I consider the Buddha to have been the greatest mind in human history. I believe that the Dhamma is the closest humanity has come to ethical and spiritual perfection. I have been teaching Dhamma for about 25 years and  I have never got tired of it, and I still discover aspects of  it that I had not noticed before. As an outgrowth of all this I have also developed a deep interest in Buddhist societies and cultures and have been fortunate enough to visit nearly every region where Buddhism prevails. During my travels I have generally found Buddhists to be open, gentle, generous and kindly folk.
But I am not blind. As samsaric beings Buddhists have their defilements just as people of other faiths do. They are capable of being stupid and greedy, prejudiced and uncaring, provoked and provoking, self-centred and inflexible, tradition-bound and superstitious. They practice their religion as often as they fail to practice it – just as people of other faiths do. Despite this there has long been the illusion in the west that Buddhists, unique amongst humanity, practice their religion with complete fidelity - that because the Buddha taught gentleness, understanding and love, Buddhists follow these teachings unfailingly. Well, it looks like those with such  illusions might be about to be  disillusioned. It started some years ago with news reports of Sri Lankan monks being involved in racist politics and ethnic violence. The Dorje Shugden and the Karmapa rumpus had little impact on public opinion because of the obscure issues involved, although they shocked and perhaps disillusioned some western Tibetan Buddhists. Then the riots in Tibet gave a rather un-Shrangri La picture of the troubles in that country. Now it’s the ethnic riots in Burma. I quite understand that thoughtful people are deeply disturbed by these happenings. I am too. But there is an added dimension to the reports about these as opposed to troubles  beyond the Buddhist world. And it is this. Commentators and observers continually express their surprised to discover that Buddhists, monks included, can be provoked to violence, that they have chauvinistic feelings, that they are capable prejudices, and that they can resort to violence.
On the one hand this disillusioning worries me. Why? Because it tends to happen that when an illusion gives way to reality there is often a strong reaction in the other direction. When the deluded finally see the real situation they do not blame themselves for being unrealistic, they blame that which they were previously deluded about. I suspect that Buddhists, and by implication Buddhism, previously held  so unrealistically high is  gradually going to be put down far lower than it should be.
On the other hand I am not  entirely unhappy that a more realistic view of Buddhists and Buddhist lands is beginning to emerge. Why? Because I have long seen the danger, not to say the foolishness, in the  “ethnic” approach to Dhamma. When a western monk in the west asks to be addressed as ahjan or gelong, saydaw, roshi or sensei rather than their English equivalent he is identifying himself, not just as a Buddhist, but with a particular ethnic expression of Buddhism. When they chant in the Tibetan or the Burmese or the Chinese way the same impression can be created.  When you tie yourself to a particular culture or country you involve yourself in people’s minds with that culture or country. And when that country or culture looks bad people see Buddhism as bad. Dhamma is universal, it transcends culture and ethnicity. The practice of the Dhamma is not the special preserve of any particular ethnic group. Let us practice the Buddha’s teaching, not Thai Buddhism, not Tibetan Buddhism, not Burmese Buddhism or any other culturally-specific expression of the Dhamma. Let us practice the Dhamma with a minimum of cultural trappings.
Posted by Shravasti Dhammika at 5:42 PM 54 comments:

Separating The Diamonds From the Rough


Browsing through the internet really brings home to you just how much misinformation there is about the Dhamma. On non-Buddhist websites I have seen enlightenment described as “the highest state of God-consciousness”,  the Buddha himself called a ‘Nepalese’ and of him attaining enlightenment under a banyan tree Another pervasive form of misinformation is attributing to the Buddha things he never said. I harvested these spurious saying in less half an hour on the internet. Apparently the Buddha said “Not this! Not this!” (actually from the Upanishads); “Look within. Thou art Buddha” (really penned by that old rascal Madam Blavasky) and “Protect the Earth and be kind to all living things” (how comforting to know that the Buddha was actually a politically correct greeny). One website called Timeless Quotes had two dozen  “sayings” of the Buddha, a few authentic, some very loose paraphrases of  something he did say, most of them spurious. This one “Your work is to discover your world and then with all your heart give yourself to it” makes the poor old Buddha sound like a forerunner to Norman Vincent Peel. And what about this one? “Unity can only be manifested by the Binary. Unity itself and the idea of Unity are already two”! One of those  Buddhism and Christianity are the same web sites claims that the founders of both religions called themselves “fishers of men”. The Buddha compared himself to an elephant trainer, a chariot driver, a potter and even a nanny (A.II,110; M.I,395; M.III,118, etc). But a fisherman?
These and numerous other fake sayings infiltrate the general discourse on Buddhism, circulate for decades and are quoted as authoritative. Sad to say we Buddhists ourselves are partly responsible for this.  The wed site of an organization called the Buddhist and Pali College has these quotes attributed to the Buddha – “Ambition is like love, impatient both for delays and arrivals”, “Do not speak unless it improves on the silence” and “All know the way but few actually walk it.” I would be most interested if  someone at the Buddhist and Pali College could show me where these cheesy gems come from. Ven. K. Sri Dharmmananda often use to quote these words as having been spoken by the Buddha, “A man should accept truth wherever he finds it and live by it.” In fact it was one of his favorite sayings and he often used it in his sermons. When he was compiling his book The Treasury of the Dhamma he asked me to find the reference from the Tipitaka for this saying. Immediately I tensed up. I knew he did not like being contradicted or shown to be wrong. As tactfully as I could I told him that these words were not from either in the Tipitaka or the commentaries. There was a thunderous silence for a few moments, then he cleared his throat and said. ‘Its there somewhere. I’ll find it myself.’ When his book finally came out I was relieved to see that this saying was not included.
Admittedly, most of the sayings passed off as being authentic Buddha Vacana show the Buddha in a good light. Even so, there is something mildly disrespectful about attributing to someone something they never said, quite apart from the fact that it shows lack of care, shoddy scholarship and a disregard for and an ignorance of what they did say. I can understand why non-Buddhists do this – they know no better and in many cases they have got their skewed quotes from we Buddhists. “Look within. Thou art Buddha” is cited as being from the scriptures by none other than Christmas Humphries in his Wisdom of Buddhism. But why are we Buddhists so careless about quoting our master? Amongst traditional Buddhists it almost certainly because they are so woefully ignorant of the sacred literature. In traditional Buddhists countries very few people ever read the Tipitaka.  The Dhammapada usually gets a fair showing but that’s about it. Another reason could be the prevalence throughout much of Buddhist Asia of the attitude reflected in the Thai saying “Never mind.” (Mai pen rai). Sometimes one gets the feeling that shrugged shoulders rather than the anjali should be the archetypical Buddhist gesture. In the case of Western Buddhists it may be that just as we grew out of Theosophy we grew into New Age-ism and we have never entirely succeeded in freeing ourselves from the influence of either. Whatever the case, its time we stopped misquoting the Buddha. The bulk of the Buddha’s words, at least as preserved in Pali, are now easily available in Walsh’s translation of the Digha Nikaya and Bhikkhu Bodhi’s accurate and readable translations of the Majjhima Nikaya,  the Samyutta Nikaya and the Anguttara Nikaya.
Bodhipaksa,  a member of the Triratna Buddhist Order, has an excellent website called Fake Buddha Quotes in which he diligently and carefully separates  the fake from the true sayings. It is well worth reading. You can find it at  http://www.fakebuddhaquotes.com/
Posted by Shravasti Dhammika at 8:21 PM 34 comments: 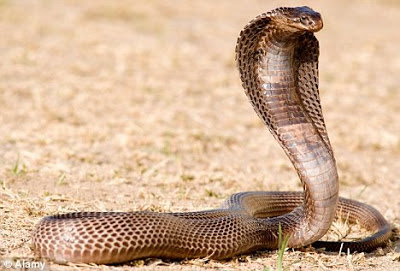 Posted by Shravasti Dhammika at 2:48 AM 16 comments: