A Hell Of A Road

Hell is a realm or state of eternal post-mortem punishment. Buddhism denies the existence of hell but it does teach that there is a purgatorial state. There are several words for purgatory in  the scriptures, the main ones being  ‘loss’ (papaya), ‘to descend’ (naraka and niraya),  ‘ruin’  (vinipata), and my favorate duggati meaning ‘difficult road’ or ‘bad road’. Having traverses some appalling roads in my time this name has always appealed to me. Here are some pictures of some very bad roads. 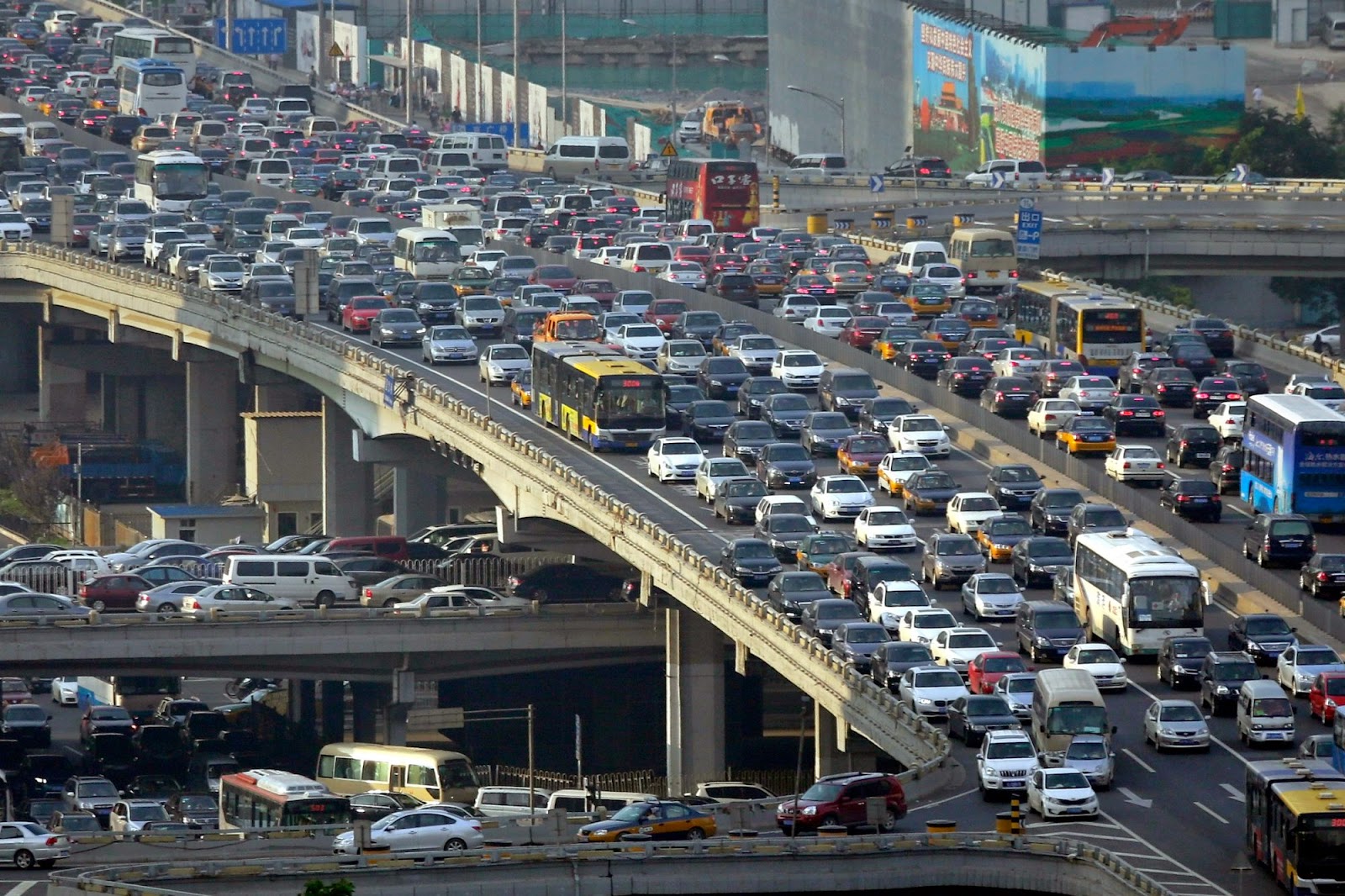 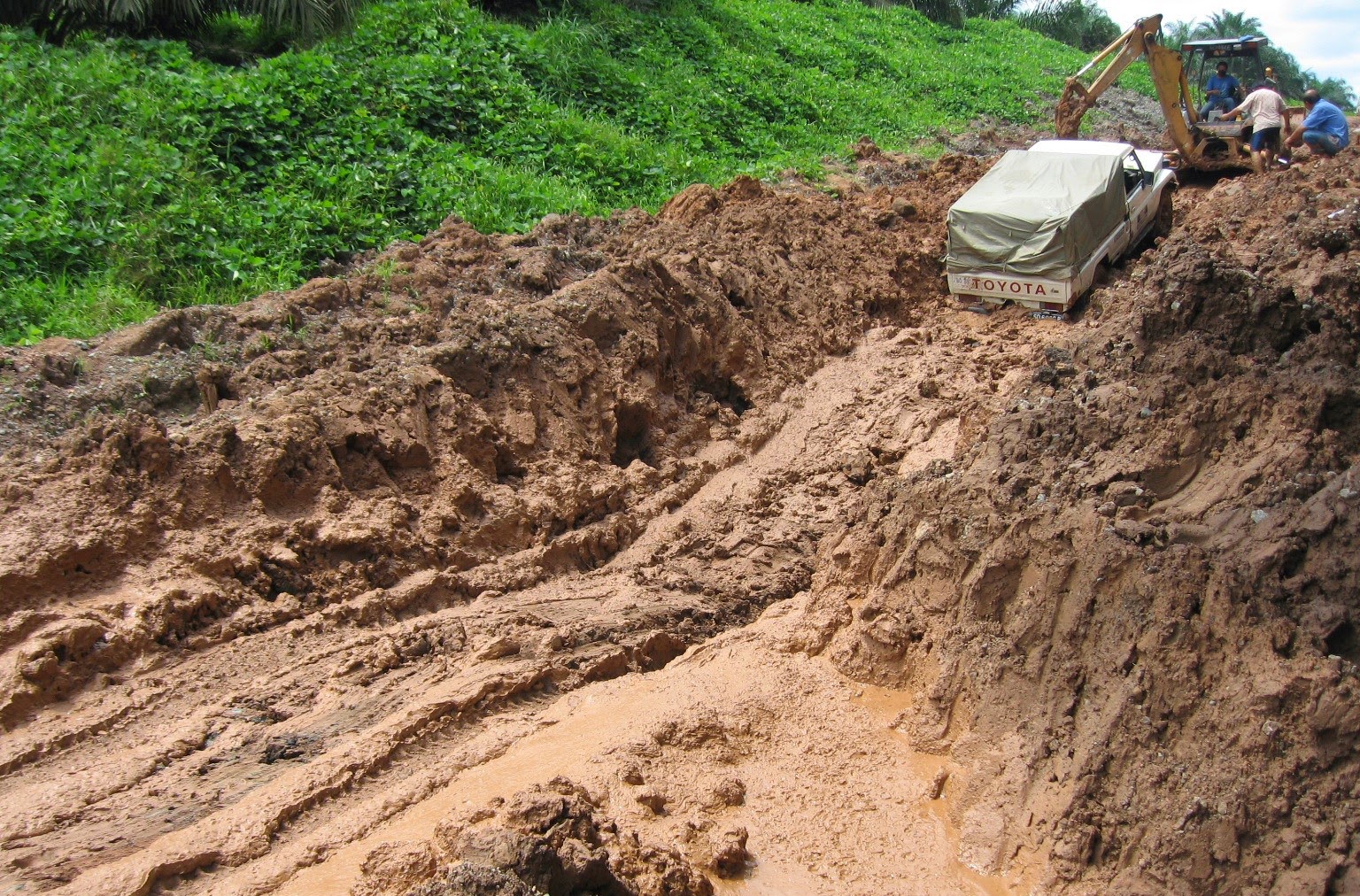 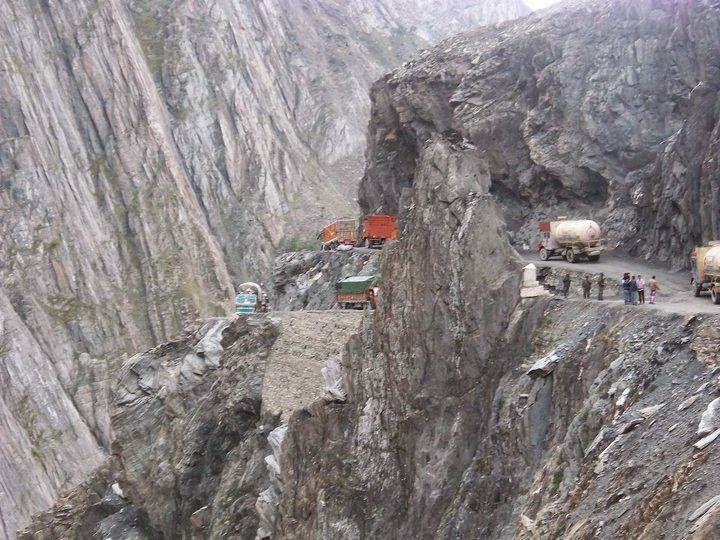 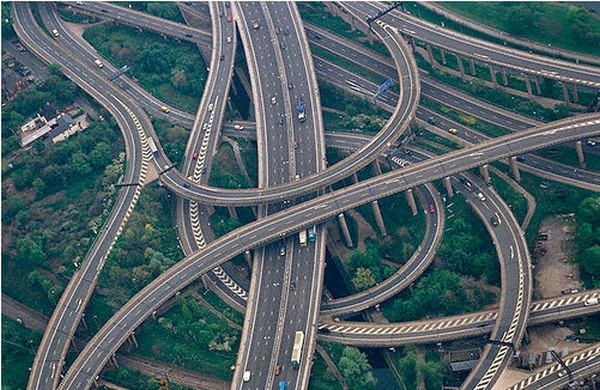 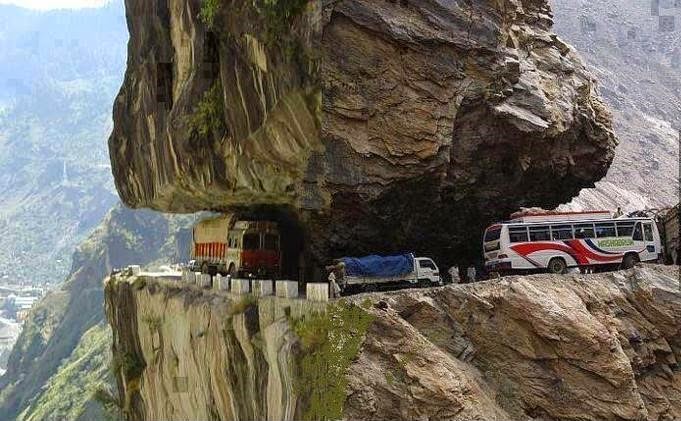 The Love That Never Fails

Ksitigarbha is one of the most popular bodhisattvas in Mahayana. He might be thought of as the embodiment of the love of strangers, outsiders, the abandoned, and the lost. He is always shown as a monk with a shaved head carrying a long walking staff. This staff underlines Ksitigarbha’s role in helping those in transition: those going from one place to another, travellers and pilgrims; those moving towards maturity, children; and those going from this life to the next. In this last case Ksitigarbha is often also associated with purgatorial beings. According to most theistic faiths, at death or on the Judgement Day one is scrutinised and, if found wanting, condemned to hell. Once in hell there is no way out; damnation is forever. 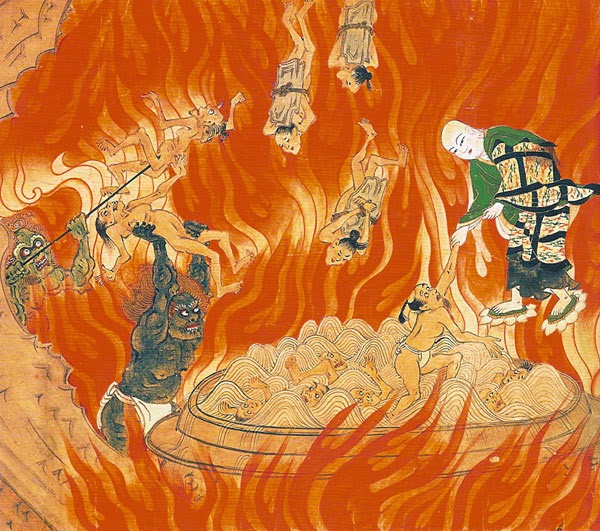 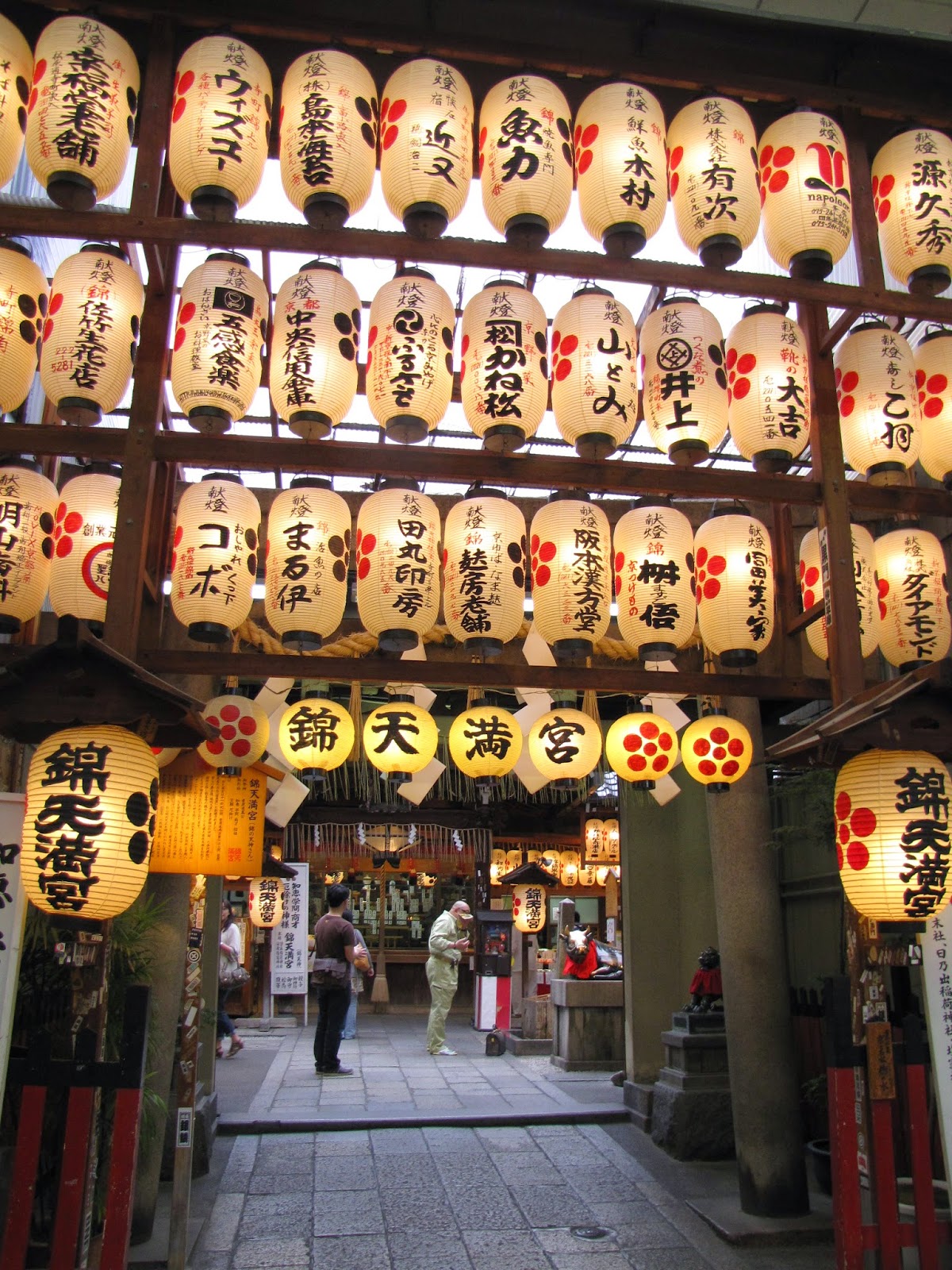 Buddhism has no supreme being to judge the dead; each person creates their destiny by the kamma they have made, by their intentional thoughts, speech and actions. Great cruelty or viciousness may well create a purgatorial destiny. However, when one’s negative kamma in purgatory is exhausted, one will pass away and be reborn in another realm, perhaps as a human again. Hell is forever; purgatory is an unpleasant self-created interlude. Nonetheless, as purgatory offers limited opportunities to expunge negative and cultivate positive kamma one might have to endure the distress of that state for a very long time. Such is Ksitigarbha’s metta and karuna that he chooses to descend into purgatory, experiencing all its torments and suffering, in order to teach the Dhamma to the beings there so that they might practise it and shorten their stay there. The Buddhist understanding is that the highest love and compassion never abandons even the most wicked. Metta and karuna does not allow for eternal damnation. It is the love that never turns away from those who have failed to love or those who have never believed in love.


When I was in Japan several years ago a friend took me to an interesting shrine in Kyoto (or was it Nara?) to Ksitigarbha, known in Japan as Migawari Jizo. The shrine commemorates an incident that happened some 800 years ago when a monk was actually transported to purgatory where he saw Ksitigarbha helping the suffering beings. On the monk’s return he painted a picture of what he had witnessed and small wooden plaques reproducing this painting can be purchased in the shrine. I bought one and keep it in my room preaching to remind me of the unconditional aspects of metta and karuna.
In popular Thai Buddhism there is a story very similar to that about Ksitigarbha and very possibly influenced by it. A Sri Lankan monk named Venerable Maliyadeva (Thai, Phra Malai) developed his meditation to the degree that he manifested the psychic power which allowed him to go to heaven and purgatory. Moved by compassion he descended into the infernal realm to relieve the suffering of the beings there by teaching them the Dhamma. Maliyadeva could not be considered a symbol of love and the legends about him have no scriptural basis.  Nevertheless, his story is important because it speaks of the Buddhist conception of what the highest love is like, one markedly different from that which will countenance eternal punishment. 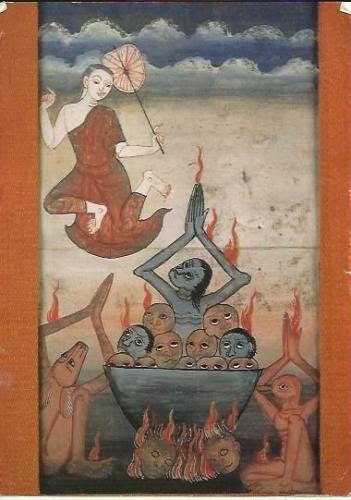