The oldest surviving Buddhist texts, preserved on long rolls of birch-tree bark, are written in Gandhari, an early regional Indic language that is long extinct. The scrolls originate from the region known in ancient times as Gandhara, which lies in what is now Northwestern Pakistan. For researchers interested in the early history of Buddhism, these manuscripts represent a sensational find, for a number of reasons. The first is their age. Some of the documents date from the first century BC, making them by far the oldest examples of Indian Buddhist literature. But for the experts, their contents are equally fascinating. The texts provide insights into a literary tradition which was thought to have been irretrievably lost, and they help researchers to reconstruct crucial phases in the development of Buddhism in India. Furthermore, the scrolls confirm the vital role played by the Gandhara region in the spread of Buddhism into Central Asia and China. At Ludwig-Maximilians University, Munich, a team of researchers led by LMU Indological scholar Professor Jens-Uwe Hartmann and Professor Harry Falk of the Free University of Berlin has just begun the arduous job of editing the manuscripts. Most of the texts survive only as fragments, which must first be collated and reassembled. The magnitude of the task is reflected in the planned duration of the project – 21 years. The project of the Bavarian Academy of Sciences and Humanities is being funded by a total grant of 8.6 million euros from the Academies Program, that is coordinated by the Union of German Academies of Sciences and Humanities. It is one of the largest research programs in the field of the Humanities in the Federal Republic.The researchers work not with the manuscripts themselves, but with digital scans. The originals are not only extremely fragile, but are held in various collections scattered around the world. A large fraction of the surviving material is stored in the British Library in London. The ultimate goal of the project is to prepare a modern edition of all the Gandhari manuscripts, thus making them available for further investigation. In addition, the researchers plan to produce a dictionary of the Gandhari language and a survey of its grammar. However, the project will be primarily concerned with illuminating the development of Gandhari literature and the history of Buddhism in Gandhara. It is already clear that the results will lead to a new understanding of the earliest phases of Buddhism in India. At the core of the project is the construction of a comprehensive database in which all relevant information and results are collected, stored and linked together. The database will serve as the major source of electronic and printed publications on the topic, and regular updates will give the international research community access to the latest results.
From www.heritagedaily.com
Posted by Shravasti Dhammika at 1:31 AM 3 comments: 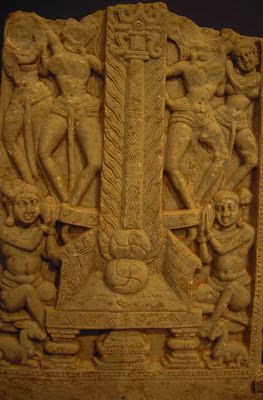 Singapore’s Asian Civilizations Museum is hosting two exhibitions congruently, both of  them of interest to Buddhists. The first, Exploring the Cosmos, about the stupa, is relatively small but has several pieces of great importance, the main one being the exquisite grey schist stupa from Gandhara. The second much larger exhibition called Enlightened Ways, covers a range of Thai art from the earliest centuries up to the present. Both exhibitions  run until 17/18 of  April. 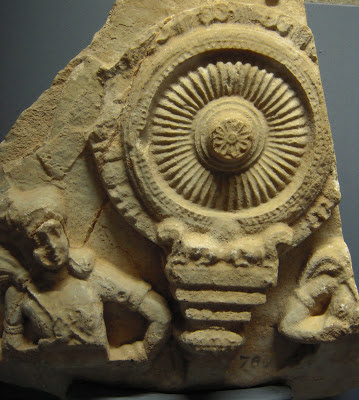 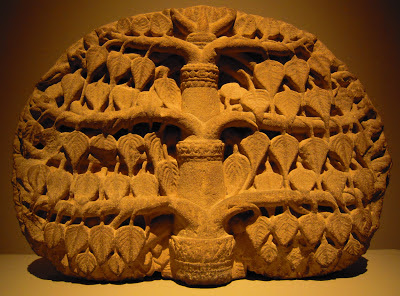 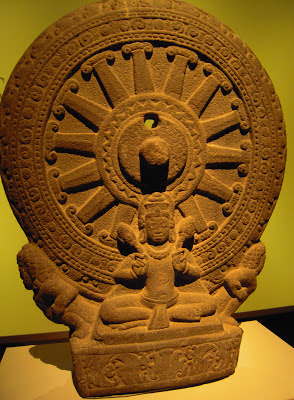 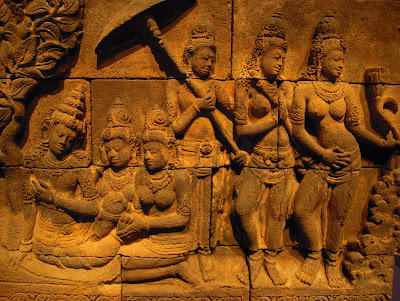 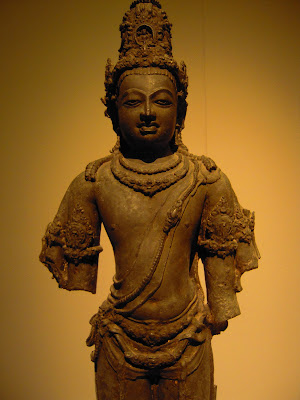 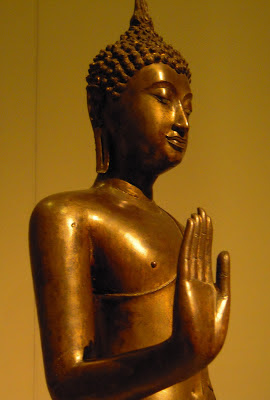 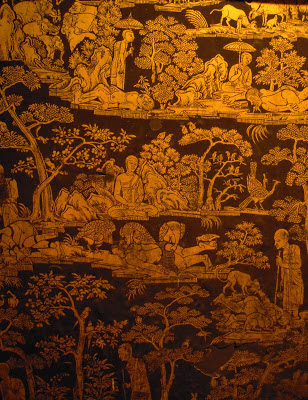 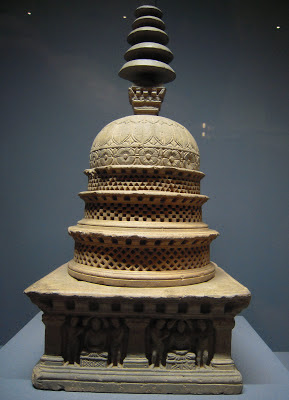 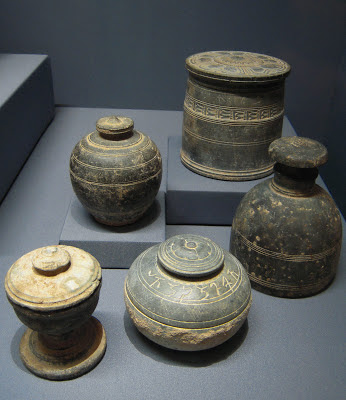 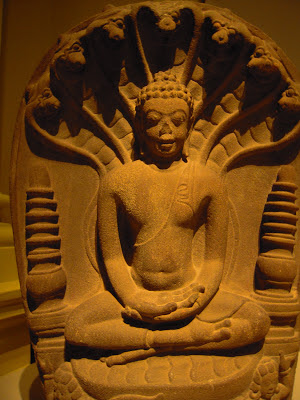 The Paintings Of Pagan

Given the time that has passed since they were first created (10th–12thcenturies) and Burma’s climate, it is astonishing just how many of Pagan’s hundreds of amazing temples still have their murals intact. And in some temples the surface area painted is very extensive indeed. Despite a limited palate of only five or six colours, a deep faith and a creative sense enabled the artists to do a lot. Although the subject of all the murals is religious the artists were imaginative enough to be able to include numerous depictions of ‘ordinary’ life – court rituals, market scenes, landscapes, boat races, parades, etc. I was fortunate enough to visit many of the painted temples with Sarah Shaw (Jataka specialist from Oxford) and Elizabeth Howard-Moore (ancient SE Asian city historian from SOAS). What a difference it makes when you are with those who can explain what you are seeing. At the Gubyaukgyi Temple we had a good deal of fun trying to identify some of the 550 Jatakas depicted there. Here are some of the pictures I took of the murals. 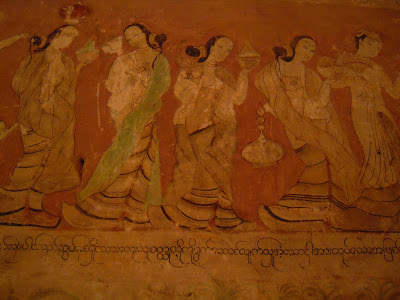 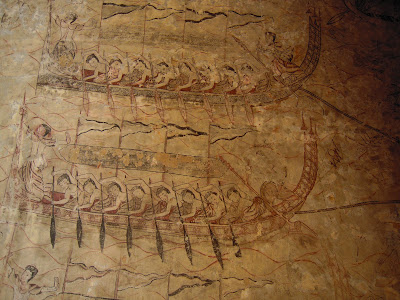 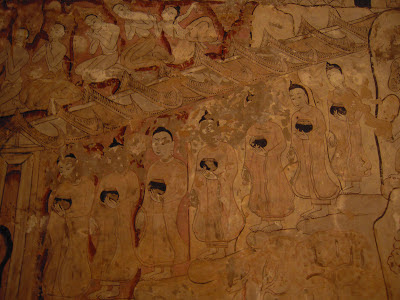 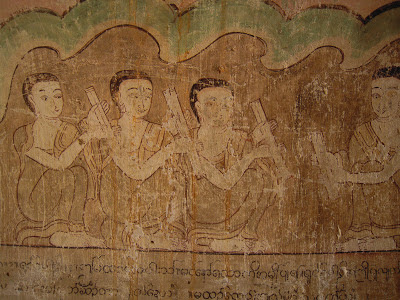 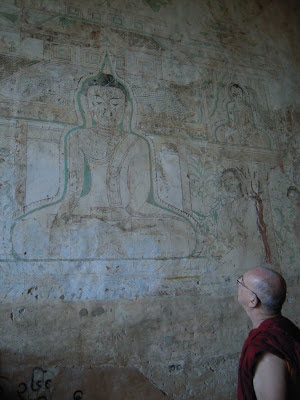 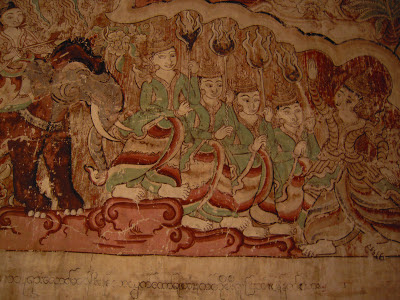 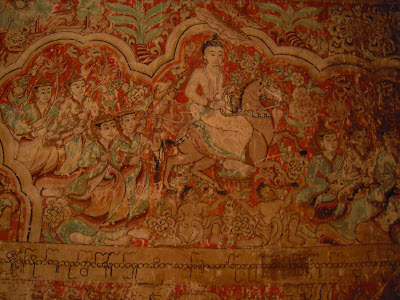 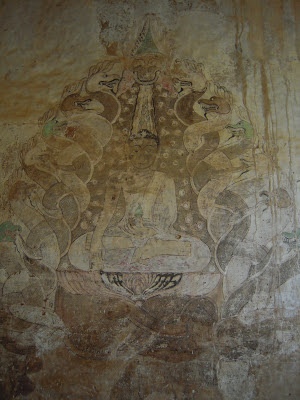 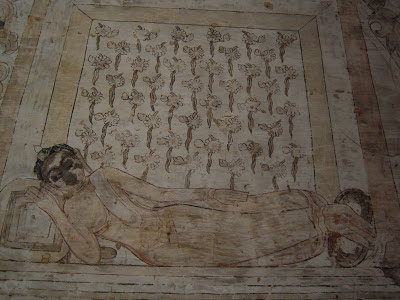 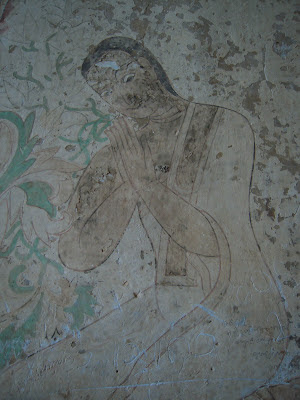 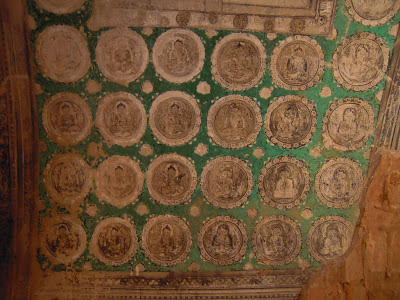 'The Myth of Universal Love’ by Stephen T. Asma from the New York Times.