Nearly Back To Normal


It has been exactly one year since our place, the BDMS was damaged by fire.   After nearly 11 months waiting for permission to repair the place it was finally given three weeks ago,  work started immediately and is due to be finished within another three weeks. After that will be another wait for permission to move back in and then it will be back to normal again. Here are a few images from the day of the fire. 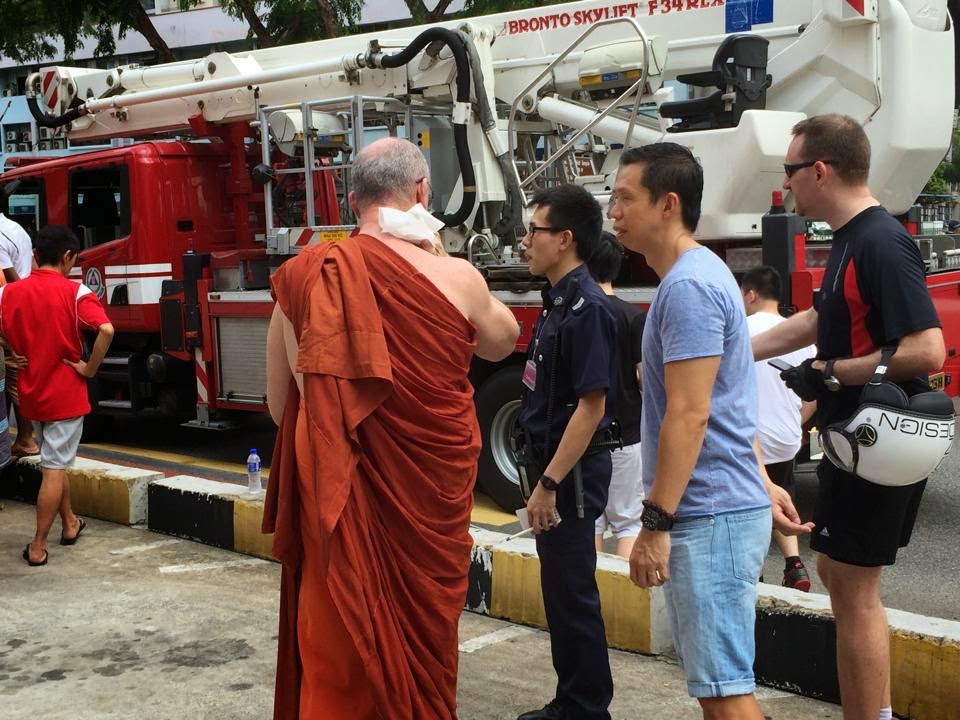 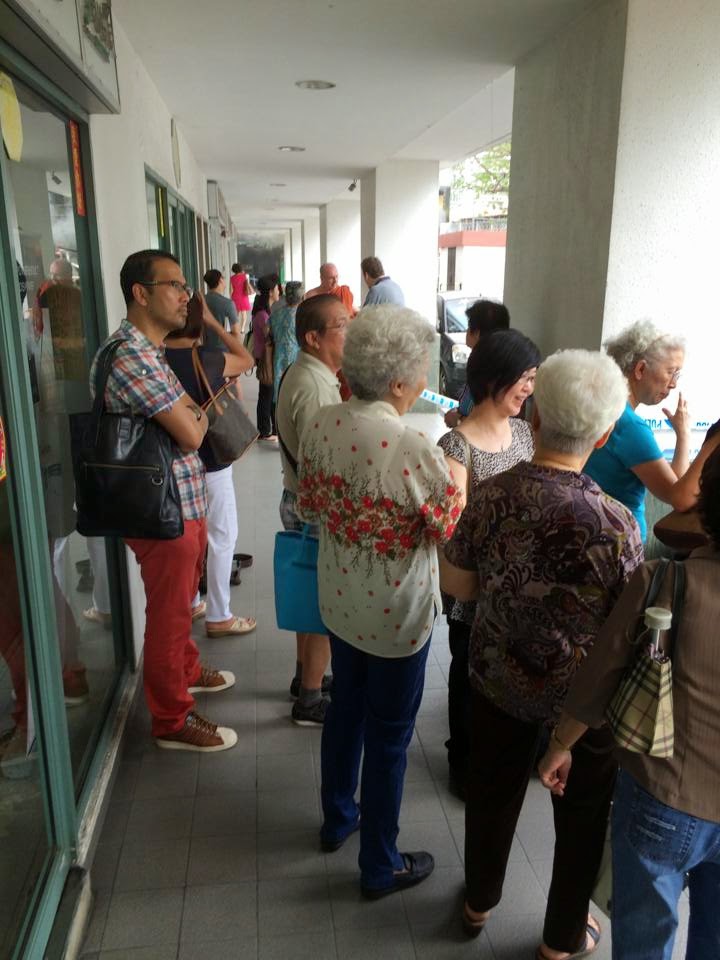 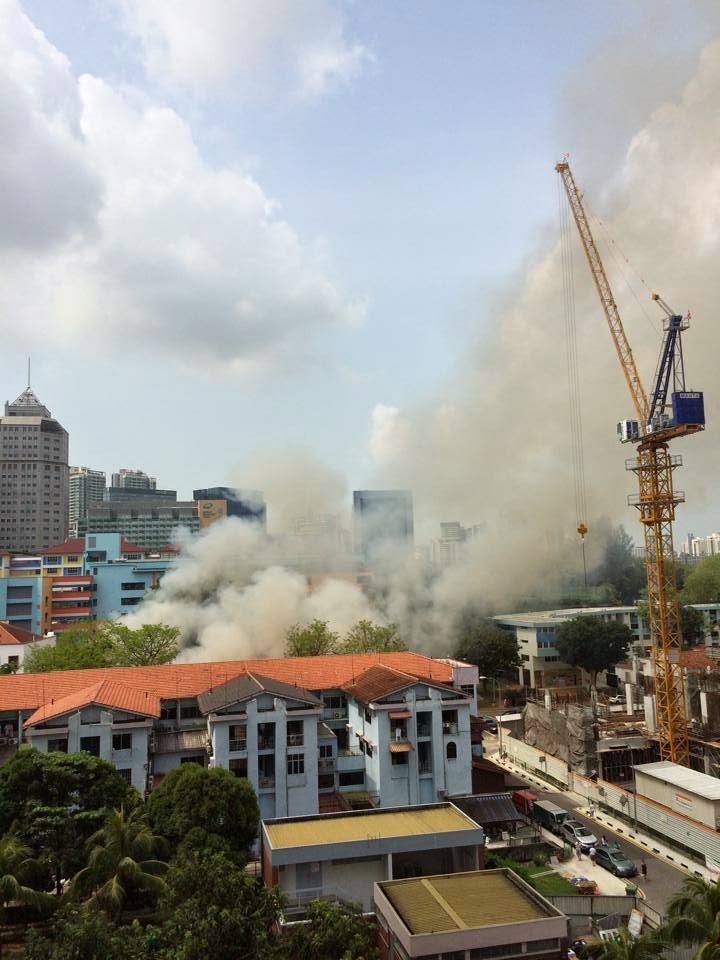 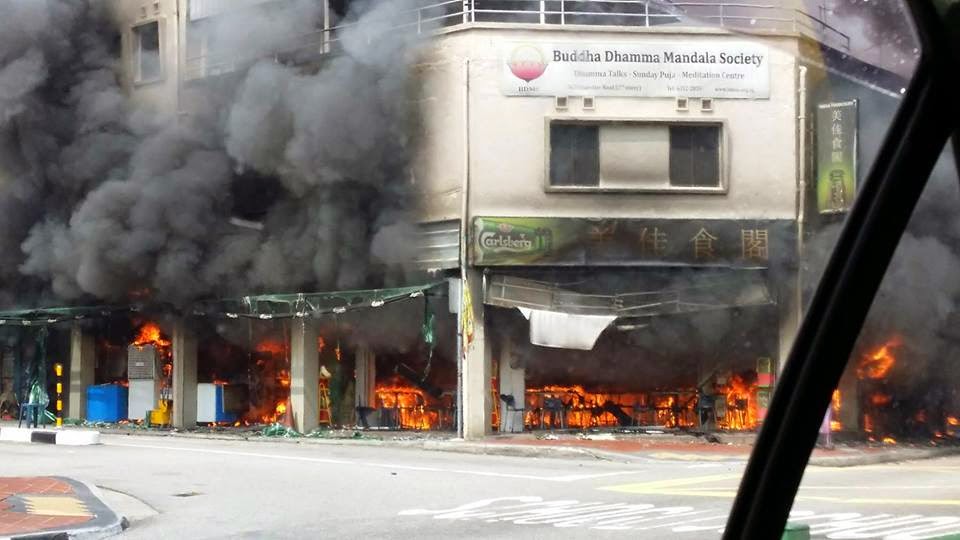 Posted by Shravasti Dhammika at 12:02 AM 4 comments: 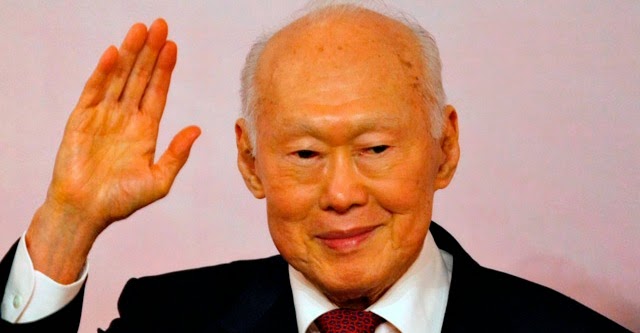 It would be an exaggeration to say that Singaporeans are  “in a state of shock”. But they are noticeably pensive and aware that they are witnessing a major watershed in their country’s history.  Lee Kuan Yew, the man who has dominated their lives for more than 50 years has died. As a young pre-independence MP, a prime minister, senior minister and then a minister mentor until just recently, Lee transformed his country from a declining colonial backwater into a dynamic, prosperous, modern state. Only the very old can remember a time when  he was not around.
Politically Lee Kuan Yew was extraordinarily long-lived. He was there when Kwame Nkrumah, Ben Bella, Jawaharlal Nehru, Nasser, S. W. R. D. Bandaranayaka and Zhou Enlai were in the news. They and most of the others from that time have either been relegated to irrelevance or discredited. Until just recently, Lee was still being sought  out for his opinions on economics, social policy and international affairs, and Singapore still runs along the lines he set down. He was no butcher like Mao, no bungler like U Nu, not a prima donna like Sihanouk or Sukarno, and he never stuffed his pockets like Suharto and a good many of the others. He was squeaky clean, disdainful of personality cults and had the good sense to step back gradually as he aged to allow for a smooth transition of power. Lee Kuan Yew was totally dedicated to building the country he led and if any leader in the 20th century genuinely deserves to be called father of his country it is he. This is not to say that he was universally liked. He was often accused of being bullying, arrogant and intolerant and some of his critics spent years in detention without trial. But he said, and it is probably true, that Singapore would not have survived without a single vision and purpose, which is what he had and what he gave it. His suppression of communism almost certainly saved the country from that social and economic disaster. And he resolutely refused to allow religious, racial or linguistic issues to be used for political ends, thus sparing the country from bloodstained social divisions like those in Pakistan, Sri Lanka, Burma and elsewhere. The result is a well-managed, clean, safe and decent society.
Like most citizens, Singaporeans often grumble about their politicians and the policies they enact. But after they return from trips to smog-choked Bangkok, filthy chaotic Delhi, Jakarta where there are power cuts every night, and Rangoon where only the suicidal drink the water, they generally appreciate how lucky they are. In 2010 Lee was asked how he thought he might be remembered and he answered:  “I am not saying that everything I did was right, but everything I did was for an honorable purpose. I had to do some nasty things, locking fellows up without trial. Close the coffin, then decide.” The coffin is about to be closed.
Posted by Shravasti Dhammika at 7:55 PM 4 comments: 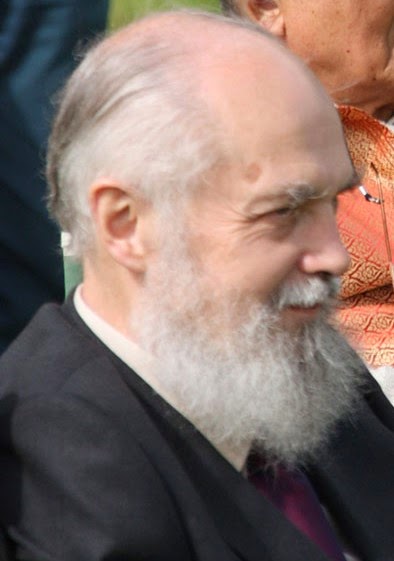 The outstanding Buddhist scholar and meditation teacher Lance Cousins has just passed away.  You can read something of his life and achievements here
http://www.samatha.org/lance-cousins
Posted by Shravasti Dhammika at 5:11 PM 1 comment:


Ambition (icchana) is an eagerness to acquire personal advantage wealth,  power, status or fame  – while aspiration (patthāna) is a gentle but firm determination to achieve something. The English word ambition comes from the Latin ambitionem meaning ‘going around’ while aspiration is related to the Latin spiritus, breath,  and comes from the French aspirare meaning ‘to breathe out.’ Ambition is not necessarily negative, but it does have a tendency to override integrity in its drive to get what it wants. And when it does get what it wants, it sometimes misuses it. Successful actors who end up becoming drug addicts, star athletes who cheat in order to win yet another medal, and wealthy businessmen who dodge taxes or steal from their shareholders in order to accumulate even more, would be examples of this. As the Buddha said: ‘Because of his craving for riches, the fool undermines himself.’ (Dhp.355). All too often, ambition just keeps us ‘going round,’ i.e. it further entangles us in samsara.   The so-called Self-Improvement Movement in the US would be a good example of a philosophy of life based on ambition. Behind all the talk of ‘the passion for excellence,’ ‘being the best you can be’ and ‘contributing to society,’ usually lies raw greed and selfishness.
Aspiration is a form of desire tempered by thoughtfulness, integrity and a self-interest that takes into account the interests of others too. While ambition is focused totally on the goal, aspiration never loses sight of either the goal or the means used to attain it. Aspiration allows us to ‘breathe freely’ (assāsa, M.I,64) after we have achieved our goal, because we know we have done it without compromising our values or disadvantaging others. Aspiration also understands that, while mundane goals may be useful in this life, spiritual goals benefit us in both this and the next life and will eventually lead to the state of complete fulfilment where we no longer strive for any goal, i.e. Nirvana.  The Buddha said one should, ‘put forth his whole desire, exert himself, make a strong effort, apply his mind and resolve’ to attain such goals (A.IV,364). And when he said that one practising Dhamma should be ‘moderate in his desires,’ he meant we should aspire towards worthwhile goals without allowing our aspiration to degenerate into ambition.
Posted by Shravasti Dhammika at 3:10 PM 3 comments: