This year had not been a particularly busy one for me.  It did however, mark two significant landmarks in my life; I turned 65 in October and I celebrated 40 years of being a monk. I made two overseas trips in the last twelve months. Together with a group of friends I visited northern Queensland  and when they returned after a week I stayed behind for another two weeks.  I spent July/August in France visiting family. While there my brother and I visited St. Nazaire where the famous commando raid took place during the Second World War. Over the last decade I have become increasingly interested in the history of WWII, perhaps an unusual interest for a monk. Our society had several prominent visitors this year. Bhante Dhammaswami from Oxford was holed up in Singapore with a broken leg, having fallen down in the Botanical Gardens. Bob Isaacson from Dharma Voice for Animals in the US paid us a visit, and Ven. Anoma stayed with us for a month. My Dhamma work received some recognition this year with the publication of Figures of Buddhist Modernity in Asia published by the University of Hawaii Press which includes a paper  about me by Meng Tat Chai. Other than this my year has generally been quiet. Only one new book came out, A Pilgrim’s Guide to Borobudur was published in Jakarta in English and Indonesian. I contributed an essay for the beautiful new coffee-table Sri Lanka: The Heritage of Water which was published in Colombo just last month. I also finished  my new book, A Banquet for the Buddha: Food and Drink in Early Historical India  although it will not be published until sometime next  year. I decided to cut my speaking engagements, only accepting several invitations  to organizations that have been supportive of our society over the years. Next year I plan to withdraw much more from public engagements so I can focus on writing and meditation.
I hope all my readers will have a happy, safe and fruitful New Year. 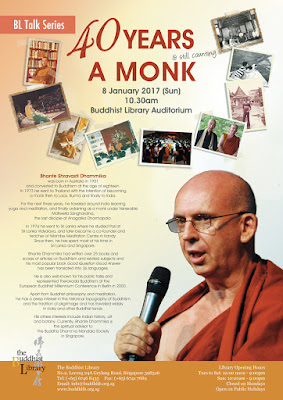 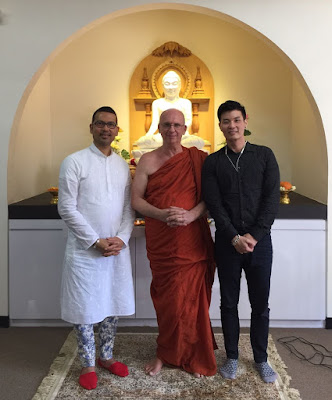 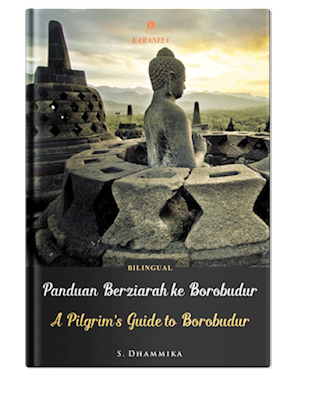 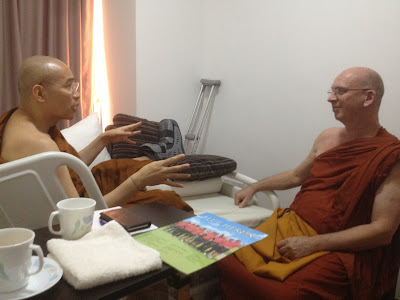 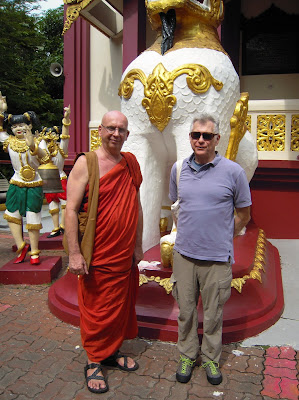 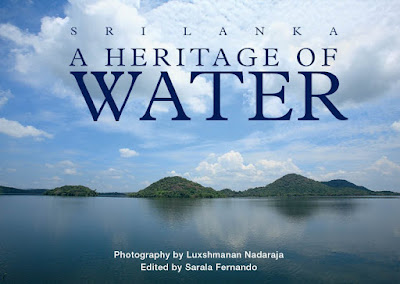 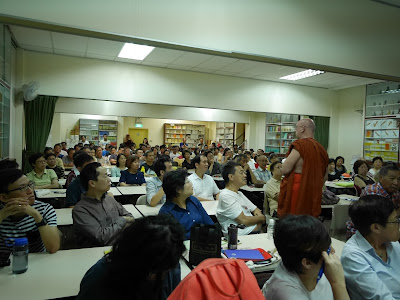 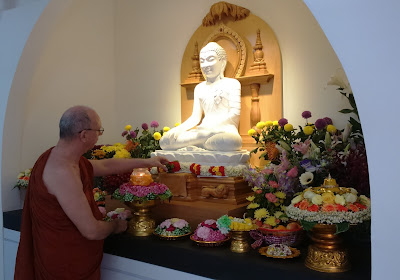 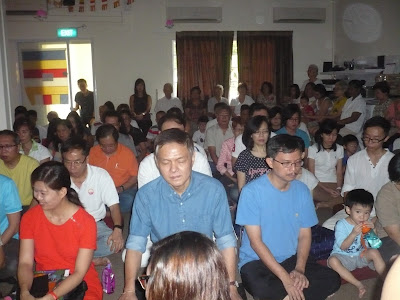 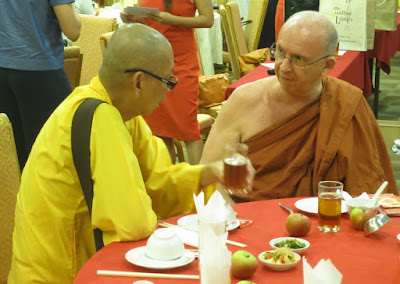 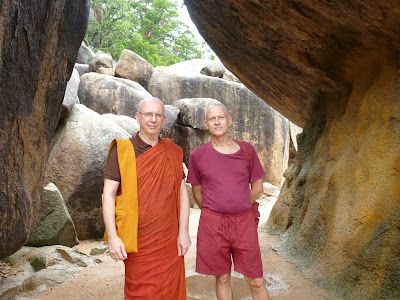 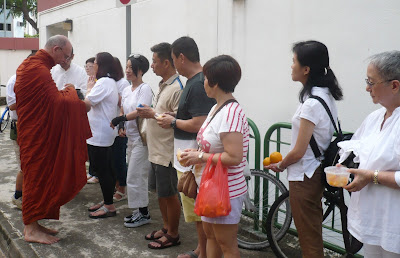 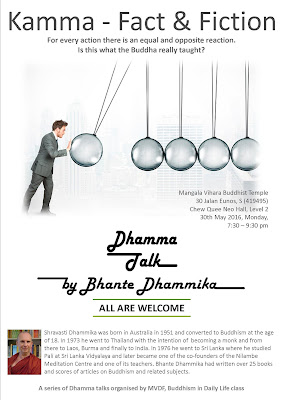 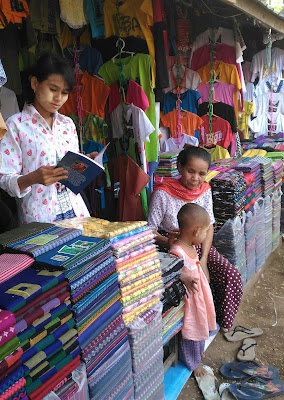 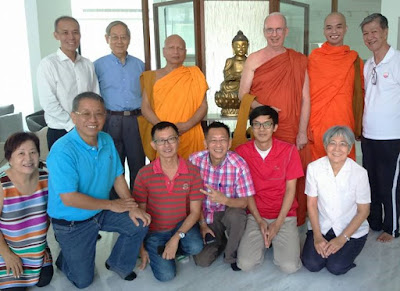 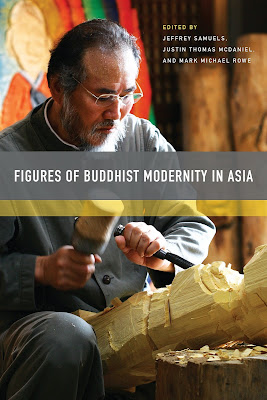 Looking at the Sri Lankan Encyclopaedia of Buddhism (SLEB) and all the more recent ones it’s immediately clear what the problem is. They cover all schools of Buddhism, Buddhist art, history, biographies, odd bits-and-pieces, as well as the actual Dhamma. All religions are diverse but Buddhism particularly so. The result is that trying to fit all this info into several volumes, let alone in one, in encyclopaedic detail, requires that most articles have to be kept small; in other words, they cannot be encyclopaedic. And that’s what we see in all the recent encyclopaedias. The solution? Well, as far as the Pali tradition goes, this is what I would like to see.   There should be an encyclopaedia which covers the Dhamma as presented in the Pali Tipitaka, and this would require at least three or four volumes. The translation of all Pali terms should be standardised, and where not, the reason for it explained. Articles on doctrine should be details, comprehensive and cross-referenced with other articles. Only a few articles should deal with the cultural and historical aspects of Buddhism; e.g. perhaps an article each on the history of Buddhism in Burma,  Thailand, Sri Lanka, etc. and perhaps several brief ones on the likes of Buddhaghosa, Dhammapala, etc.  The results of trying to fit everything in can be seen in the SLEB.  The article on ‘Love’ is just over six pages, the article on ‘Metta’ just over four pages, while the article on Mahathupa (a stupa in Anarudhapura, the ancient capital of Sri Lanka) takes up 17 pages. This sort of emphasis on Sri Lankan history to the detriment of important aspects of Dhamma was absent in the first several volumes SLEB but is  painfully obvious in the recent ones. Quite frankly, Thai amulet superstitions, Sri Lankan healing rituals, Burmese nat worship, and the like,  would be more appropriate in a book on anthropology. Another thing that should be kept to a minimum is what might be called scholastic equivocation. Peter Harvey’s otherwise excellent An Introduction to Buddhist Ethics  is marred by this sort of thing. On  alcohol, meat-eating, violence, homosexuality, and numerous other issues, it’s all “The Dalai Lama says this”, “The American meditation teacher ABC says that”, “According to the Tibetan understanding…”, “In the Tantric tradition…” and so it proceeds so in the end we have no idea what Buddhist ethics teach.  Again we have the problem of trying to fit everything in, and in this case, even opinions.  The Dhamma as presented in the Pali Tipitaka is pretty clear on most doctrinal and ethical issues. Where this is not the case it is usually possible to detect historical development. For example, most of the suttas in the Majjhima are earlier than the Vimanavatthu and the Petavatthu and this should be acknowledged and explained. An encyclopaedia such as this would be of enormous help to the present and future generations of Western Buddhists trying to absorb the essence of the Dhamma. There are now enough scholars, including several outstanding ones in Sri Lanka, who would be capable of undertaking a project such as this.
A few days ago I was  somewhat carried away in a daydream (I admit to sometimes doing this). I fantasised that I had won a lottery prize of $50 million, used the money to set up a foundation to produce an encyclopaedia, and that the first volume had just come off the press. Then the phone rung and I was abruptly brought back to reality. But one is allowed to dream sometimes isn’t one?
Posted by Shravasti Dhammika at 4:14 PM 22 comments: