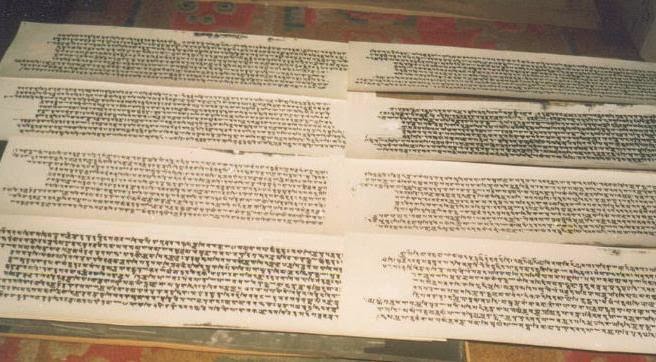 Posted by Shravasti Dhammika at 6:28 PM

Were there any accurate copies or visual records of these manuscripts made?

Dear Brahmavihara, all the Gilgit manuscripts were edited by N. Dutt and published in three volumes and if you can read Sanskrit most are available on line; see https://archive.org/details/gilgitmanuscript014822mbp The paintings on the wooden covers were all photographed and have been published in numerous books. But of course its always best to have the originals.

Apparently, according to this source, they have survived.

Dear William, yes! There seems to be mixed messages about the fate of the manuscripts, all emanating from Indian news reports – all destroyed, some destroyed some saved, and all saved. Time will tell.