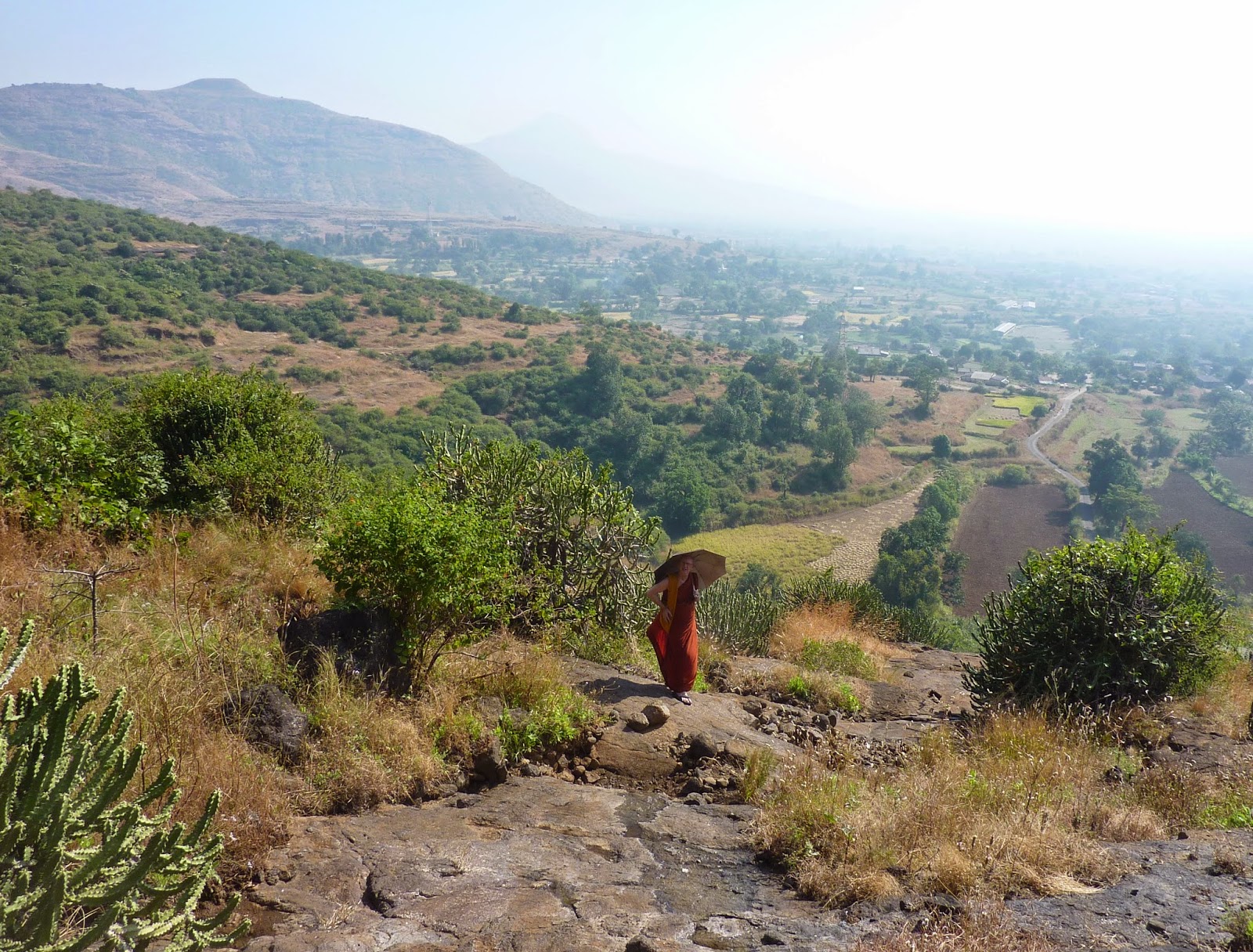 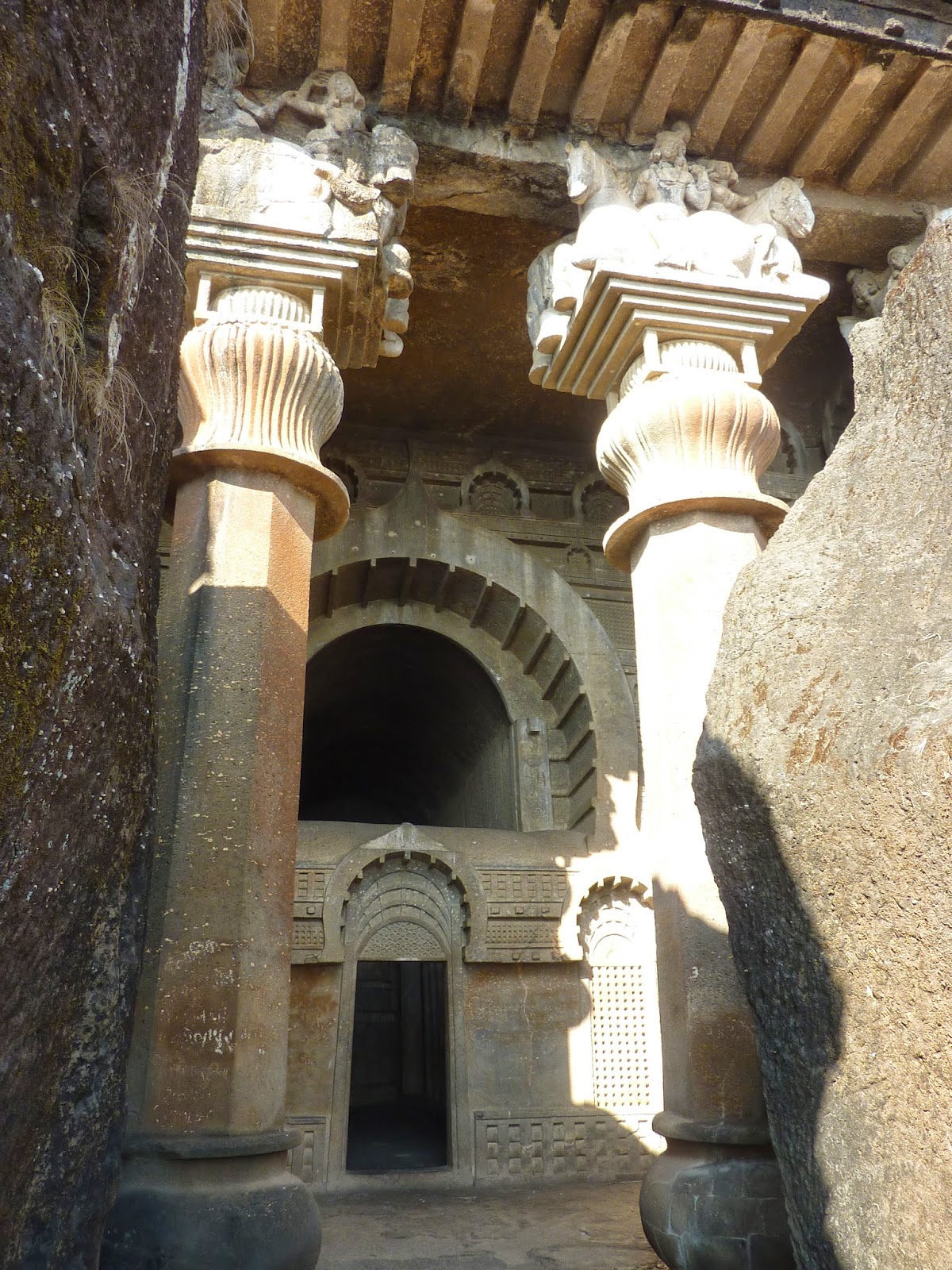 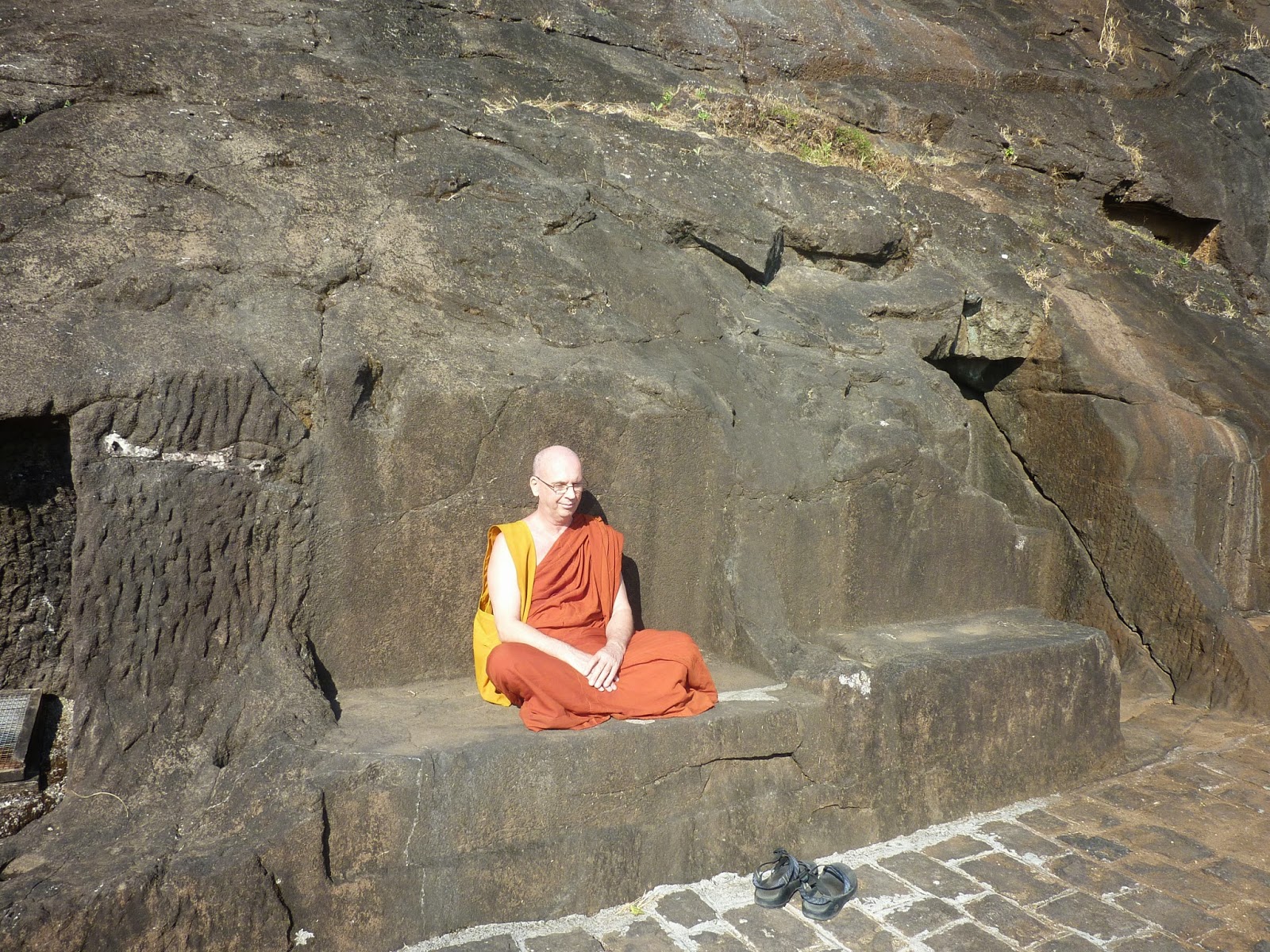 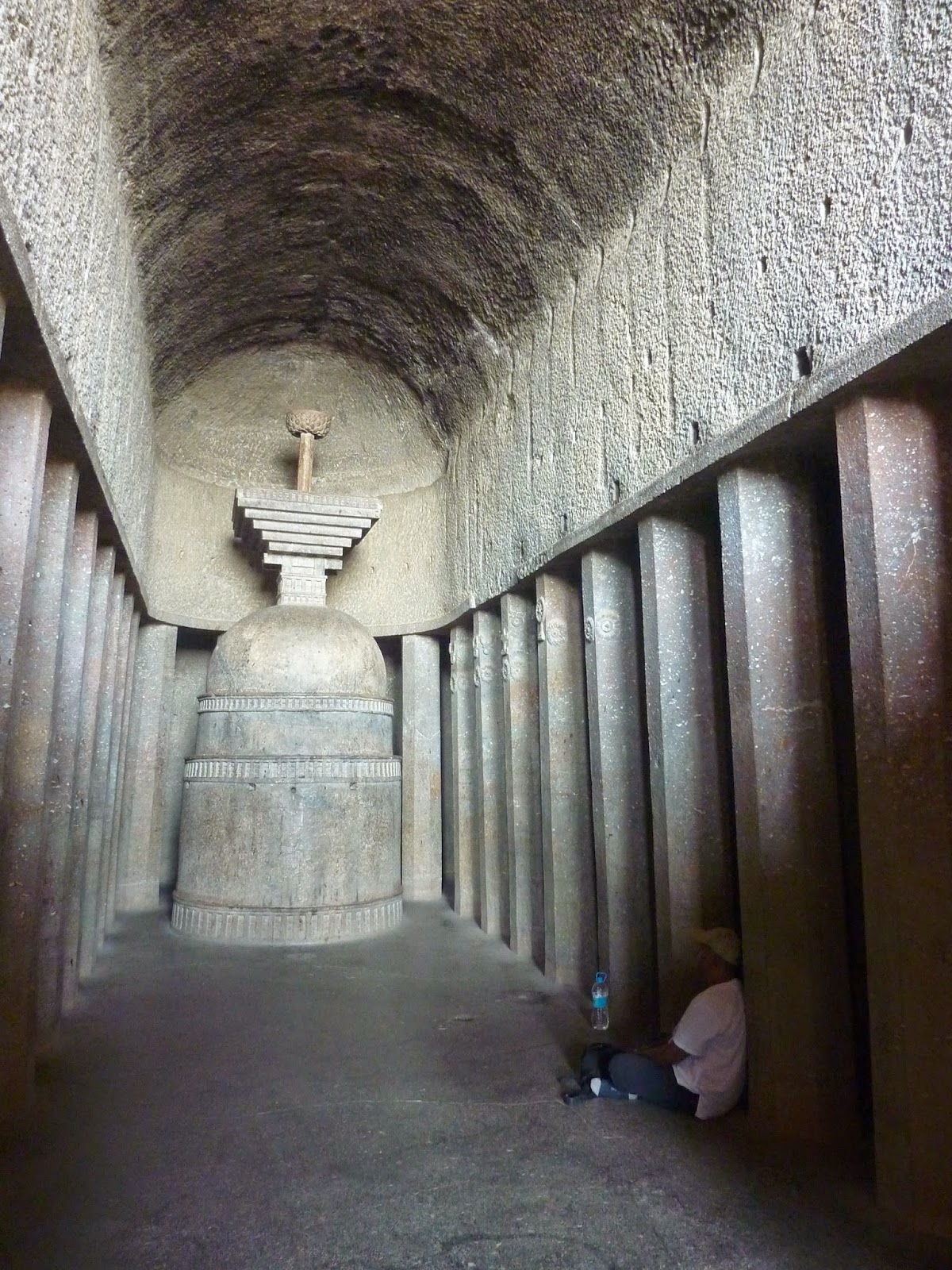 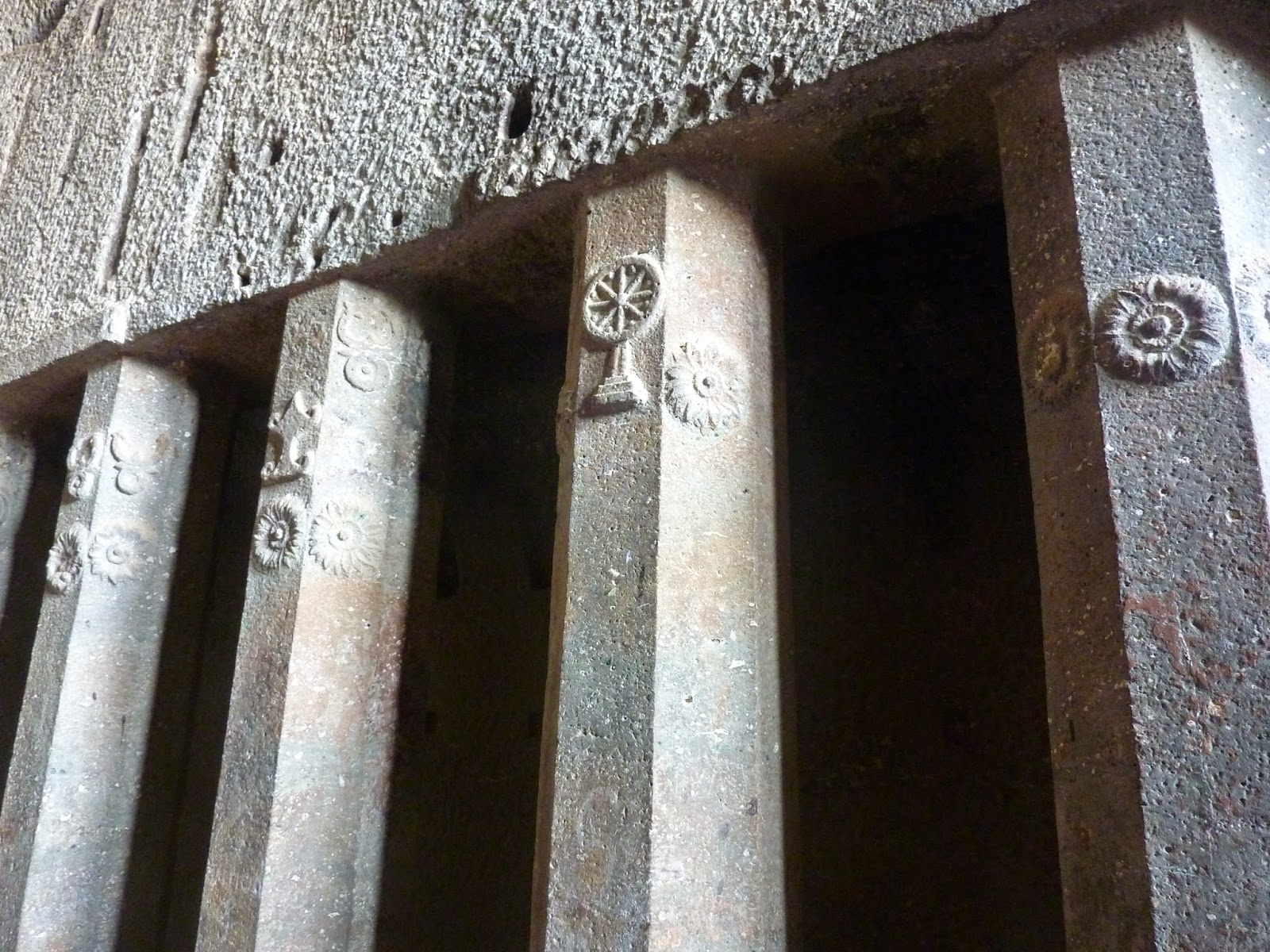 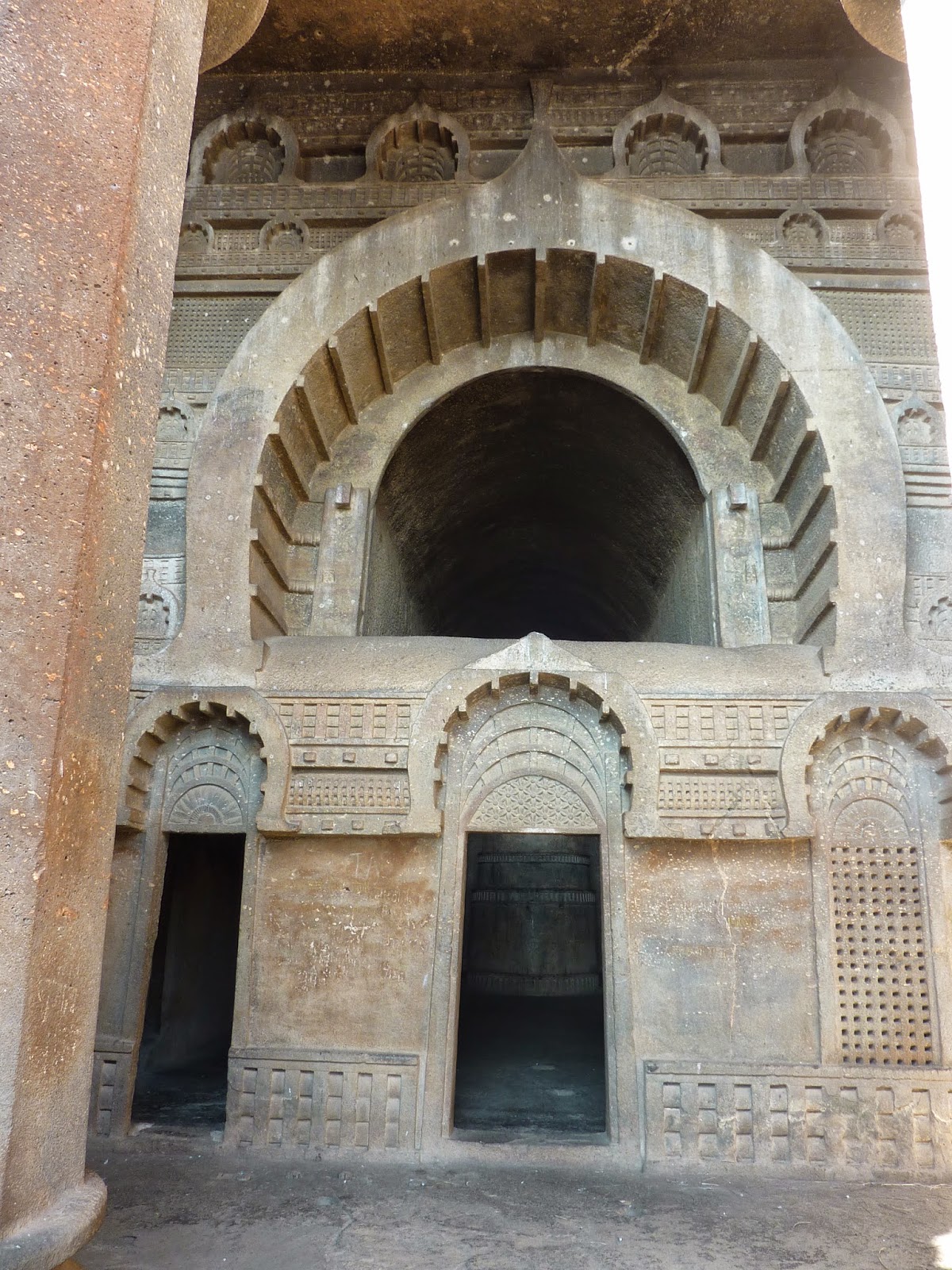 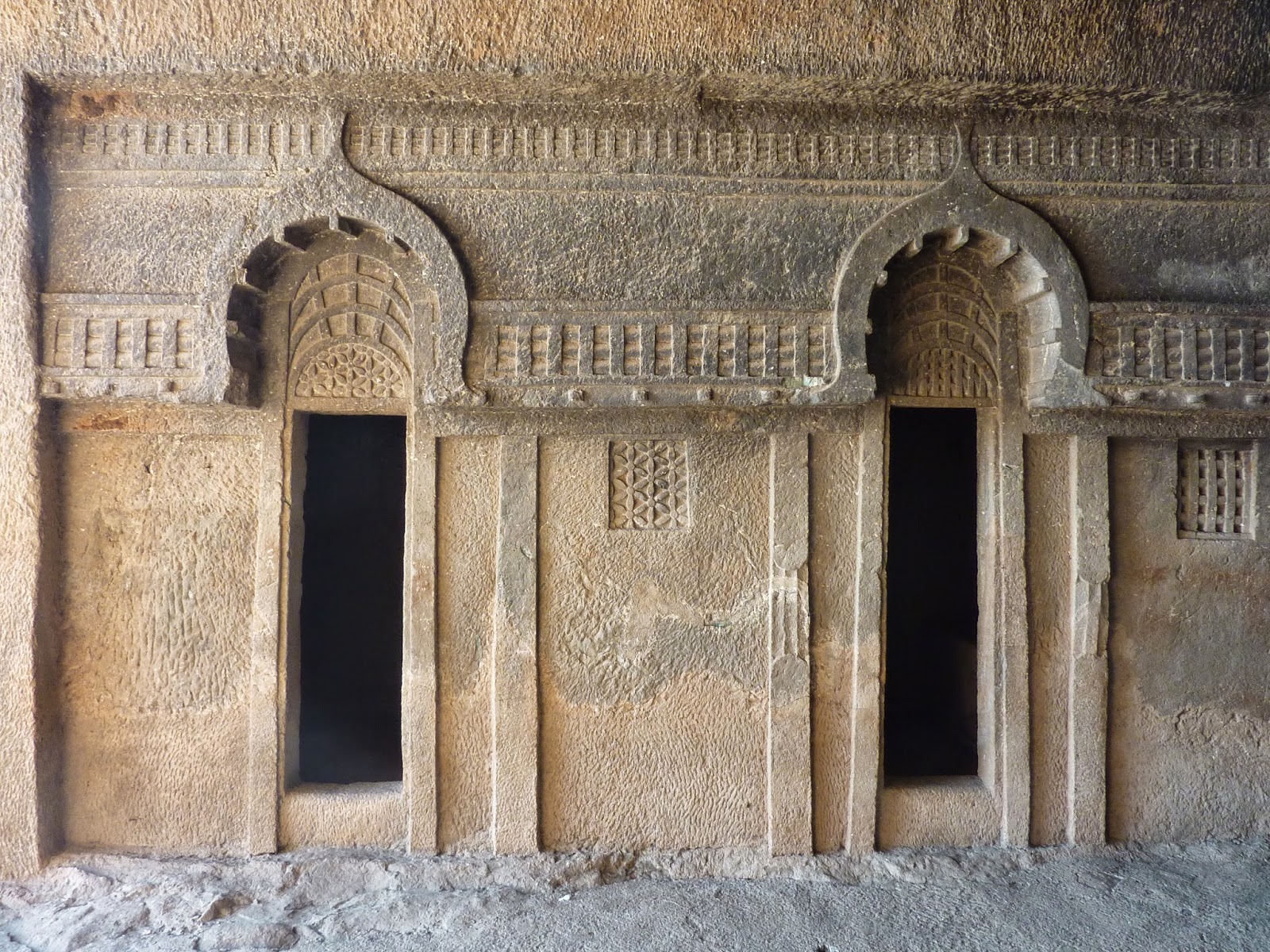 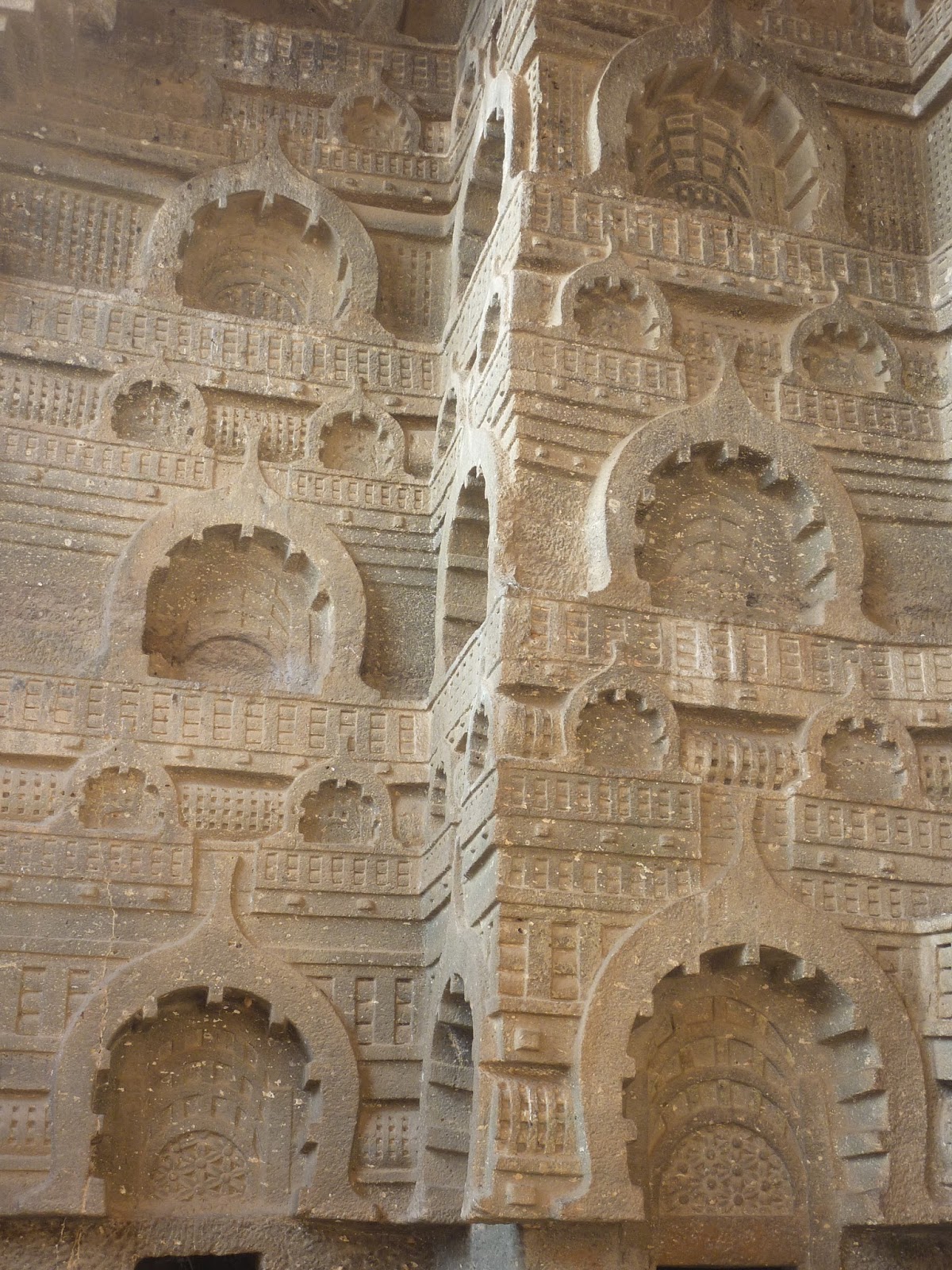 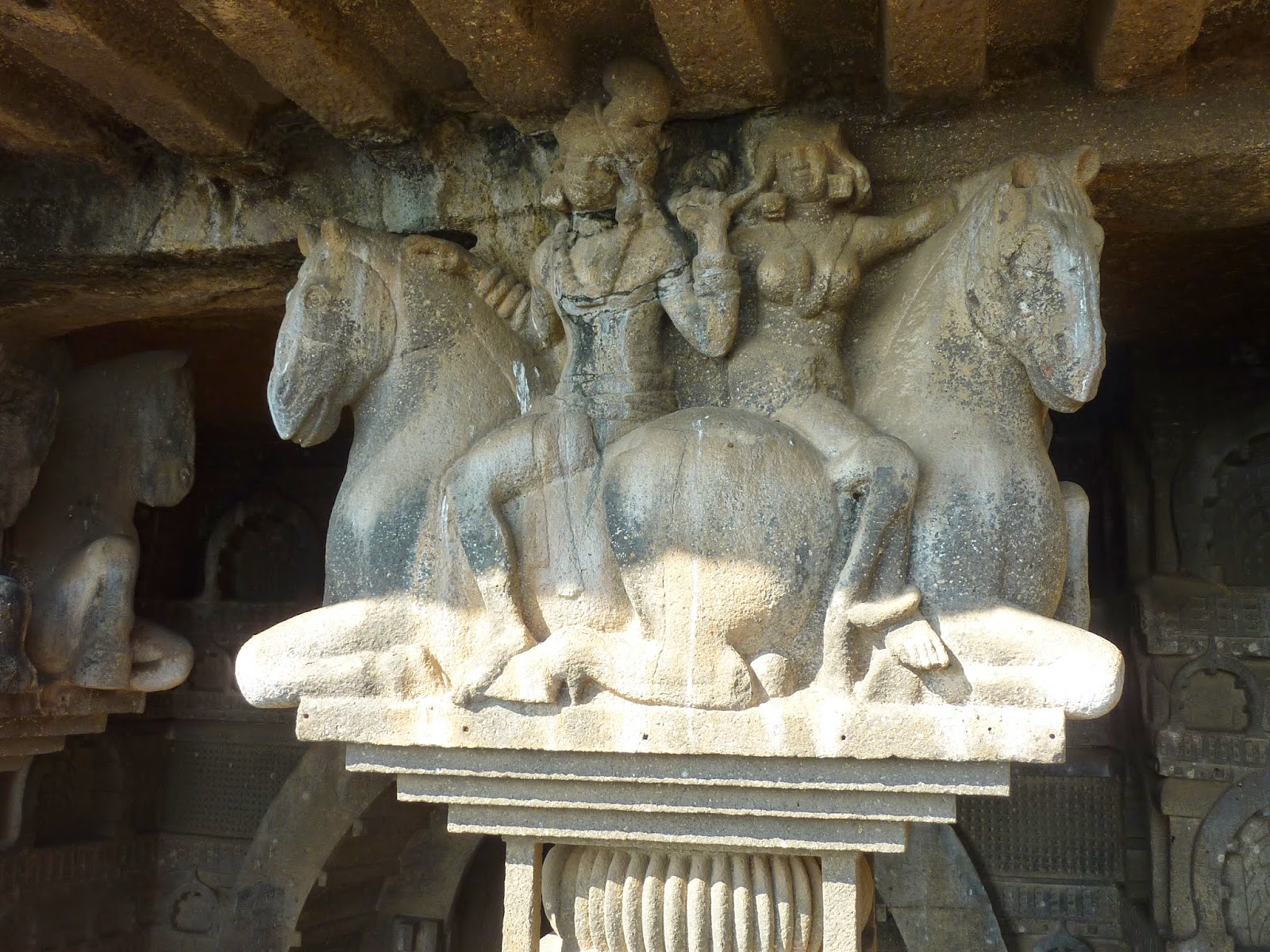 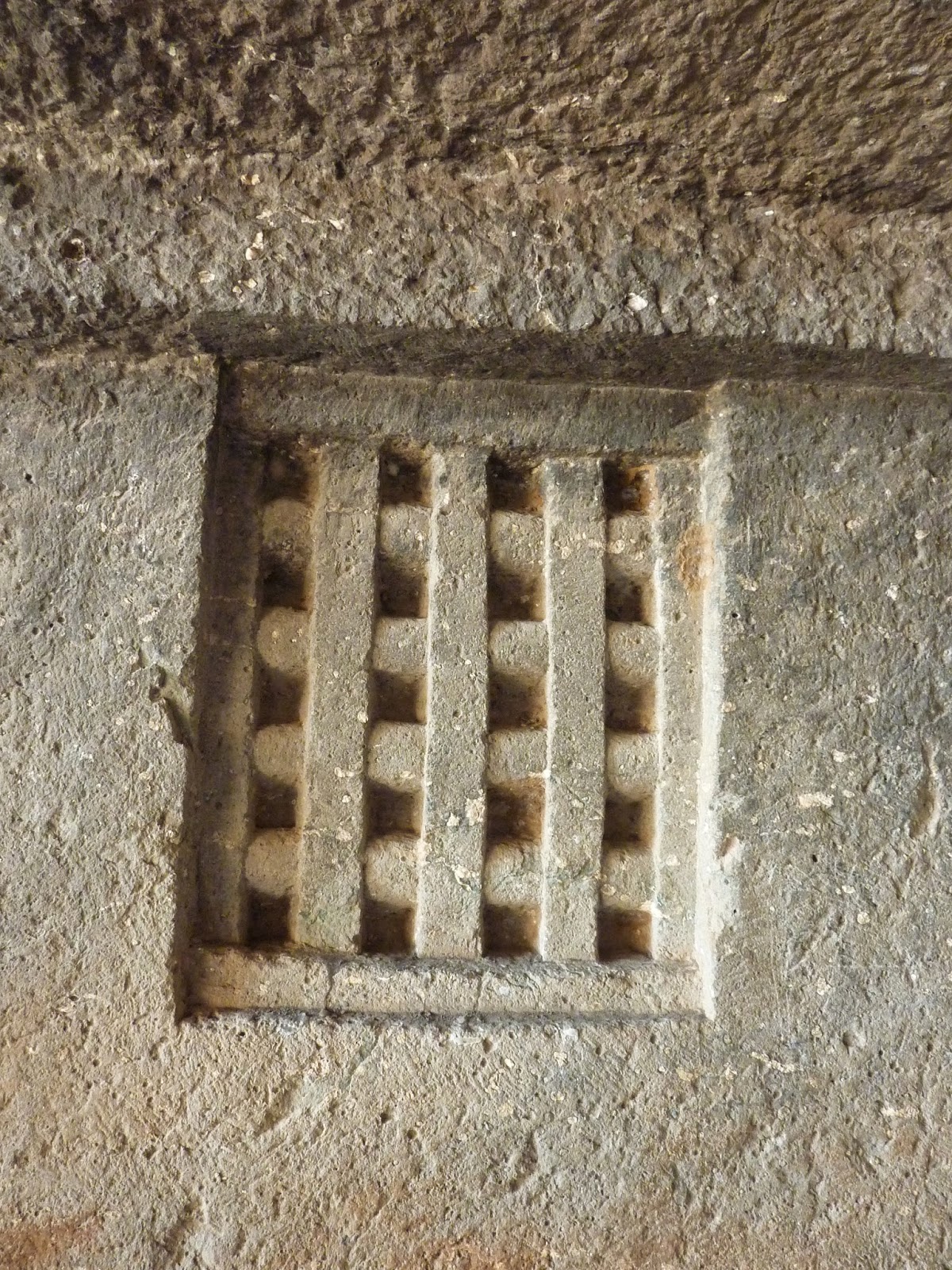 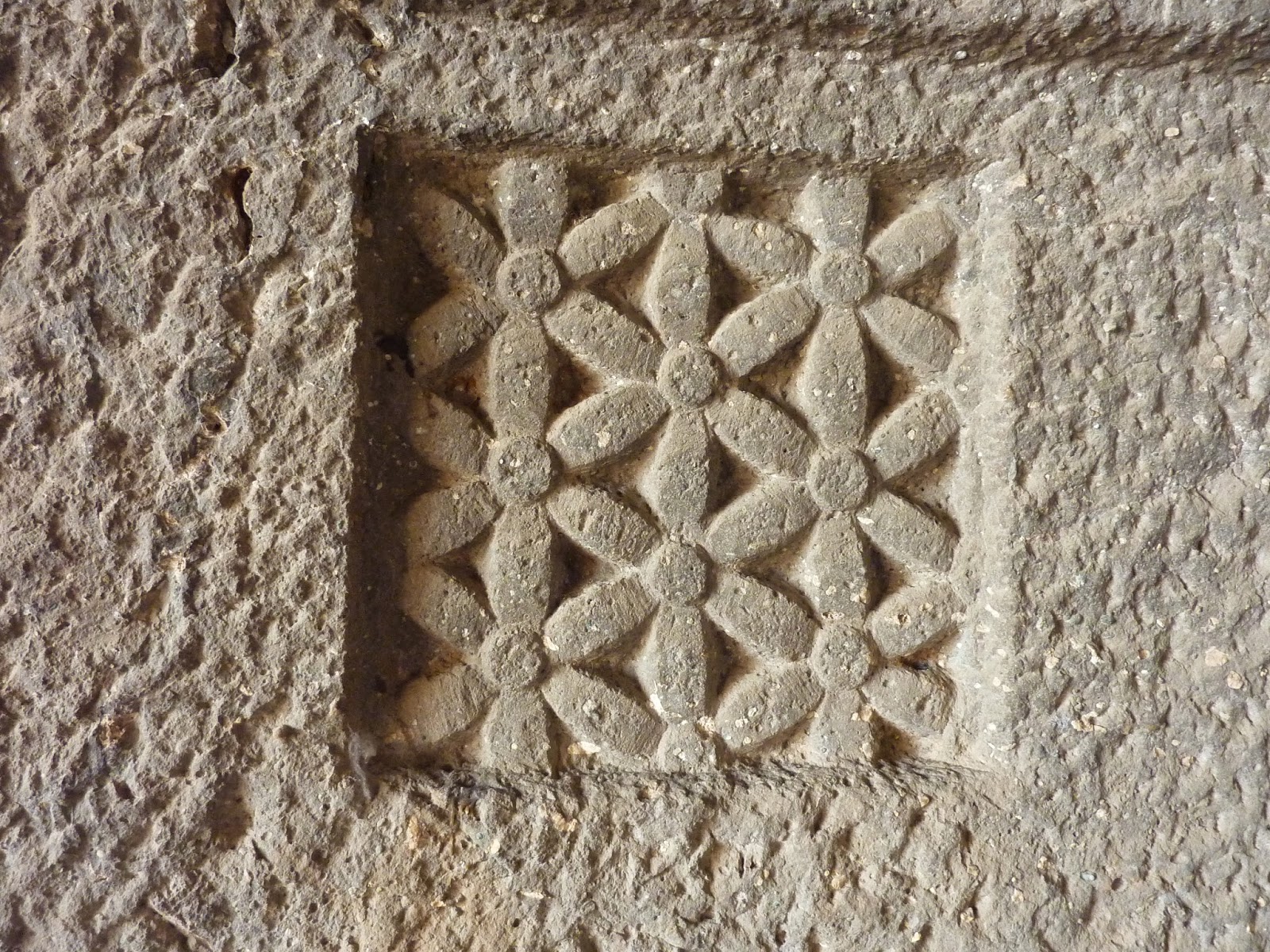 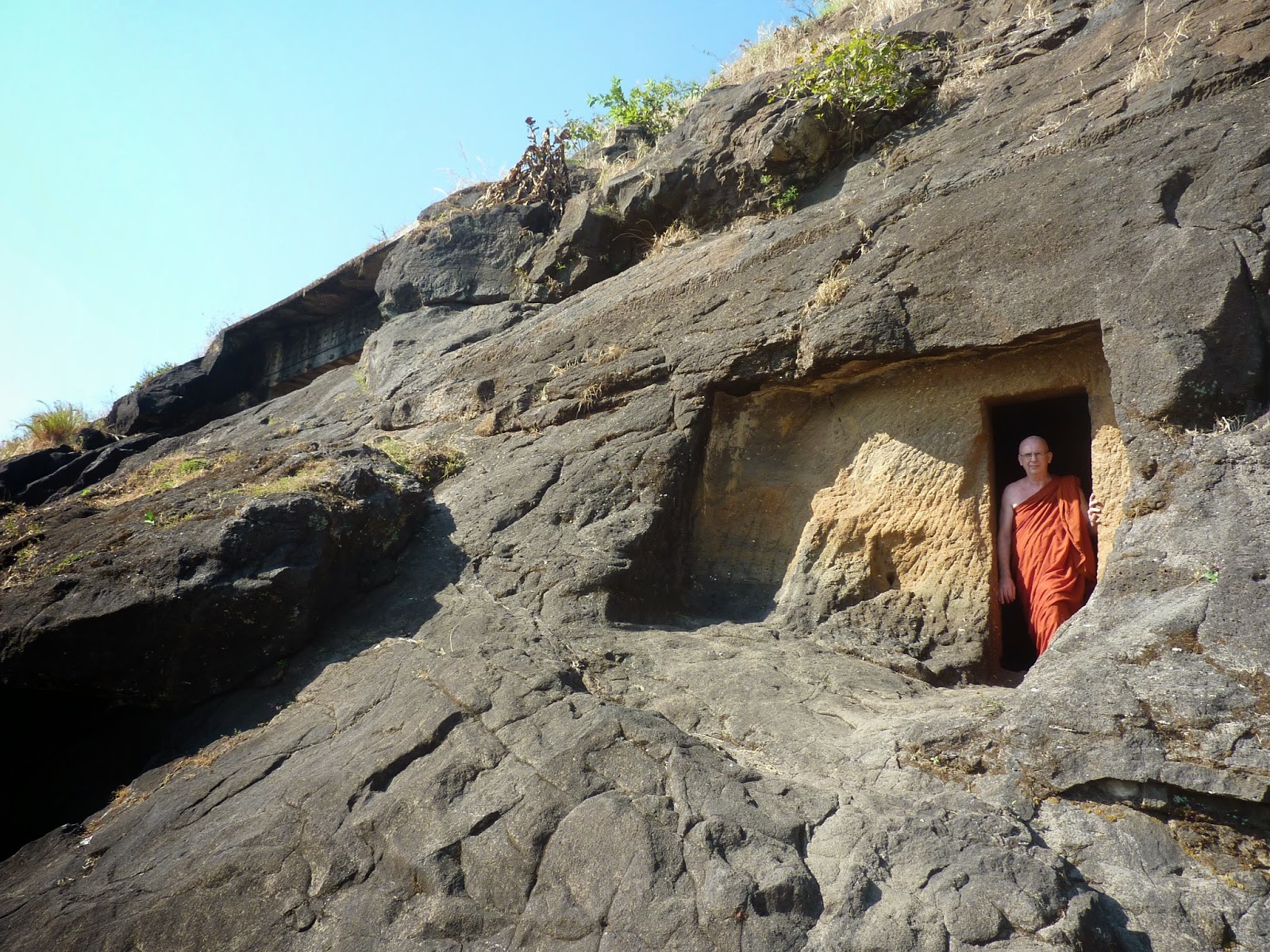 In the general area of Pune are three very ancient Buddhist cave temples/monasteries dating from about 150 BCE or even perhaps a little earlier. The most interesting of these, at least to my mind, is Bedsa. Situated on the side of a high hill with a sweeping view over the landscape, harmoniously conceived, executed so perfectly that   the stone could have been cut only yesterday, and with an austere but appealing simplicity, it is a gem of Indian architecture. Last November I had the opportunity to visit this beautiful place again after many years. After a strenuous climb up the hill you arrive at the cave entrance with its three  impressive pillars. Along the edge of the platform in front of the cave are several   rock-cut meditation seats set back so that the meditator’s eyes would be shielded from distractions to his left or right, his eyes would rest only on the sky empty sky and the mountains beyond.  The main assembly hall has six-sided pillars on either side and a small stupa at its far end. The acoustics in this hall are perfect  as I and my two companions discovered when we chanted the Metta Sutta together. Although going deep into the rock this hall is not gloomy, the large Bodhi leaf-shaped window letting in plenty of light and air. In fact, this Bodhi leaf-shaped motif, characteristic of much early Buddhist architecture, is used to most pleasing effect throughout Bedsa, on the windows and doors and particularly in the façade. Other than this, the only adornment in the whole of Bedsa is on the capitals of the three pillars at the entrance which show lively couples riding a horse, a bull and an elephant. It is difficult to know how long Bedsa was inhabited for as it has no later additions. Either it was abandoned after a few hundred years or its monks were content with their modest monastery and resisted enlarging it or decorating it. The glory of Ajanta is its grandeur and size, the appeal of Bedsa is its modest simplicity.
Posted by Shravasti Dhammika at 2:53 AM

Thank you for sharing these gems.

How wonderful. Thanks Bhante.

I'm so so glad that you came to Bedse Caves finally. You are a humble person, and the fact is that such beautiful caves belong to the people like you who use the caves for meditation than for any other purpose.

By the way, I hope you remember me Sir!