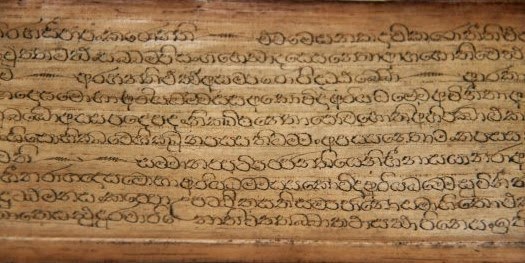 SuttaCentral is a website that gathers the early Buddhist texts in both original languages and modern translations, and shows the parallels and relationships between them. It currently hosts texts in 30 languages. SuttaCentral was built by Bhante Sujato and a number of volunteers and partners. The project has now reached a size, however, where they need a full time developer. In addition there are other other ongoing costs, such as typing the texts in several languages, including Hindi and Bengali. So they have made an online donations facility for those that want to support this work. Details are on the SuttaCentral.net/donations page.
The facility has been set up using the secure modern payment system, Stripe. If you think SuttaCentral is amazing, now you can help make it even better.
Posted by Shravasti Dhammika at 7:10 PM

Hello Bhante,
May I point you out that the hyperlink to https://suttacentral.net/donations does not work? It takes the browser to https://www.blogger.com/%3Ca%20href= , which in not a valid site.
Thank you for letting us know about SuttaCentral!
Sadhu! Sadhu! Sadhu!

Dear Alessandro, thanks for that. I have corrected the link according to Ven. Sujato’s advice.