Dong Duong is a large town in central Vietnam some 53 k from Da Nang. In ancient times it was called Indrapura and was the capital of the Chams. Towards the end of the 9th century the then Cham king Jaya Indraverman built a temple in Dong Duong that was to be one of the most magnificent ever built in S E. Asia. The temple was completed and consecrated in 875. It consisted of three complexes within a large walled compound – a pillared hall, a mandapa, and western-most shrine, the whole being 1,300 long and 155 m wide. The hall contained a superb 1.19 m high bronze standing statue, either made in Sri Lanka or made in the Sri Lankan Anuradhapura style. 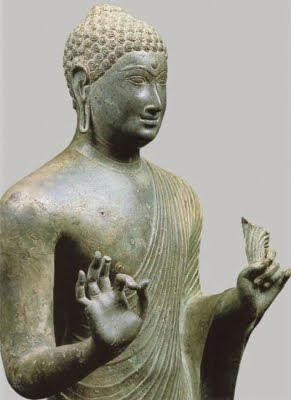 At the west end of the hall was a huge stone Buddha image in the so-called European manner, its elaborate pedestal depicting events in the life of the Buddha. 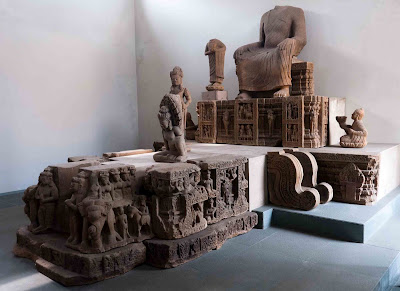 The western-most shrine housed a statue of Avalokitesvara but this has not survived. This shrine had two dine door guardians (dvarapala) it its main entrance. 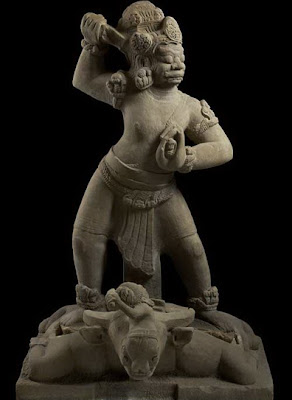 The great French archaeologist Henri Parmentier excavated Dong Duong in the 1920s and fortunately moved most of its sculpture to the museum. I say fortunately because in the late 60s the Americans bombed the temple leaving only the foundations. In 1978 a farmer discovered a beautiful statue of Tara in a field adjacent the temple site. It and all the other sculptures can be seen today in the museum at Da Nang.
Posted by Shravasti Dhammika at 12:58 AM

Some one informed me many years ago that there was at some stage in the past, both Mahayana and Theravada traditions in Vietnam. These remarkable relics seem to confirm that.

Very nice article.
Wow, I really love when you talked about something historically related.
Thanks for sharing about it.