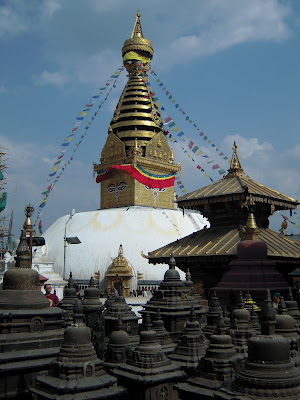 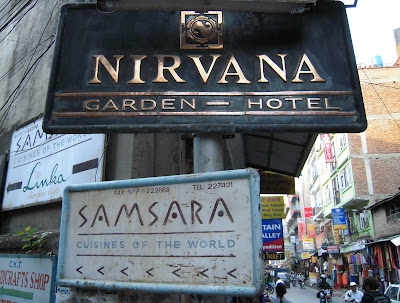 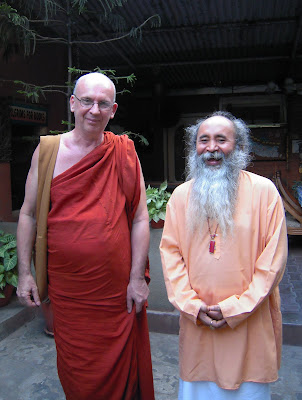 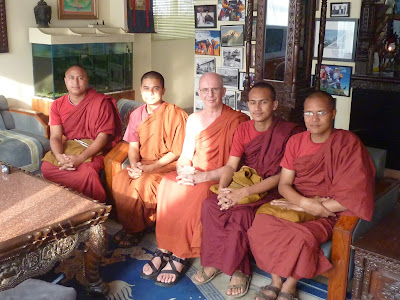 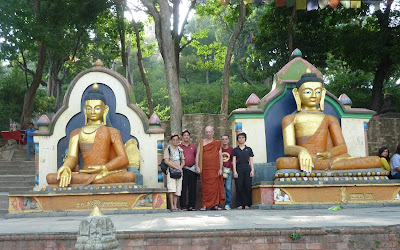 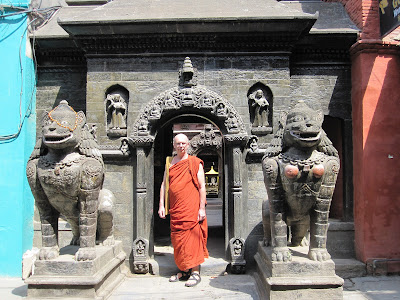 Posted by Shravasti Dhammika at 7:59 PM

Looking forward to many more photos! Sadhu! Sadhu!! Sadhu!!! for the translation of GQGA into Newari.

Ven. Dhammika, how can I contact you through email?
Thanks in advance,
Wilson.

Namaste and Good Morning,
Vente;
This is really great,Vente !! I'm very happy to see you and your Mustang trek blog.Thanks for your kindness and nice help.

Convey my regards to all the Mustang trek team !! See you and have a great day !

Dear Shravasti Dhammika,
Warm greetings from the Himalayas!
We are so glad and really very happy to see and read your great Blog with the candid words about Nepal and Mustang trekking. It was our great pleasure and we were very much grateful to serve you and your whole team for trip to Mustang.
By the way, the company name has been changed a little bit as Alpine Eco Trek but the leaders and guides are same as before!
Faithfully yours,
RK and Team
www.alpineecotrek.com

Dear Vente! Thank you for your nice blog about Mustang trek! Yes, as Alpine Eco Trek said the name of the company has been changed as to Alpine Eco Trek and their websites are http://www.alpineecotrek.com for Nepal trips and http://www.ekailashtour.com for holy trips to Mt Kailash and Tibet.
Yours sincerely
Manegment team of AET

Annapurna Base Camp Treks" is an amazing roam around differing scene and culture finish with rich mountain scenes, terraced fields, weird Gurung towns and a wide gathering of verdure. Mt. Annapurna(8,091m.) tenth highest peak of the Earth and the trip to its base camp, which is at 4130m/13549ft stature, is a champion which is a unavoidable roaming places on the earth. We fulfill our target by strategies for Mt. Machapuchhre (Fishtail) which is adored by the Nepalese for its excellent splendor. By righteousness of the especially arranged timetable of the Annapurna Base Camp trekking pack, it is a standard decision among different outside fans, from an execution female voyager to pioneers taking off in get-together to Nepal.
Annapurna base camp trek is prestigious for trekkers. The essential summits of the western bit of the critical Annapurna Himal, including Hiunchuli, Annapurna South, Tooth, Annapurna, Ganagapurna, Annapurna 3 and Machhapuchhare, are sorted out unequivocally around 10 miles in breadth with a noteworthy ice sheet secured amphitheater at inside. From this frosty mass bowl, known as the Annapurna Shelter, the Modi Khola knifes its route south in a thin gap absolutely 12,000 ft. noteworthy. Impel south, the gorge opens up into a wide and gainful valley, the scope of the Gurungs.

We are a small and independent Kailash tour trekking operator in Nepal and Tibet who strive to offer high quality and personalized services at affordable price. We specialize in Mount Kailash region where we have a wealth of experience and deep knowledge. Each of our Kailash tour itineraries are meticulously designed and tested by our tour experts. Our tours are conduct in small groups, led by honest, friendly, English speaking guides and leaders with years of experience in this flied. We are a fully licensed and one of the best travel companies in Kathmandu for Kailash trips recommended on TripAdvisor and Lonely planet.
Our mission is to share Kailash tour experience in an authentic, respectful and environmentally friendly manner with pilgrims from around the world.
Kailash tour team at our company is made up of experienced leaders, guides, drivers, cooks and helpers who are dedicated to meeting your needs. We stand ready to handle all aspects of your visit to the sacred mountain with our extensive knowledge of the region, experience, respect, humor, good will, first class equipment, and flexibility. Your health and safety are primary concerns.
Our Kailash tour packages can originate in Kathmandu, Simikot or Lhasa, it can range from 1 week to a month in duration depending on your wishes & goals. We can handle all aspects of your journey including obtaining visas, route permits, transportation and hotel accommodations. Let us help make your visit to sacred mountain your trip of a lifetime. Please call or email us. We will be happy to answer your questions or develop your itinerary. Once you book your trip with us, your comfort and happiness is our responsibility!
more info on:
www.kailashtourtrek.com