Our ultimate destination in Mustang was to get to Lo  Manthang, the walled town which is the capital of the region.   Much of the track that leads from the south to the town follows the Kali  Kandaki River. Flowing as it does between  the 8167 m high  Mt. Dhaulagiri   and the 8091 m high Mt. Annapurna this river cuts what is believed to be the deepest gorge in the world. No matter where you turn you are confronted by sheer cliffs, strangely eroded hummocks and on the horizon, soaring snow-capped mountains. Wherever there is flat ground and water for irrigation there are small villages surrounded by green fields and orchards. Sometimes at lonely places far from   habitation one sees stupas or mani walls, reminders that this is a Buddhist land. While  evoking interest and sometimes even awe,  none of the vistas are enough to take  make you forget just how difficult the trek to Lo  Manthang is. Between Chele and Samar the path is  almost vertical and seems to go on for ever. The assent from Yamda to Syangboche makes the knees ache so much that when you reach the bottom you can hardly walk. Another difficulty is the wind, sometimes howling, at other times full of grit and dust, which   usually starts blowing after midday. Buddhist monks robes were not designed for windy places and mine was continually blowing off or filling with gusts like the sail of a  ship so as to force   me sideways or blow  me over. This was very trying and added to the exhaustion.
Only a brief but very disconcerting experience was crossing the several suspension bridges on the way, the most scary one leading to the village of Gaykar . Each step you take makes the bridge wobble and if you look down you freeze with horror at just how far down it is. I should mention that all these bridges are very sturdy, but your imagination keeps pushing this knowledge out of your mind.
The ruins of numerous forts throughout Mustang speak of its   tumultuous history;  petty lords vying with each other for power and invasions from neighbouring states. By 1768 the Gurkhas had conquered and united most of what today is modern Nepal and then turned their eyes to Mustang. It seems they did not invade Mustang but   its king   became a tributary of the Gurkha court, paying a yearly tribute while remaining independent in all but name. In 1962 the Raja Abolition Act divested all Nepal ’s minor rulers of their power, an exception being made for the king of Mustang. After the Chinese invasion of Tibet Mustang became the base for Khampa  resistance  organized   and financed by Taiwan and the CIA. Eventually  Chinese pressure on Nepal put an end to all this and the Nepalese government took full control of Mustang and ending any power the king had. However  Jigme Dorje Palbar Bista must be still regarded with respect  because I noticed   pictures of him and his queen in most homes. 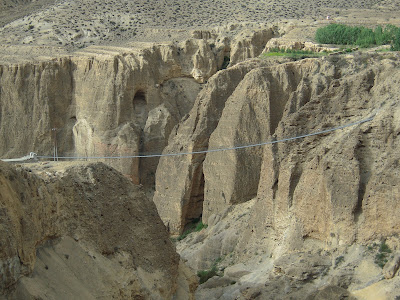 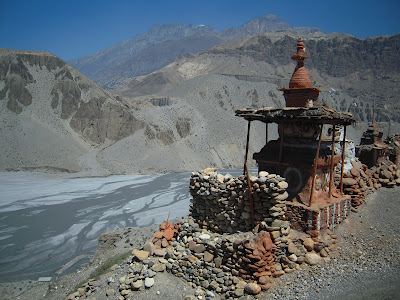 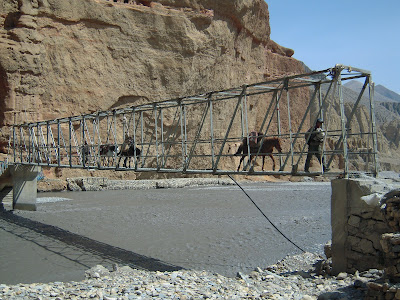 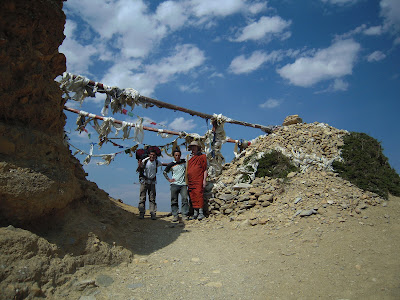 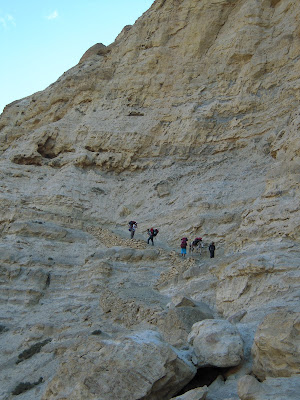 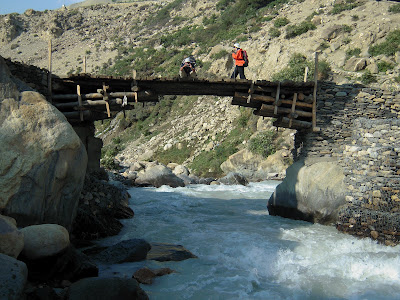 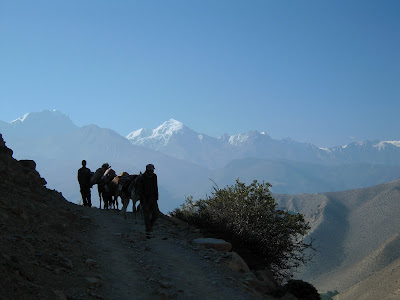 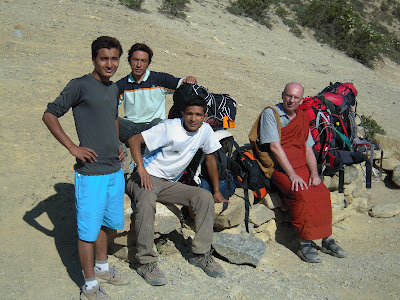 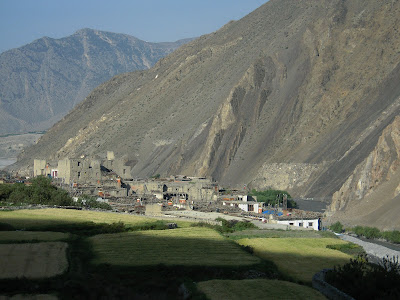 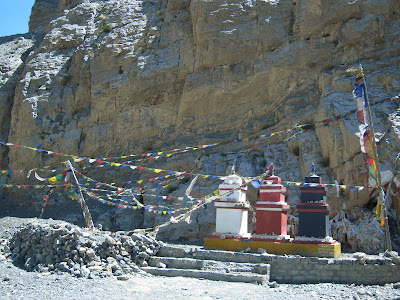 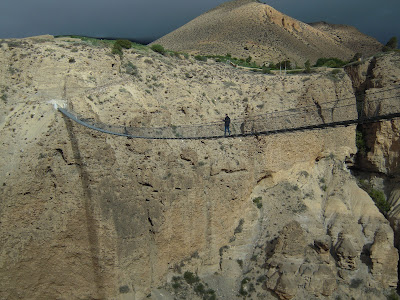 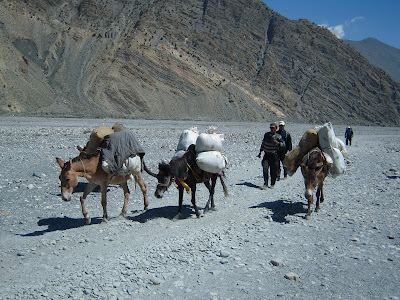 ﻿
Posted by Shravasti Dhammika at 5:52 PM

Dear Bhante
Just curious, do you take down diary or take some notes while you were travel in Mustang ? Or you wait till you come back and then recalled and write it down.
Anyway,enjoy your reading and photos.

Please excuse me if this is not the proper place for me to say the following. I want to thank you for your book Good Questions Good Answers. It answered so many questions I had about Buddism but more importantly it made me less alone in my beliefs. The part where you explain about why you don't believe in God threw me back. It was how I have always felt but was to guilt ridden to talk about. Reading your blogs have opened my eyes and made my laugh. Thank you. I have so much more to say but more importantly ask. How may I contact you. Even if I don't hear from you, thank you. You have started me down a path I've been looking for.

Dear David,
Thanks for your kind message. Open eyes and induce laughter, that’s what I have aimed to do in my blog, at least most of the time. You may be interested to know that today is the 25th anniversary of the first publishing of ‘Good Question Good Answer’ and we are having a small get-together to celebrate it. You can contact me on pitijoy@yahoo.com

How appropriate! I have no doubt that it will help people for another 25 years and beyond. I loved the simplicity of the answers that my western upbringings could understand and relate to. I wish you and you friends a joyous time. My email will be coming shortly. Thank you so much, I am very grateful.

Delighting in the photos and commentary on Mustang of course. I was touched by David's heartfelt comments. Sadhu!

Bhante, maybe there should be a copy of GQGA in a drawer in every hotel room in Thailand/Sri Lanka/Burma/Singapore?