A few years ago I had to wait eight hours in Dubi  airport for a connecting flight. I spent most of the time keeping boredom at bay by reading a book. At one point I became aware of an argument going on somewhere. Looking around  I  saw two women in the distance coming towards me, angry words  getting  louder as they approached.  They stopped near me and one woman, apparently an airlines passenger liaison officer, opened her office and invited the other woman to come in. The other woman shouted:  “I will not come in. I want another ticket, I want it now and I will not pay a cent extra for it!” Problems at airports can test patience and fray nerves but this woman was being very unreasonable. After five minutes of watching her tantrums even I was starting to get irritated. She was not just angry, she was refusing to be placated. She shouted, hurled abuse, threw her arms around and at one point even raised her fist as if to strike the other woman.  The amazing thing  was that throughout this whole incident the liaison officer never raised her voice or appeared to lose her temper, although she did look harassed. After at least 20 minutes of tantrums and yelling the angry woman stormed off.
I was so impressed by the officer’s behavior that I went to her office, introduced myself and said to her:  “That is the most impressive thing I have seen for a long time, I mean, how you dealt with that lady.”  She smiled tiredly, thanked me and said modestly that she was only doing her job.  “Maybe” I said,  “but it  is quite an achievement to keep your cool in such a situation. How did you do it?”  She told me that the airline she works for has special training programs on how to deal with difficult customers. Then she added:  “I do a bit of meditation too.” I was so pleased to hear this and I asked her what sort of meditation she practiced. Just them a passenger in need of help came and we couldn’t continue our conversation. But  whenever I start to get annoyed by some small matter I try to remember how this woman remained civil and calm ‘in the midst of the storm.’ 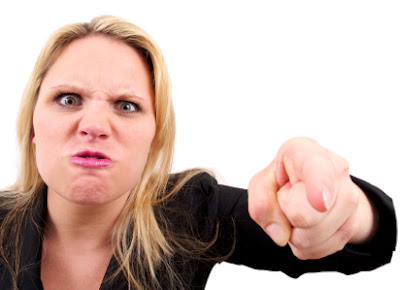 Posted by Shravasti Dhammika at 3:55 AM

It is an interesting encounter,Bhante.Is she an Emirati?

Dear Phyo, the airline lady was English but I cannot recall which airline she worked for.

Thank you bhante. For helping me to discover buddhism. I am grateful to you.