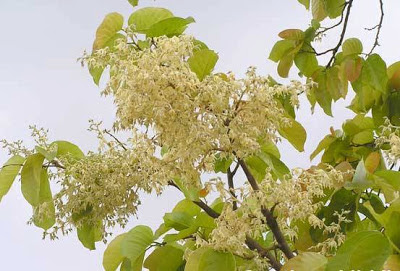 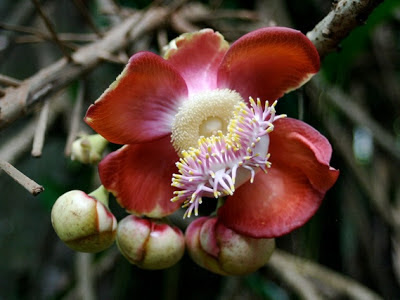 Posted by Shravasti Dhammika at 2:38 PM

Thanks for your post, Bhante. They're always so interesting.

To be showered in Sal blossoms certainly does sound more befitting of Buddha's final day, than to endure a bombardment of those canon-balls. Ananda would have had to bat them away or whip out a parasol.

«As the Buddha lay dying at Kusinara it was Sal blossoms that sprinkled down on him, not cannon-balls!»
This made my day! :-)
Better later than never, happy Vesak, Bhante!

I was also confused about the sal tree.
I am researching the presence of trees in the Therigatha and Theragatha and this led me to investigate the relationship of Buddha with trees.
Thank you very much for this entry, has cleared a little of my confusion
_/\_

Please correct tag and caption for the second picture of a dark pinkish flower, not Sal and clearly mislabeled by you as Sal on your photo tag! It should be labeled as A cannonball tree flower (Eugenia jambolana)as done for the following recent article: