Over the next few weeks I am going to talk about love, a project not as easy as it might seem. Because although love is often talked about, eagerly professed, praised, and said to be the solution to many, sometimes to all, problems, there is no consensus as to exactly what  it is. It is quite normal to speak of true love, puppy love, hard love, love at first sight, the love that dares not speak its name, platonic love, unrequited love, love-hate relationships, universal love and love with open eyes. Psychologists refer to “love styles” or “bond varieties”. We also have many words and phrases for those mind states that are not love but which hover around its edges - affection, fondness, warm feelings, kind regard, closeness, liking, devotion and so on. The Buddhist scriptures contain numerous words for love such as  ādara, atthakāma, dalhabhatti, hita, kāma, lokassādara, manāpa, matteyya, mettā, paṭibaddhacitta, paṭisanthāra, pema, petteyya, piya, sambhajeyya, sampiya, siniddha, sineha and vissāsa. Some of these words are synonyms, while some refer to distinct types of love.  Although it is not always easy to find exact English equivalents for them, others can be identified with certainty. For example paṭibaddhacitta means infatuation, petteyya is love of one’s father, kāma is erotic or sensual love, and vissāsa means  innocent trusting  love, such as small children have. However, the most widely known Buddhist word for love is mettā, Sanskrit  maitrī.  Okay! So what is maitrī? It is usually translated as universal love or loving-kindness, i.e. a love that is undiscriminating and free from clinging and attachment. The Culla Niddesa defines mettā like this: “Mettā means having a friendly nature and behaving with friendliness.” Buddhaghosa was being more specific when he wrote: “Mettā is characterised as promoting the welfare of others and its function is to focus on their welfare. It manifests as the removal of annoyance and its proximate cause is seeing the lovable nature of beings. It succeeds when it makes ill-will subside and it fails when it gives rise to clinging attachment.”(Visudhimagga 318). 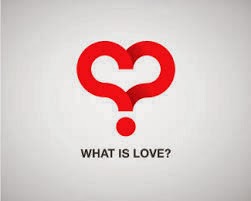 Personally, I think the best definition of mettā comes, not from the Buddhist tradition, but from the Bible. In his epistle to the Corinthians St. Paul used the Greek word agape, which is usually rendered as charity or love or sometimes brotherly love. “Love is patient, love is kind. It does not envy, it does not boast, it is not proud. It is not rude, it is not self-seeking, it is not easily angered, it keeps no record of wrongs. Love does not delight in evil but rejoices with the truth.” This passage is not just beautifully written but accurately descriptive. What Christianity calls agape would be the same as what Buddhists call mettā. This is more than a happy coincidence; it could act as a meeting point between the two religions.
In the next post I will look at other aspects of love.
Posted by Shravasti Dhammika at 1:39 AM