Where Is The Indasala Cave? 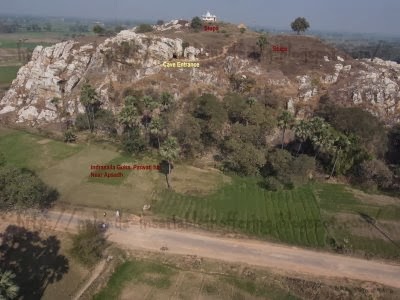 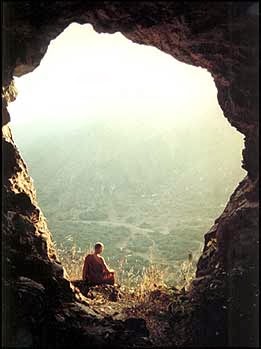 The Indasala Cave was the setting for one of the Buddha’s most profound discourses, the Sakapanha Sutta (D.II,263). In the discourse the Buddha addresses Pancasikha who is playing his harp and Sakya, also known as Indra.  The  discourse must have been a popular one in ancient times given how many depictions of the cave with the Buddha in it and Pancasikha standing nearby  have survived to today. The stone railing at Bodh Gaya, the oldest surviving Buddhist art (150 BCE ?), includes a depiction of the scene.
Following Cunningham, I located the Indasala Cave in 1986,  included it in my 1992 book Middle Land Middle Way; A Pilgrim’s Guide to the Buddha’s India and since  then pilgrim’s have started visiting  the place again. But now a website called Nalanda Insatiable in Offering  (from now on NIO) is claiming another location for the  cave. Don’t let NIO’s strange name put you off; it is a  carefully researched and informative resource on the lesser known sites associated with the Buddha.   According to NIO the cave is actually on a hill named Pawati some 20 k north-east from Giriek  at the very end of the Rajgir hills. I visited  Pawati  during one of my journeys through Bihar years ago but failed to see the cave. It is a rather attractive place but is its cave the Indasala?  NIO’s claim is base mainly on the fact that Pawati a steep-sided hill rising suddenly out of the surrounding plain and Xuanzang’s account of his visit to the cave says that it was  on the side of  “an isolated hill”.  NIO has followed Samual Beal’s 1884 pioneering but inaccurate translation of Xuanzang’s travelogue. Unfortunately, the original Chinese says nothing about the hill being “isolated”, as Li Rongxi’s more accurate translation of 1996 shows. This, I think undermines NIO’s claim and thus we can still consider the earlier (Cunningham’s and my own) identification to be the true Indasala Cave. So if the cave on Pawati Hill is not the Indasala  what is it? According to Udana 39 there was another cave near Rajagaha called Kapotakandara, the Pigeon’s Cave. Now another word for pigeon in Pali/Sanskrit is paravata which becomes parawa in Hindi. I suspect that Pawati is a contraction of parawata and that the cave on Pawati Hill is actually the Pigeon’s Cave.
You can find the NIO website at
http://nalanda-insatiableinoffering.blogspot.sg/2009/07/indrasaila-guha-various-identification.html
The top photo  is of Pawati Hill and the second is of me in the Indasala  Cave in 1986
Below are some ancient depictions of the Buddha delivering the Sakapanha Sutta. The  last  sculpture has some wild animals charming over the rocks around the Indasala Cave; a delightful touch. 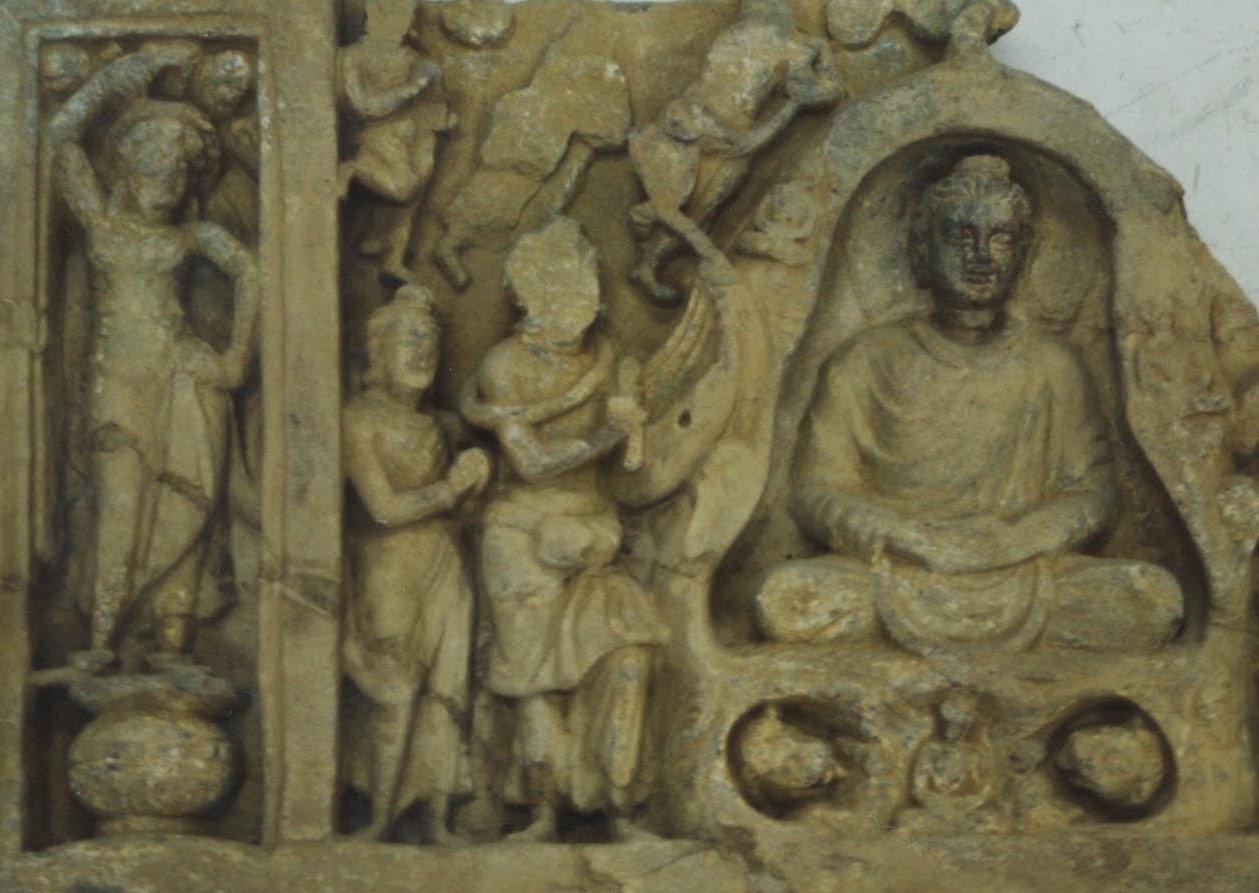 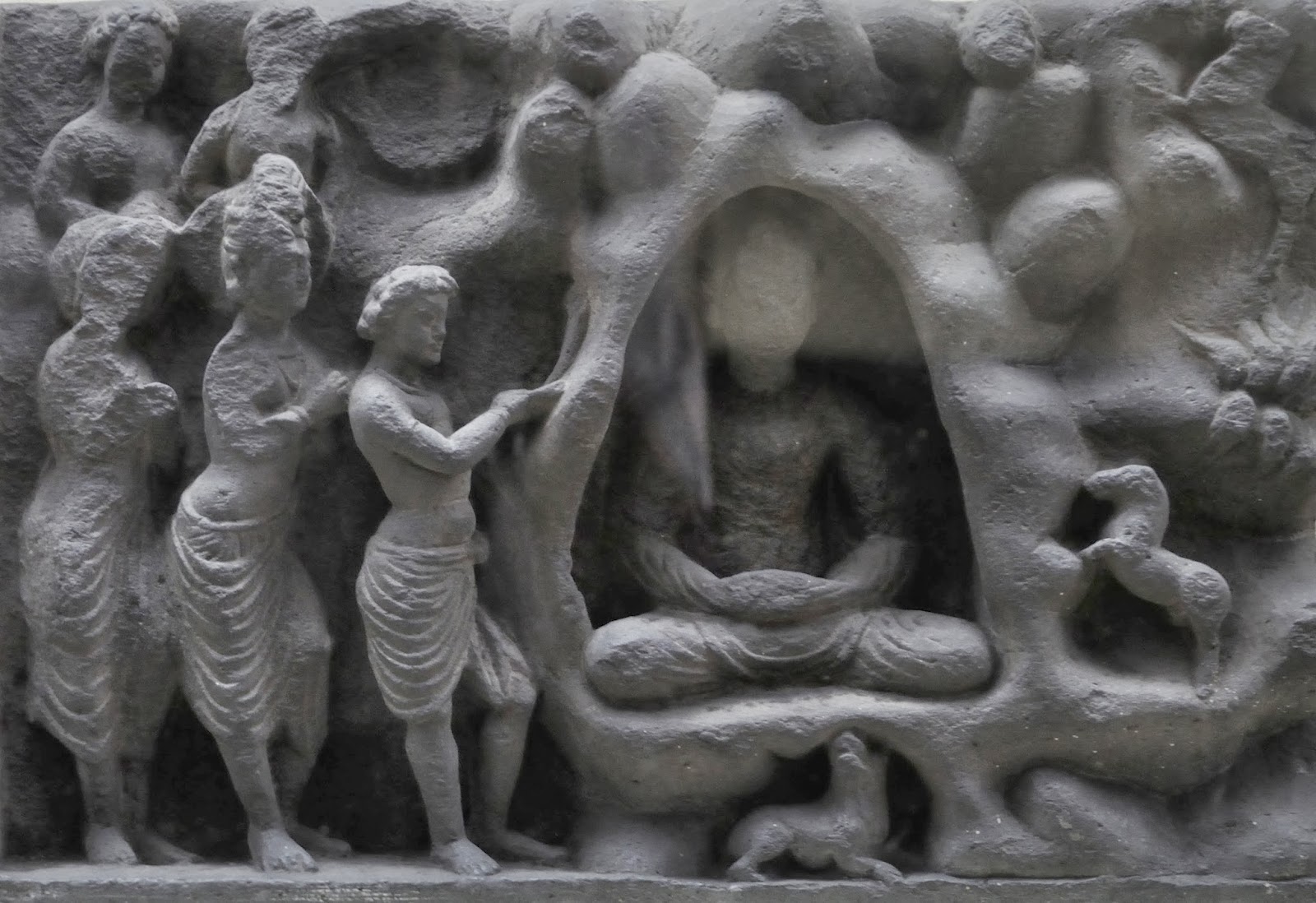 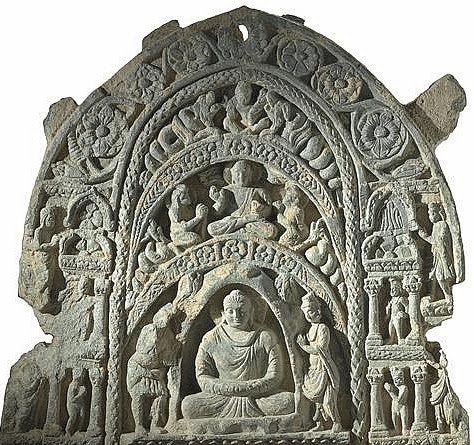 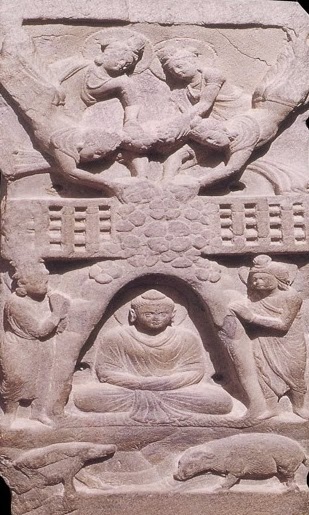 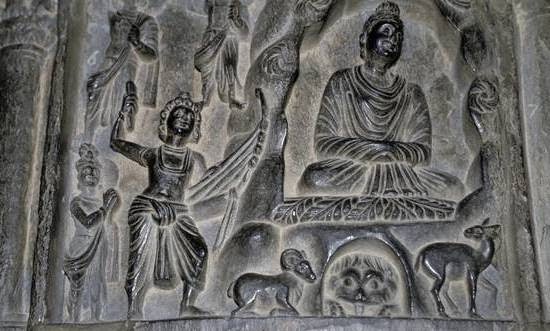 Posted by Shravasti Dhammika at 2:34 AM

Dear Bhante, I used your guide to find the Indasala Cave in 2009. I wrote about it in my blog. There are photos too. http://kalyaano.blogspot.com.au/2009/12/india-kolkata-bodhgaya-gaya-rajgir.html
I feel privileged to have been able to be a pilgrim there. It is a very special place. May you be happy, well and peaceful. Michael

The indrasaila guha site is now ready. Government of Bihar has now made it a protected site and has created nice access to the sacred cave.
you may see the pictures on my blog.