My readers would have noticed that I had not blogged for over four months. I was in much need of a break and so I did a three month retreat in the jungle – the concrete jungle of Paris, where I have access to a very small flat in a very quiet suburb, my only companion being the neighbourhood moggy who came to visit me each afternoon. During my time there, almost the only time I went out was to Chartres Cathedral on a day trip. It would be difficult for anyone of any religion not to be moved by this architectural masterpiece of the Age of Faith. Quite apart from the delicate sculptures, the glorious stained-glass windows and the souring spires and flying buttresses, the thought that simple, folk devote contributed their few pennies, their sweat and their creative skills to build this cathedral has to fill you with amazement. And the millions who trudged from all over Europe, mostly on foot, to  go there to worship the Virgin’s veil is a testimony to the power of faith. The only other place where I have ever been similarly moved is at the great Shwedagon Pagoda, and for much the same reasons – a heightened aesthetic sense mixed with mudita for other people’s 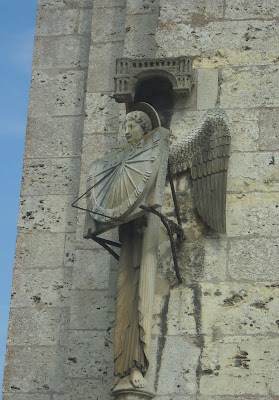 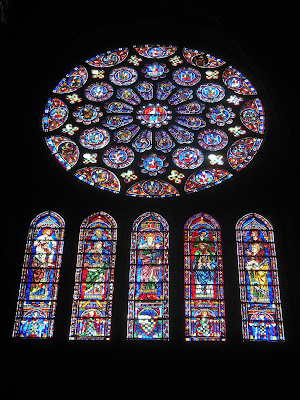 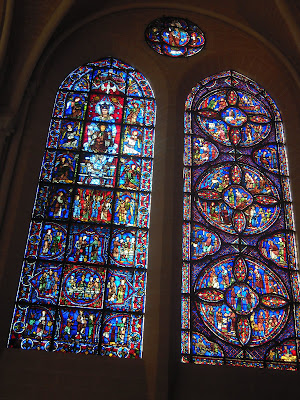 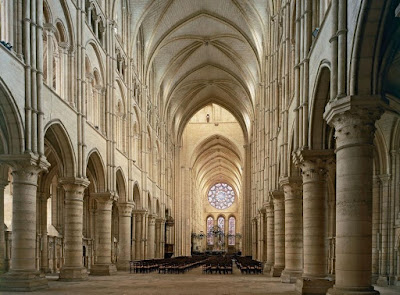 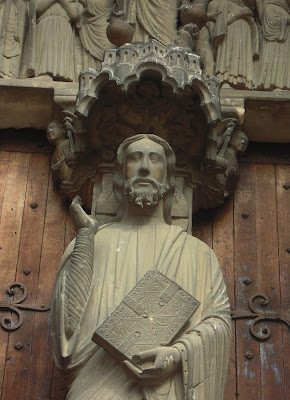 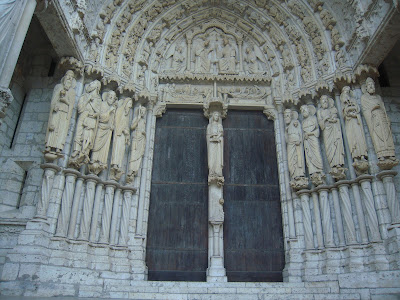 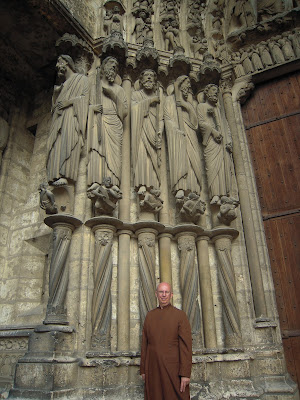 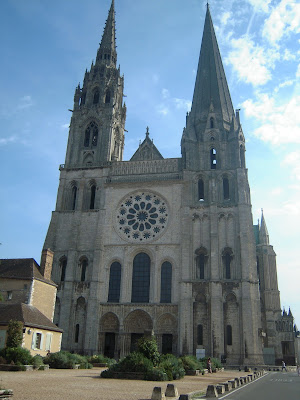 faith, devotion and spiritual aspirations. But it’s good not to be too carried away by feelings, not to let exaltation seduce the thinking   mind into sleep. As I stood in the front of the cathedral’s portals I saw one of the local street people try to solicit money from a small party of Chinese tourists, and that when they refused him he let them have it in the best French. This reminded me of my readings of medieval history and particularly about religion in the Middle Ages, when the faith that raised the cathedral would likely have been mixed with clerical skulduggery, pig-ignorance, the terror of hell, a hatred of the Jews and perhaps an occasional auto-de-fé in the town square, and that back then the portals would have been flanked, not by one street person, but by hordes of hideously deformed and leprous beggars. Likewise, the serene delight I felt at Shwedagon Pagoda and the appreciation of the simple faith of the devotees there, did not make the three strands of the Buddha’s hair said to be enshrine in the pagoda any more real to me. It is possible to have a regard for, sympathetic understanding of and even be moved positively by other people’s beliefs while ‘keeping your head.’
Posted by Shravasti Dhammika at 9:07 PM

Great to see you back, Venerable.
Thanks a billion for your writings. You've helped me and I'm sure many others better understand the Dhamma.
A zillion blessings to you.

Thanks for writing again. I miss your blog very much as you are able to enlighten us with your light hearted writing.

Hello Venerable
I remember back sometime in year (2000?) you paid a visit to Brickfields Vihara in Kuala Lumpur Malaysia. You gave a talk on a Friday night (maybe on meditation).
But during the talk you sang the instructions given by the Buddha to Bahiya in the "Bahiya Sutta" and that was good. All these years I thought it would be very good if a mp3 version was made available for the public to appreciate this powerful and direct to the point sutta.
I hope you'll record a mp3 version and make it available for the public.