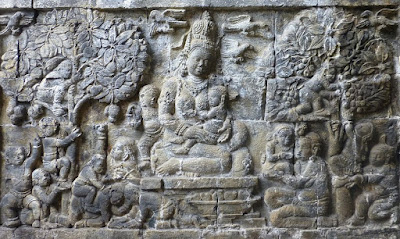 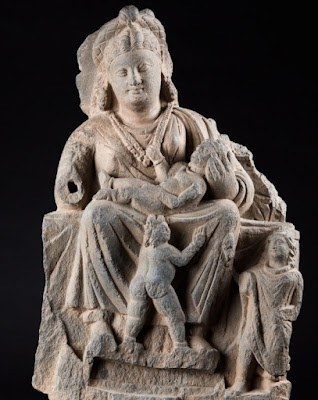 
Posted by Shravasti Dhammika at 5:47 PM

Never heard of this one before Bhante. Thanks for sharing. You will probably be aware that today was Melbourne Cup day, a "hallowed" observance for all things Aussie, indeed. Anyhow someone posted on facebook a short video clip of A woman in a short Melbourne Cup style skirt, who seemed to be succumbing to drunkenness in a certain part of the crowded throng of racegoers attending today's Melbourne Cup.. For whatever reasons she seemed unable to stand steadily and indeed fell to the ground at least once in this 60 to 80 second video clip. One man tried to take some kind of sexual advantage of her and was duly rebuffed by her. Others, men and women, shouted scornful remarks and one or two tried to steady her and protect her from harm. I was reminded of your discussion of the Christian Parable of the Samaritan and his involvement with someone who seemed to be ill or perhaps dying and how without judgement, took charge of this person's predicament and looked after him like a family member. That's all I wanted to say really and thanks again.

Greetings, Bhante.
Are there any news as to the origin of Hariti's myth? I take it it does not spring from any of the texts of the Tipitaka.

Dear Alessandro, I have not tried to trace the origins of mother Hariti but there is a book called 'From Ogress to Goddess Hariti' which would probably explain her origins. I have not read it.
Please email me at pitijoy@yahoo.com with your address and so i can send you a copy of my latest book.

That was unknown to me. Thank you once again.