Easter Sunday is that time of year when Christians around the world celebrate the resurrection of Jesus. Coming back to life after dying and sometimes even buried is surprisingly common. Apart from Jesus, Lazarus and a few others, the Bible says that once numerous people who had died came out of their tombs and walked around in Jerusalem (Mathew 27,52-3). In the 50s there was actually a society in the US made up of people who had been dead for a day or more before being resurrected. They used to meet once a year to welcome new members and exchange stories.
Every now and then ‘natural resurrection’ stories appear in the press. One example is a 61-year-old woman from Delaware, USA, who was given "multiple medicines and synchronized shocks", but never regained a pulse. She was declared dead but was later discovered in the morgue to be alive and breathing. She sued the medical center where it happened for damages due to physical and neurological problems stemming from the event. Another case is a 66-year-old man suffering from a suspected abdominal aneurysm. During treatment for this condition, the patient suffered cardiac arrest 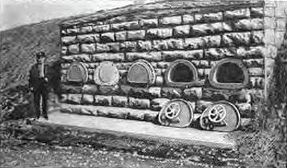 and received chest compression and defibeillation shocks for 17 minutes. Vital signs did not return; the patient was declared dead and resuscitation efforts ended. Ten minutes later, the surgeon felt a pulse. The aneurysm was successfully treated and the patient fully recovered with no lasting physical or neurological problems. An 18-year-old woman in Missouri, USA, attempted suicide by overdosing on sleeping medication. Resuscitation was attempted, but failed, and she was declared dead. Seven minutes later, her heart started beating and she started breathing on her own again, though she was comatose. The woman regained consciousness 5 days later and was oblivious to what had happened. A 45 year-old woman in Colombia was pronounced dead, as there were no vital signs showing she was alive. Later, a funeral worker noticed the woman moving and alerted his co-worker that the woman should go back to the hospital. A 65-year old in Malaysia came back to life two-and-a-half hours after doctors at a Penang hospital pronounced him dead.
In the late 19th and early 20th century there were enough cases like these that it was thought prudent to design tombs that could be opened from the inside so that if the corpse came back to life it (him or her) could open their tombs from the inside (see picture). There is only one resurrection story in the Tipitaka, in the Patika Sutta of the Digha Nikaya. The Buddha relates a story in which a man dies, comes back to life and describes what he experiences while dead, then drops dead again (D.III,8). Rhys Davids is probably correct in saying that the story is ‘no doubt intended to be both humorous and edifying’ and was not meant to be taken literally.
Of course all this raises the question ‘When does death take place?’ Science is understandably uncomfortable with the idea that the dead can be resurrected so it has re-defined death to take into account so-called near death experiences and the occasional cases where people have (or appear to have) died for hours or even days and come back to life. So now death is the termination of the biological functions that sustain a living organism to the stage where they cannot be re-started.
Posted by Shravasti Dhammika at 12:55 AM

Ever wonder why it's said that Jesus rose after 3 days. He was crucified on a Friday and came back on Sunday. How is that three days?

As far as I understand - that is based on Jesus saying that he will destroy the Temple and restore it in three days. And it is explained in the New Testament, Jesus actually meant his own body not the Temple. In the gospel of Thomas Jesus says the same words as Buddha said on achieving Awakening - about destroying "this house" that will never be built again. The Temple, and resoring it in three days is definitely a later addition by people who could not understand the initial saying. In one respect the early Christians were right - Jesus meant his own body just as Buddha who called previous bodily existences as past homes or houses. Three days of deathly state were counted as part of Friday, the whole of Saturday and a few early hours of Sunday... till the two Maries came to check his tomb in the early morning.

Dear Bhante, so how do we define death? We can most likely measure the cessation of vitality and heat but how can we ascertain that consciousness has left the body? I don't believe my organs will be wanted for transplant after my death :) but I am contemplating donating the body. guekhar