Even though I take a deep interest in India’s Buddhist past and have travelled widely through the country I had never heard of Sripura until 18 months ago. The place was first brought to attention in 1872, when Dr. Beglar did some preliminary excavations there. In 1953-5 Dr. M. G. Dixit of the University of Sagar did more excivations. He discovered the Anand Prabhu Kuti Buddha Vihar, Swastik Buddha Vihar and several Sivite and Jaina temples. Despite its great interest Sripura remained little-known and rarely visited, mainly because it was in a backward and roadless district. 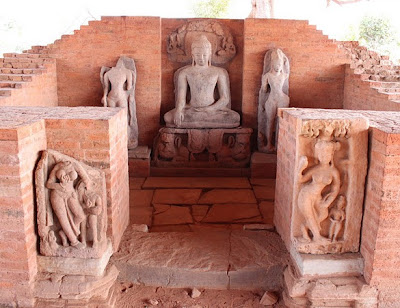 After the new state of Chhattisgarh was formed in 2000 it sponsored large-scale excivations at Sripur throughout 2004-5 in the hope of attracting tourism to the state. These digs have uncovered three Shiva temples, numerous residential areas, a palace complex, a huge Buddha Vihara, the Torana Dwar of Surang Teela and a unique pyramidical temple. Money has been spent on building good roads to the site, and prompting the place and visitors have began coming. Sirpur is in Mahasamund district of Chhattisgarh State is on the right bank of the rather lovely Mahanadi River, some 84 km from Raipur, the state capital. From the 5th to the 9th cent. CE it was the capital of the somewhat obscure Dakshinkosala kingdom. Archaeological evidences and inscription show it was also a religious and cultural capital centre of considerable importance and that it had a large Buddhist population. I haven’t visited Sripura yet it is defiantly on the top of my list of where to go during my next trip to India. 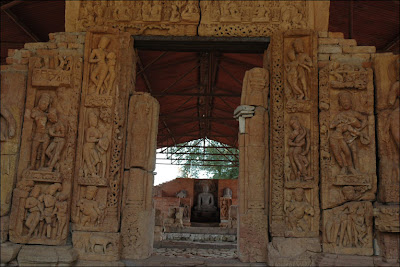 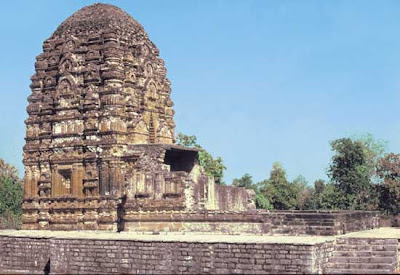 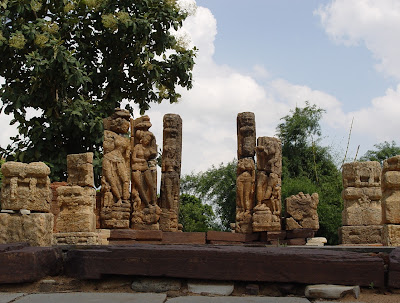 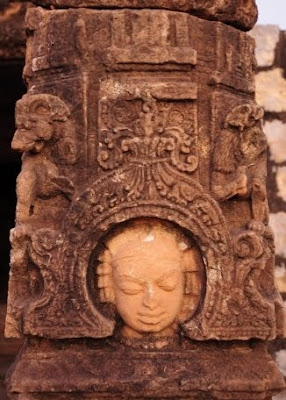 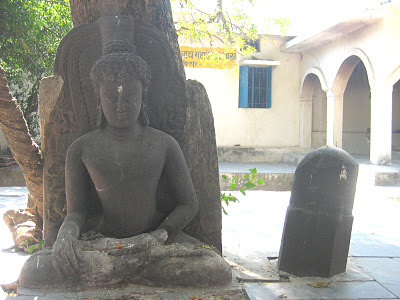 Posted by Shravasti Dhammika at 4:04 PM

Hi Bhante, from the pictures, it doesn't seem like there are many tourists visiting. Gives me a kind of rustic serene impression.

I just thought of this. Are there more popular tourist destinations to former/current Buddhist cultural centers than other locations associated with other "live" religions? And what allows for such a prevalence?

where is it in India,which State and near to which city?

it is said that the Shiva linga is the vertebral column erect at contemplation : the criative power is at the meditation itself ( sister Nivedita said that at one of her books )

I never heard about Sripura as well. With this article, I feel that I am missing something from this country, when I visit again I will be sure to take some time with Sripura. Thanks for sharing about it.