Lo Manthang is a like bit what I imagine parts of London, Orleans or Frankfurt were like in the Middle Ages. It is  also probably the only town in the world which still looks like what all towns in Tibet looked like before 1959. Every town I have seen in Tibet is defaces by ugly modern Chinese buildings in styles utterly incongruous to the existing architecture. However, the Chinese cannot be accused of discrimination – they have destroyed or mutilated most of their own towns and cities too. Lo Munthang is  enclosed by a  wall with towers and a gate,  its streets are dirty and narrow  and  the smell of animal dung hangs in the air. The only open area is the small   square in front of the king’s palace.  The square and most of the streets are paved with large flagstones, although I believe this is a recent innovation. Like a Medieval European town or city the dominate buildings in Lo Manthang are religious – the 15th century Jampa Lhakhang, Chodey Gompa and Choprang Gompa. The inner walls of the first of these are covered with paintings of extraordinary vibrancy  and beauty, although they can hardly be seen in the dark. Situated here and there around the town and in the street leading to the main gate are clusters of stupas and several mani walls. Early each morning I noticed people, mainly women, circumambulating the town with the characteristic Tibetan two steps one bow, a distance of about two or three kilometers. Clearly people are maintaining their traditional piety.  Walking through the streets one often has to make way for herds of goats or pack mules and when the wind blows it whips up the dirt and the dust.  Although Lo Manthang  is evocative of a time gone by and is fascinating to visit I have no illusions that living there must have numerous disadvantages. Singapore might be uninteresting, boring and familiar but we have clean water, efficient garbage disposal, excellent health regulations, clean air and air conditioning. But Lo Manthang certainly has something Singapore does not – atmosphere. 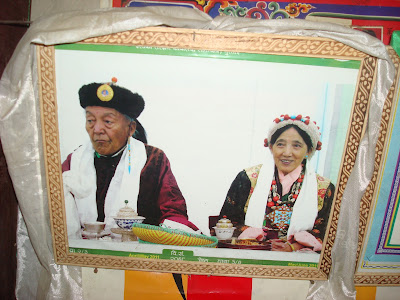 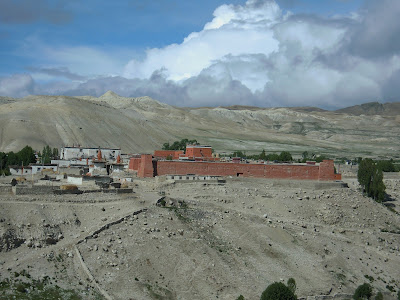 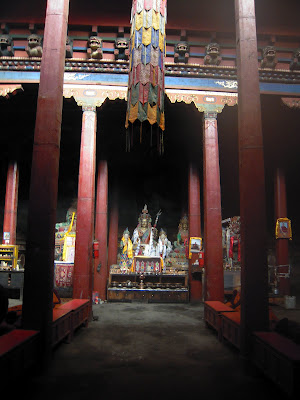 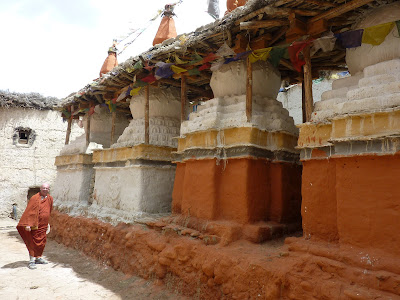 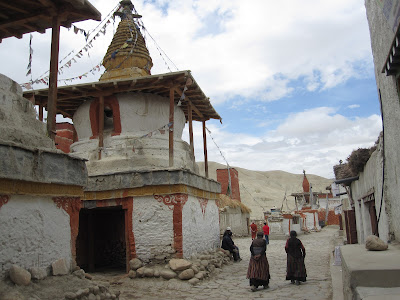 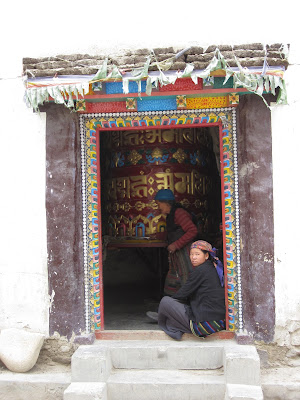 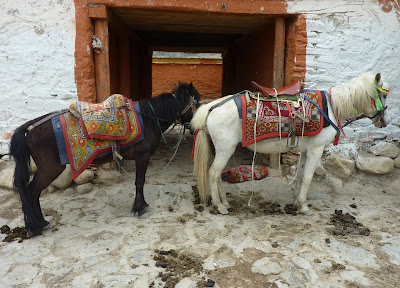 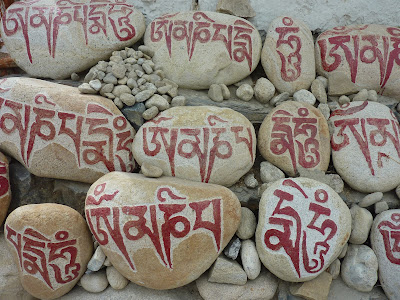 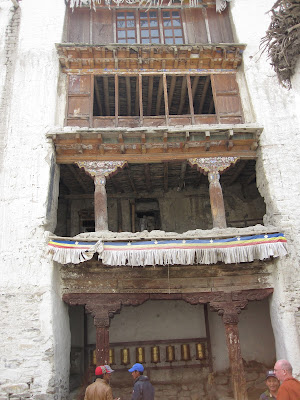 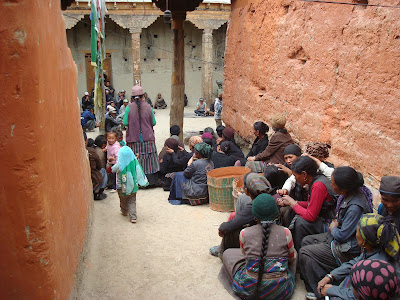 How did the locals react to you as a western bhikkhu in robes?

Dear Jeffrey, my next post should answer your question.