Relics Of The Forgotten Buddhists

The Chams were the original inhabitants of much of what was then called Champa and what we now know as . Much of the history of from the 13th century onwards is one of Vietnamese gradually pushing south and driving the Chams before them. This process ended   in the 19th when the last Cham resistance was overcome and most of the remaining Chams were driven into . Only about 100,000 Chams still live in . As Cham power gradually declined they turned to Islam but before that they were Hindu and Buddhist. Pre-Islamic Cham civilization –religion, art, architecture, dance, language, script, etc, was influenced by and the small communities of Vietnamese Chams still adhere to their original religion; they are the last survivors of the Hindu/Buddhist culture that dominated until the 12th-14th centuries. During a recent 10 day trip to I visited the of in and the extensive Cham temple complexes at My Son. Here are some of the photos I took. 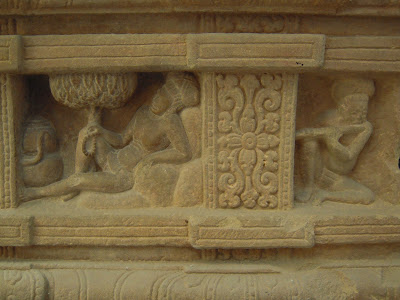 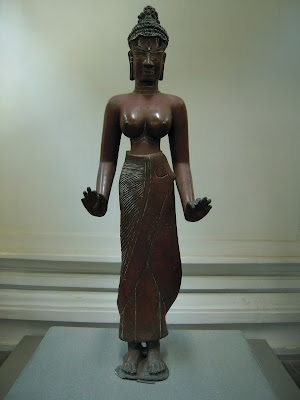 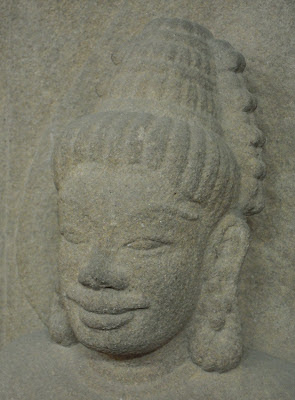 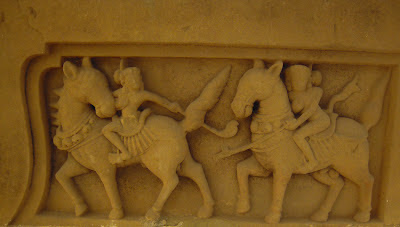 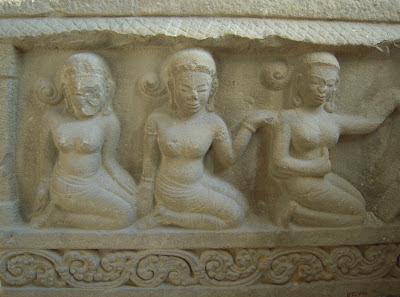 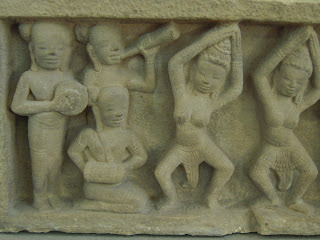 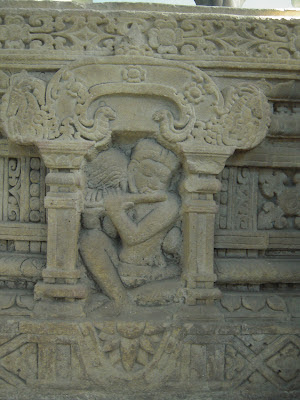 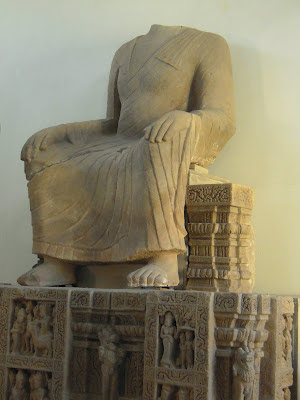 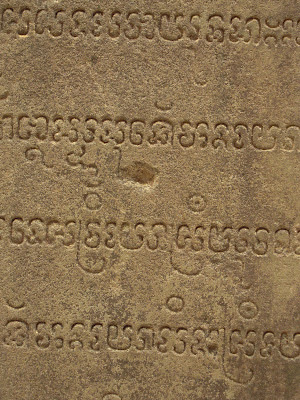 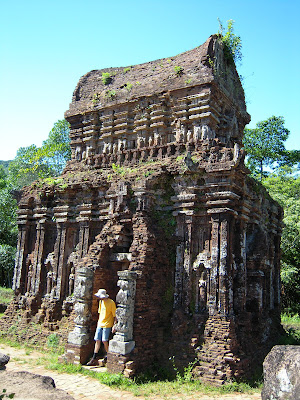 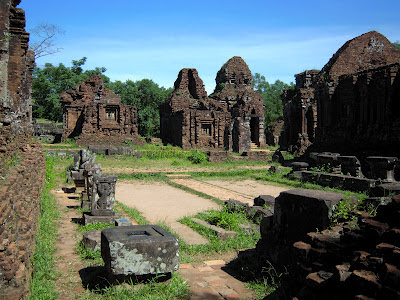 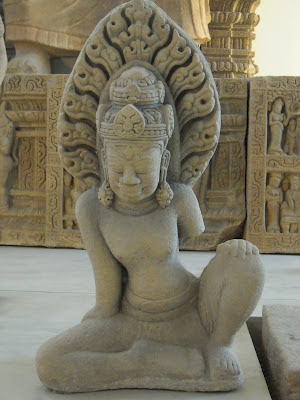 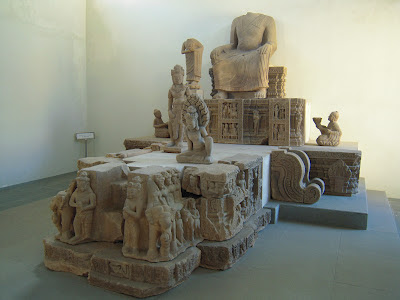 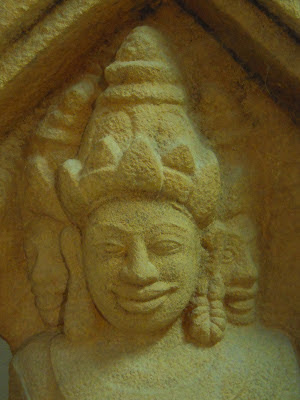 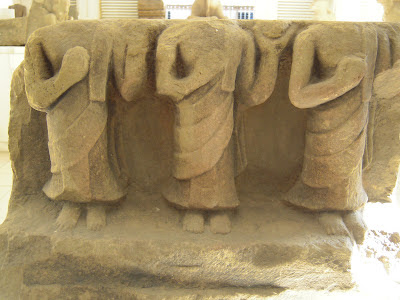 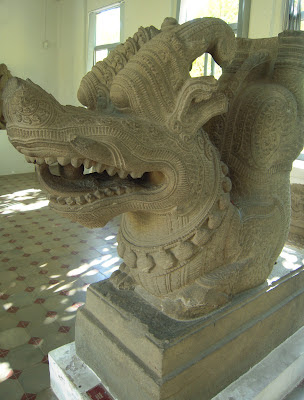 Posted by Shravasti Dhammika at 7:13 PM

This is a sustained and reflective look at the Cham people targeted for total genocide in Cambodia under Pol Pot.

Which prompted us to go to our library and find the old book about Buddhism and Zen in Vietnam and search out this poem we'd read long ago....

Prior to final Vietnamese conquest over the kingdom of Champa in the seventeenth century, this country, as Charles Eliot notes in his Hinduism and Buddhism, vol. 3 (p. 137), "occupied the south-eastern corner of Asia beyond the Malay Peninsula. . . . Its extent varied at different epochs, but it may be roughly defined . . . as the southern portions of Annam, comprising the province of Quang-nam in the north and Binh-Thuan in the south with the intervening country."
Haunted by destruction of the land of Champa, Che-Lan-Vien, a poet of modern Vietnam, recalls its fate in his poem "On the Way Home" (trans. Nguygn-Ngoc-Bich, "The Poetry of Viet Nam" pp. 84-85)


One translucent day I leave the city
to visit my home, the land of Champa.
Here are stupas gaunt with yearning,
ancient temples ruined by time,
streams that creep along through the dark
past peeling statues that moan of Champa.
Here are dense and drooping forests
where long processions, lost souls of Champa,
march; and evening spills through thick,
fragrant leaves, mingling with the cries of moorhens.
Here is the field where two great armies
were reduced to a horde of clamoring souls.
Champa blood still cascades in streams of hatred
to grinding oceans filled with Champa bones.
Here too are placid images; hamlets at rest
in evening sun, Champa girls gliding homeward
their light chatter floating
with the pink and saffron of their dresses.
Here are magnificent sunbaked palaces,
temples that blaze in cerulean skies.
Here battleships dream on the glossy river, while the thunder
of sacred elephants shakes the walls.
Here in opaque light sinking through lapis lazuli,
the Champa king and his men are lost in a maze of flesh
as dancers weave, wreathe, entranced,
their bodies harmonizing with the flutes.
All this I saw on my way home years ago
and still I am obsessed,
my mind stunned, sagged with sorrow
for the race of Champa.

Dear Ken & Visakha,
Thanks for that most interesting information. Here is a bit more. The Chams probably derived their name and later the name of their land from Campa, a city on the Ganges mentioned several times in the Tipitaka as a place where the Buddha sometimes stayed. It was a major port on the river and merchants and monks from there were the pioneers in taking Buddhism to S.E Asia. In the 40s, 50s and early 60s Buddhist/Hindu Chams agitated for autonomy within Vietnam but it never came to anything.


Very beautiful. Cam-bodja are the Cams with the Bodjas ? Brahma, Vishnu e Shiva at the three faced image ?