When I was in India in December leading a group of 20 Singaporean pilgrims we went to Nalanda, the ancient Buddhist university. After we had seen the main ruins I took them to see what is called Temple 2. Many visitors to Nalanda miss this temple because it is out of sight behind the main buildings. This is a pity because in some ways it is the most interesting structure in Nalanda. Around the base of its outer walls are 211 stone panels carved with an intriguing variety of scenes, figures, symbols and motifs. My friend Nam Kin took these photos of some of them.
Picture no 1 is of what I consider the most interesting of these carvings. Above the panel, rather than the usual two geese (hansa) just standing there looking ‘symbolic’ the sculpture has depicted the goose on the left preening itself, and the one on the right with a gecko in its bill. No 2 is a lotus rising above the billowy waves while no 3  is a horse-headed man playing a flute. No 6 shows an amours couple, the next one is of a goose while the next one includes a man playing a drum. The last one depicts the amusing Kacchapa Jataka (No 215).
No matter what I do I cannot get  this last picture or no 2 to download right side up. The mysteries of the computer! Sorry about that. 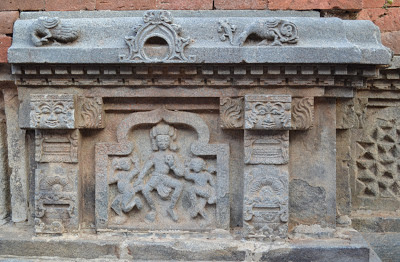 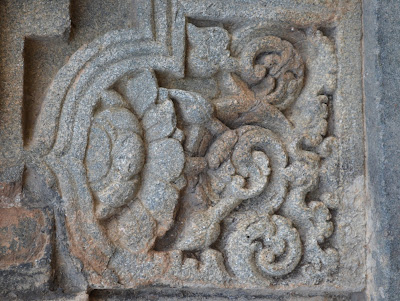 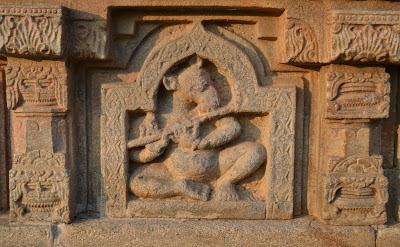 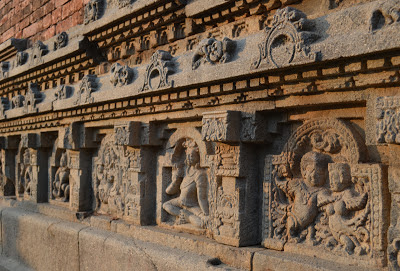 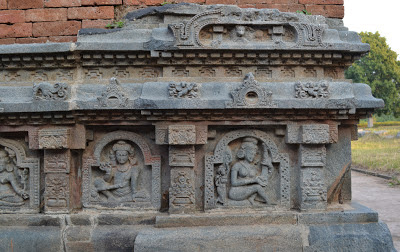 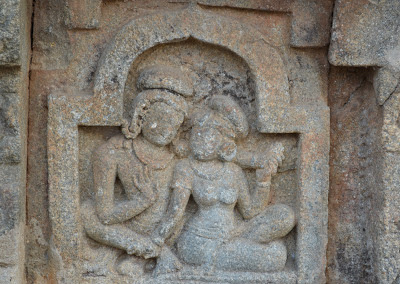 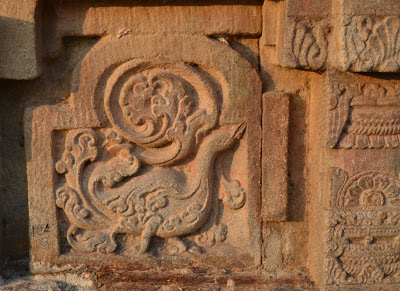 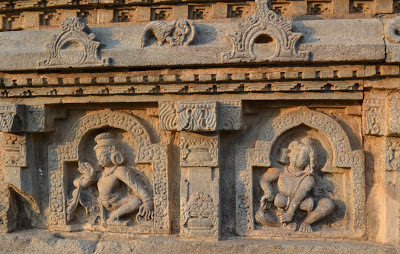 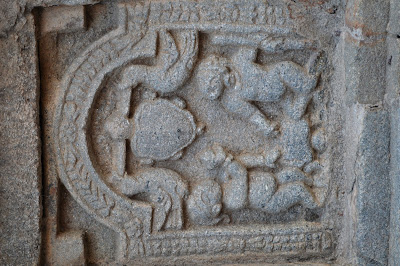 Posted by Shravasti Dhammika at 2:25 PM