In 1990 when I was doing research for the second edition of my book  Middle Land Middle Way: A Pilgrim’s Guide to the Buddha’s India I first heard about the unremarkable little village of Silao, roughly halfway between Rajgir and Nalanda. I had found an article in an old copy of Epigraphica Indica of 1934 reporting that a badly damaged statue of Mahakassapa had been found in the village.  There was a picture of the statue and of  its inscription and a translation of it. Part of the inscription reads:  “He who, after taking on human form solely for the benefit of others and who attained Nirvana on the charming hill of Gurupada, that very Maha Kassapa, here shines forth.” Originally the statue must have been of Mahakassapa kneeling to worship the Buddha. It is the only  statue of the Buddha’s chief disciple ever found in India and its find-place  confirmed what  Samyutta Nikaya II,220 says that the first meeting between the Buddha and Mahakassapa took place somewhere between Rajgir and Nalanda. A few months later I was in India and I went to Silao to see if  I could locate the statue. I couldn’t and no one in the village had ever heard of it. I spent a frustrating half a day in the general area checking local tree shrines and small mandiras where old fragments of sculpture are often placed, but without luck. Nonetheless, in the 1992 revised version of Middle Land Middle Way  I mention Sialo  as the place  where the momentous encounter between the Buddha and Mahakassapa took place (page 110). 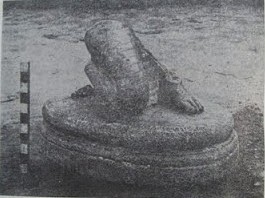 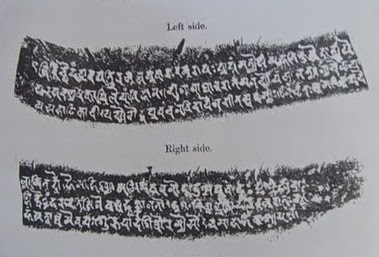 Therefore it is with real surprise and delight that I have come to know that   several Buddhist enthusiasts have just recently rediscovered the statue and there are moves to display it properly and establish a Mahakassapa Park near the village. If this project is managed properly it will bring some revenue to an otherwise very poor village and become an extra interesting stop for Buddhist pilgrims visiting Rajgir and Nalanda. Let’s keep our fingers crossed. 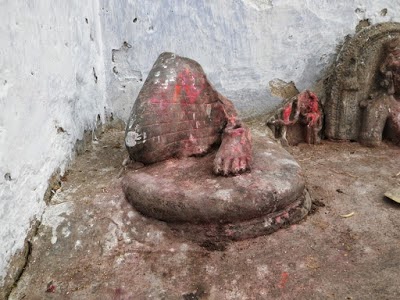 Posted by Shravasti Dhammika at 11:28 PM

A million thanks for this, Bhante! We so appreciate your sleuthing and sharing.