Back To Earth Again 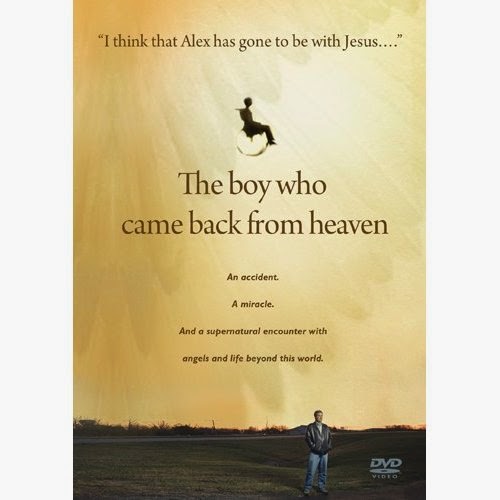 It’s something of a surprise to learn just how many people in America die or have a near-death-experience, go to heaven, come back to life again and then write an account of their brief but wonderful sojourn  in the celestial realm. The 2004 book 90 Minutes in Heaven spent over five years on the New York Times best-seller list  and sold over six million copies. Heaven is for Real: A Little Boy's Astounding Story of His Trip to Heaven and Back by Todd Burpo and Lynn Vincent documents the report of a near-death experience by Burpo’s  four-year-old son, Colton. The book recounts the experiences the boy relates from visits he said he made to heaven during  his near-death experience. In less than twelve months over one million ebooks copies had been sold,  and by 2014 the number had reached over 10 million copies. A movie based on the book was released in April  2014  earning over $100 million at the box office. Then there is Eben Alexander’s account of his experiences in heaven called Proof of Heaven: A Neurosurgeon's Journey into the Afterlife. This book attracted some comment beyond the general reading public, mainly because its author’s academic credentials. Yet another such book, The Boy who Came Back from Heaven: A True Story, follows a similar pattern and has had a similar impressive record in the bookshops, a million copies sold within a few years. But now the author of this book, Alex Malarkey, had admitted that his claim to have had a glimpse of heaven during his serious accident, is a complete fabrication. A few days ago his publisher announced that they were pulling the book from shelves and would no longer distribute it. Perhaps it’s easy to understand why people lie about having certain religious experiences:  clearly there is a lot of money to be made by doing so. It is less easy to understand how ready millions of people are to believe some of these claims. And incidentally, although “I was the Buddha’s disciple in an earlier life” claims made by some Buddhists nowhere near approaches the boldness or slickness of the Christian equivalents, they attracts a lot of attention from too.  This is what I think. If your practice is going well and is imparting to you inner peace, clarity, kindness and detachment, that should give you all the confidence in the Dhamma you  require.  You should not need reassurance from unverifiable and possibly spurious claims by others.  You can read more about the boy who claimed to have gone to heaven here. http://www.washingtonpost.com/blogs/style-blog/wp/2015/01/15/boy-who-came-back-from-heaven-going-back-to-publisher/
Posted by Shravasti Dhammika at 4:50 PM

Archaic these days, but when I was growing up, this was a frequently used term:

More than that, what can I say? Us Yanks are a gullible lot, I guess!

I feel that as the internet has, for better or worse, shone a critical lens on organised religion like never before, it is not so much delusion nor gullibility that has caused the proliferation and wild success of such dubious works, but rather the need for proof, for support, for some form of positivity to refuse continual challenges of ones dearest beliefs.

As always, there is a small army of the immoral and amoral waiting in the wings to take advantage of any unease of conscience in the minds of others.

If this is a pen-name, maybe the whole thing is an elaborate joke. If it is his real name, what an ironic coincidence!

Sam Harris has some interesting things to say about NDE in his new book Waking Up.

Well, there was once a boy who had just been born, walked in all directions and was able to clearly claim that he was the only one under heaven to be honored by the world.

The tradition of made-up stories is thus very old.