Gurus I Have Met II 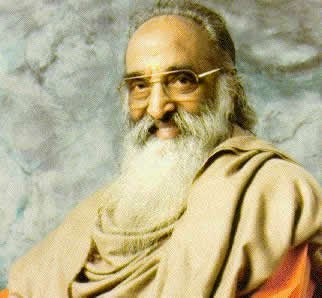 In the late 70s Swami Chinmayananda was on a teaching tour of Sri Lanka and being accommodated at the Ramakrishna Mission in Welawatta. As I was staying just nearby at Venerable Hinatinna Dhammaloka’s International Buddhist Centre I decided to go and see if I could meet Swamiji. I arrived at about 7.15 in the morning and as I entered the Mission I noticed Swamiji in the garden looking at the flowers so I approached him and introduced myself. He greeted me smilingly and invited me to the veranda outside his room where we sat with a cup of tea and talked. Swamiji Chinmayananda had an aristocratic bearing and demeanour, not at all ascetic-looking. His drooping moustache and long grey beard gave his face and head an elongated appearance. After some preliminary small talk the conversation soon moved to religion. As I expected, Swamiji clearly believed that the Buddha’s Dhamma was just a restatement of Vedanta, a reformed Hinduism. I politely pointed out what I thought was the evidence that this was not so and he quoted Buddhist texts showing that it was. To my surprise, some of the texts he marshalled showed that he had some knowledge of the Tipitaka, but the clinching quotes were unknown to me and were I’m pretty sure spurious. Not that he was being dishonest. Certainly not! But clearly he was only familiar with aspects of Buddhism that did not clash with Vedanta. This part of our conversation soon led to a deadlock and understanding this Swamiji  gracefully shifted the  subject to meditation. He shared with me the practices he did and recommended to others, and I described my practices and experiences. He listened respectfully, sometimes adding his own insights and comments. Altogether we talked for about two hours. Swami Chinmayananda  spoke  faultless  English with only a slight Indian accent. Every now and then he would emphasise a point he wanted to make by raising his voice while pointing his finger upwards.  He struck me was articulate, discerning and learned, not just in Hinduism but in a wide   range of subjects. But I sensed that he was more an intellectual  than someone who spent time in solitude and meditation. Our meeting ended when an attendant came to inform that a car had arrived which was to take him to some engagement. He rose, bowed respectfully and smilingly to me which I did to him and we parted. Swami Chinmayananda died in 1993.
Posted by Shravasti Dhammika at 12:40 AM

I'm finding this series of posts quite interesting. Thanks for sharing your experiences.

I met Swami Chinmayananda around 1992 and as I recall he had a good command of the English language and great oratory skills.

Did you know that that you can generate dollars by locking premium pages of your blog / site?
All you need to do is to join AdscendMedia and use their content locking plugin.