Why One And Not The Other?

Mahavira, the founder of the religion that came to be known as Jainism was an older contemporary of the Buddha and is mentioned frequently in the Tipitaka. By the time the Buddha started teaching Jainism was already popular. Vappa the Buddha’s cousin (according to the commentaries) became a Jain. Of the various religious movements that emerged in the 5th century BCE Buddhism and Jainism were the only ones that survived for more than a few hundred years. Upanisadic spirituality which began a little before this time was not a distinct religious movement but one within Brahmanical. By the 2nd century BCE Jainism had lost the edge to Buddhism and forever after remained a minor although vibrant religion. Chandragupta, the first Mauryan emperor, converted to Jainism but this did not have the effect on the religion that the conversion of his grandson Asoka had on Buddhism.
Mahavira’s life parallels rather startlingly with the Buddha’s. He was born of a ksatriyan chief named Siddhattha, married a woman named Yasoda, had one child, a daughter named Anoja, renounced the world at the age of 20 and became enlightened (kev 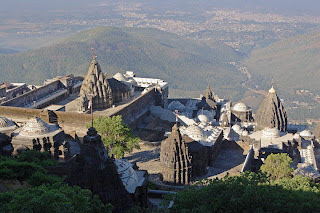 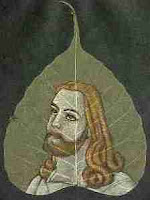 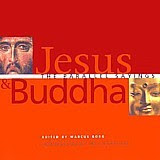 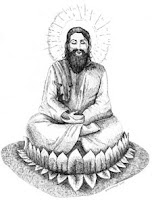 Posted by Shravasti Dhammika at 2:45 AM

Very thought-provoking post, Venerable, thanks for that.
One small point is that the Ajivakas seem to have outlasted the Buddhists in India also, until sometime in the 13th century if my memory serves me right (see Basham, A. L., History and Doctrines of the Ajivikas).
We should also recognise that Buddhism is currently undergoing quite a revival in the Old Country, and if that continues let's hope we don't repeat the mistakes of the past.

Bhante,
It is indeed very informative. I don't think I'll ever find such info by myself.

How did you do it? (Just a private thought!)

A vital point need to be included.Unlike jains, buddhists were never ever strict in following the central theme of the buddhism in daily life. Even today rarely a buddhist will follow path of vegetarianism which would be emanated from the Ahimsa.For political and economical gains buddhists are buddhists otherwise on moral ground, there appears none to follow code of conduct. know

Thanks for that additional blog post on Jainism. I have noticed when reading the Tiptiaka that there is no mention of those early life legends and there is only a brief mention of Asita. Your explanations show where it came from.

Most Buddhists don't believe vegetarianism is required as it is in Jainism. Are you a Jain? I am a Buddhist and vegetarian, but most Buddhists are not, citing the three-fold rule and applying it to lay life, plus other reasons.

I wonder if Buddhism's middle way and lack of a firm stand on vegetarianism and other practices led to increased popularity as it spread to other lands, whereas Jainism remained pretty much confined to India for several centuries?

This is an excellent article and has many important points.

Sometimes I think that maybe the patronage of Asoka may have been a double-edged sword. On one hand it helped Buddhism spread, but on the other hand it ended up inviting lots of people who were there mostly to obtain royal patronage. At least one book I read suggests that this is why it broke into so many schools and why things like Mahayana came about.

I personally consider syncretization to be a problem. On one hand it can make Buddhism more appealing to a larger number of people, but on the other hand it seems to usually turn it into something that isn't even Buddhism anymore. I feel like I want to "fight" syncretization in the west somehow, but I'm unsure how to do it skillfully.

BTW, I always thought it was one of the duties of monks to teach. I don't know of anything in the Tipitaka stating this, but I haven't read the whole thing. Perhaps this is just supposed to be the natural result of monks depending on laypeople for food and other things.

Why jainism did'nt spread to other countries?Because jain saints and shramans were strict follower of the code of conduct which prohibited to them to even take food without visiting jain temple in morning.Even strict followers of jains are still following the same rule. As far as I know some of them would prefer to remain hungry but they wud take food only after performing daily religious rituals.For buddhas,there are no strict rules.Though basic theme-ahimsa and beliving in the power of self and denoncing role of any super power except karmas of self-are same for jains and buddhas,there is not much commonity in them to organise things jointly in respect to issues involving-KARUNA(PASSION).When did you hear a voice of protest from Buddhas on issues pertaining to kARUNA.There is strong need of introspection by buddhas that what they feel about KARUNA.Neo Buddha GROUP-SOKA-GAKKAI OF JAPAN relies more on chanting lotus sutra:nam-myoho-renge-kyo only.Even followers go blindly after chanting for attaining wordly things.Where is the practice to achieve self satisfaction and internal peace -away from material possession?

Thank you for such informative input on your view on the matter.

Probably you would like to follow up with a compare-and-contrast on the doctrinal issues between Buddhism and Jainism and such that why is Jainism much less mentioned in the scriptures.

Thank you in advance. =)

I think there are a lot of people from the west, either called themselves, new agers or spiritual persons, are trying to merge Christianity and Buddhism together and creating God in a new term. Very dangerous...

I have been recommending a book called "My Stroke of Insight - a Brain Scientist's Personal Journey" by Jill Bolte Taylor and also a TEDTalk Dr. Taylor gave on the TED dot com site. And you don't have to take my word for it - Dr. Taylor was named Time Magazine 100 Most Influential People, the New York Times wrote about her and her book is a NYTimes Bestseller), and Oprah did not 4 interviews with her.

"As it is, the average Theravadin monk’s idea of helping others is to make himself available to receive dana."

Very interesting. I am new, but I kinda feel that a lot of people express the idea of upekkha too liberally that it becomes "not reacting to anything, just sit back and enjoy the beatings", which has quite confused me. So they could have adopted this meek view from their monks!
There should be a balance between having unruffled mind and letting people scare you away.