The fallout from the Pastor Tan videos continues here in Singapore. Last month two youths were arrested for posting racist comments on their Face book and many Singaporeans are wondering why Tan was only given a warning by the ISD rather than arrested for his public disparagement of Buddhism and Taoism. Why, some are asking, do comments circulated to a few people result in arrests and those made to an audience of 10,000 only merit a warning? To their credit, Buddhist and Taoist leaders have accepted Tan’s apology and have asked that the matter be dropped. The government seems to agree with this measured response and is not pursuing the matter further.
In yesterday’s Straits Times (p. A6) several religious leaders were reported as suggesting that the way to prevent such things as the Pastor Tan affair from happening in the future is to increase inter-faith dialogue. This is, of course, the predictable immediate response but perhaps it could be thought about more carefully. I doubt that inter-religious dialogue, at least as i 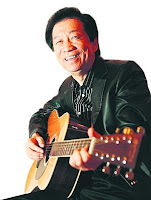 t is conducted in Singapore, really brings about a change in how the different religions feel about each other. I have often attended inter-religious gatherings and I have noticed that everyone is friendly, accommodating and open-minded. The participants are already respectful of other faiths. The ones who could do with a bit of tolerance - the bigots, zealots, fundamentalists and the evangelicals, won’t come. Here in Singapore several major denominations have pointedly refused to join the Inter-religious Organization which they see as fratranizing with Satan. A recent poll amongst 183 Christian clergymen showed that half were leery of any interfaith contact and 40% said they were reluctant even to work on joint charity efforts with other religions (see rix77holyspirit.blogspot.com). So in a sense inter-religious dialogue is all too often just an exercise in the converted preaching to each other. I would like to suggest another possible approach to the problem that might be applicable to the Singapore situation. The government should consider something like the Public Service Award, the PBM or the BBM, but to be given for service to interfaith understanding. When such people are looked upon as commendable, socially responsible and worthy, the bigots gradually come to be seen as out-of-step, as a public nuisance, as un-respectable. You can marginalize the intolerant by rewarding and lauding the tolerant.
However, other than one or two particular groups, I have found most religions in Singapore to be amiable and respectful towards each other. When I first came to Singapore I stayed for two years in a Mahayana temple and just recently I had a Chinese Mahayana monk stay with me for two months. As usual, the Catholics go out of their way to be open to other faiths. Reading the fortnightly Catholic News I see Catholic groups have recently visited the Singapore Buddhist Federation and the Singapore Taoist Federation. This is not a hurried response to the recent problem, it is a part of the Church's longstanding policy, i.e. it comes from the heart. Last year, St Mary of the Angels invited me to address a large group on the basics of Buddhist doctrine and the response was warm, welcoming, and most importantly, genuinely so. On Saturday I have been invited to the Jain Temple and on Tuesday will be their special guest at the consecration of their new image, an event I am most honoured to be invited to participate in.
The picture is of Pastor Rony Tan in happier times.
Posted by Shravasti Dhammika at 5:21 AM

I agreed with Bhante's observation of Catholics being more pro-active in inter-faith dialog and event compare to the other denominations.

This was evident in the recent inter-faith dialog and the exhibition at Suntec where only the Catholics were there and there was no sight of the other Christian denomination.

This is so sad that there are people in the other denomination who does not practice peace or love thy neighbors.

As always it is the people that are behind all this bull shit.

A big tree that holds more monkeys when cut down will cause those monkeys to run amok.

A small tree can be cut down without affecting a lot of monkey.

The lesson? It is more easy to contain and capture a few monkeys.

Oooh where's the Jain temple in Singapore? Never knew we had one.

Dear Kenneth,
The Jain Religious Society was founded in 1973 and is near the corner of Jalan Eunos and Sims Av. They are not hell-bent of on ‘saving’ people so you don’t often hear about them. Have a look at www.sjrs.org.sg

My local monk was invited to be the Buddhist representative in public presentations held every two months over a couple of years.

The organizers were an American Christian group, and the topics were supposedly open to all faiths with presentations limited to 15 minutes each, followed by questions.

In reality, the Christian side chose every single topic and ignored the suggestions of other faiths. While the other religions did stick to the 15 minutes allowed the Christians usually took 40 minutes or longer.

In general, the only thing that people found interesting were the Buddhist presentations, and even the Muslims were impressed.

As for the Muslim presentations, the Islamic audience usually consisted of Saudis and Pakistanis so both had a different view of what Islam was and could never agree on anything, however, their disagreements were amusing and polite.

As for the Christian presentations they were boring and generally had no reasonable substance, so question time was always complete silence.

Interestingly, the Buddhist monk was the only one considered to be speaking a language that everyone could understand and was subsequently invited to Saudi Arabia and Pakistan by the Muslims, and to India by the Hindus in the audience, to which he politely declined.

In general, the Muslims were friendly and polite, whereas the Christian Americans were aggressive and generally impolite without even being aware of it; dreadful, self-centered people.

Youths involved in Facebook racism incident to be given 2nd chance

Guess those boys have Tan to thank for.

I was interested ur comment on the poll on inter-religion charity efforts, but was unable to access "rix77holyspirit.blogspot.com" (it gave me blog not found). Is there any other references to this particular poll? And is it in Singapore context?

Because if it is really so, I am kinda disappointed with the mainstream media for giving me a "false" impression. I always had this impression that most major religious groups have no qualms about having jointed charity efforts for a common cause - I mean, I seriously can't think of any good reasons why not.

I did not know that there are denominations who refused to join the Inter-religious Organization. I was not able to get any info from the website, but I am very disappointed.

And I think the reverse of "shame society" idea is not a bad one.

Dear Eterna2
These and other related statistics can be found in ‘Negotiating Christianity with Other Religions’ by Matthew Matthews in Religious Diversity in Singapore, 2008. Mathews study indicates that inter-religious dialogue in Singapore has little support from the clergy of conservative and evangelical Christian denominations.

My suggestion is that the various religions' leaders should work with the government to develop a course to teach clerics about the legal responsibilities of religious teachers. For example, a cleric can say that his God or Buddha is good but not ridicule other religions' God or Buddha.

Sunny: I think the legal responsibilities are more or less outlined in the Religious Harmony Act. I think every religious leader (and follower) should know it, but it may not be enough. It's the "optional" responsibility of understanding other faiths that is needed to make considerate behavior really come from the heart, otherwise such actions/speeches like Pastor Tan's are likely to just continue underground. Such understanding, in this age of information, can be had easily if one makes up one's mind to get it. Alas, it's a big if.

Are u suggesting that the Muslims are aggresive in defending their religion?

Islam is probably the biggest foe in the Christian world. Since Day One, insults and denigrading words are targetted towards Muslims and Islam from those group.

This has made the Muslims tired and weary and made them response in such an agressive manner to stop all this centuries-old hammering of Islam.

Having said the above, I am in no way condone any violent or offensive acts even if its to defend the religious.

It is my personal view above as to why the Muslims acted like they acted before since you have brought up this subject.

"Consider it "God's grace" that this Tan fellow did not insult the muslims. This Tan fellow is damned "lucky" ths time."
What Justin Choo meant was that Pastor Rony Tan could have had a fatwa declared on him, just like tha case of Salman Rushdie. Then he would really have to pack his bags and go into hiding.

Alright, this may be true or otherwise.

Just to educate other posters here, a fatwa may be made by any Islamic religious authority (or unauthorised).

However what others may not know is that Fatwa is non-binding. Muslims do have a choice whether to heed the fatwa or not. There are fatwas which are conflicting even within a region, followers may choose one which suits them best.

Majority of the Muslims worldwide never bothered or cared about the Salman Rushdie's fatwa, its the western media that have blown it out of proportion.

Do you really believe if Salman Rushdie is found strolling along the Singapore's street, he will be killed by your fellow Muslim neigbours? There are numerous fatwas issued which say killing is a sin as big as killing the whole mankind.

Its just that there are always others who tried to drag Islam and Muslims into conflicts. Leave them alone peacefully this time. Please.

38 Point-by-point Clarifications of Misconceptions in Pastor Rony Tan’s Vids can be seen @
http://tinyurl.com/ygerfp3

I had also written a comment on my blog http://halftimeadventurer.blogspot.com/2010/02/comments-on-nus-buddhist-societys-nusbs.html regarding the views expressed by NUSBS on Rony Tan.

theonlinecitizen.com has published an article on bante's blog & it can be read here

Hi Bhante and all,

The video (at first glance it even looks like a Buddhist video) below has been produced by a Singaporean Christian in response to the case of Rony Tan. Please click on the link below to view it. Highly recommended: