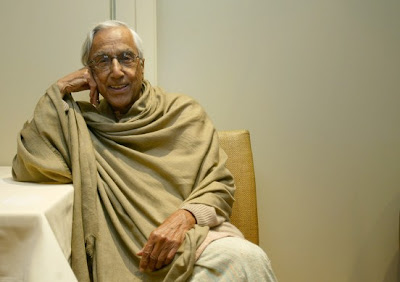 On the 26th of last month Raimon Panikkar passed away at the ripe old age of 92. Panikkar was probably Catholicism’s most well-known, most learned and most articulate proponent of ‘dialogue between men of living faiths’. Over the decades he wrote dozens of books and countless articles urging Catholics to dialogue with and learns from Eastern religions, mainly Hinduism and Buddhism. In some ways he was uniquely placed for this endeavor having had a Hindu father and a Catholic mother and being educated at Benares Hindu University. Some of his more notable works are The Silence of God: The Answer of the Buddha (1989), The Unknown Christ Of Hinduism: Towards An Ecumenical Christophany (1981) and Espiritualidad Hindu: Sanatana Dharma (2006). One of his oft quoted sayings is, ‘I left Europe (for India) as a Christian, I discovered I was a Hindu and returned as a Buddhist, without ever having ceased to be a Christian’. I can’t say I ever read anything by him that suggested that he was a Buddhist, although many of his ideas did sound like Christian (or perhaps better ‘theistic’) concepts wrapped up in Buddhist terminology. Inter-religious dialogue is a good thing if it takes place in an atmosphere of mutual respect and if the benefits are shared by all parties. But myself, I sometimes have trouble shaking off the impression that another strategy lies behind dialogue, at least for some people. In her obituary of Raimon Panikkar published in Time (20,9,2010) Amy Sullivan writes, ‘Some Catholics saw (Panikkar’s) work as dangerously radical. But to his students and many admirers, Panikkar was a prophet whose teachings helped Christianity spread like wildfire throughout the non-Western world’. Now I’m not sure I would agree that Christianity is growing that fast, but it certainly is in the ascendant in Asia, including in traditional Buddhist countries. Could this be the unspoken rationale behind some dialogue?
Whatever the case, Panikkar was a deeply spiritual man and a very warm, open one as well. And he could be most interesting to listen to. Here is parts of a dialogue he engaged in on the subject of love.
http://www.fetzer.org/resources/resource-detail/?resource_id=300
Posted by Shravasti Dhammika at 1:00 AM

I met Raimon when I was staying in India some 20 years ago in various Christian and Catholic ashrams.

I really think he had no alterior motive, but a genuine love for Eastern spirituality, which he had a deep knowledge of.

Some in the Church hierarchy do see dialogue as a strategy, and others claim it is one to ward off criticism from the Church.

Most however simply see it as a way of supplying what is so woefully missing from the Church otherwise.