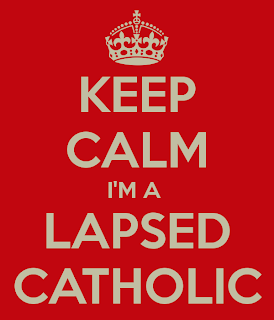 Posted by Shravasti Dhammika at 10:42 AM

Maybe it means that I am now behaving non-virtuously at all times; suppsing that's possible.

Two possibilities come to mind. One is that the person was born into a traditional Buddhist community, but prefers living a life of non-striving western secularism. Some of the (Nepalese) students that I teach are like this. They are surrounded by culturally Buddhist images and phrases, and are at ease with them. They might say they are Buddhist in order to differentiate themselves from the other Hindu Nepalese. But they don't meditate, or even keep the precepts other than out of force of habit.
The second possibility would be a lapsed western practitioner. They have not bothered to clear their mind of ideas about rebirth, Kamma, etc., but they only ever think about this in the abstract, for want of an alternative which is more congruent with their lapsed lifestyle.

Would you call a Buddhist a person making offerings to or supporting monks but who is otherwise non-practicing?

The word practice is widely misused in Buddhist circles. What is meant exactly? Even when one says it is following the Dhamma. thus implying to live by a certain moral code - millions of non-Buddhists will live in accord with that code (not killing, not stealing etc.) without thinking that they practice Buddhism.

So we may look for a more defining characteristic of Buddhist practice. Unfortunately, not only in zen circles it is mostly understood as sitting meditation. For me it is the ability to let go - of money and possessions, feelings, views, relationships. In this respect I can find a real difference on an almost daily basis to people around me, even to the "practicing" Buddhists in Asian countries where I now mainly stay.

First we have to know and realise what being a Buddhist mean in practical terms. Only then can we decide whether the term non-practicing Buddhist make any sense.
Ultimately, a practitioner will detach even from the term Buddhist.

Dear Hridaya artha, the Buddha did not teach the Noble Onefold Path, Right Feeding Monks,he taught… well, I’m sure you know what he taught.
Dear Bill will, a agree with you. But let’s not abandon the raft before we have even started crossing the stream.
Dear Gui Do, the Buddha actually uses the term “live by Dhamma”. I would take this to be adhering to a the code of morality, as you correctly say, practicing meditation, but certainly more than that. For example understanding or trying to understand the Buddha’s philosophical concepts and world view and gradually developing a detached and “letting go” attitude to worldly objects and concerns.

Thank you Bhante for your guidance. Indeed, the raft carries us firmly while the stream seems endlessly wide.