The title seemed interesting and it was thick enough to keep me busy for a while so I decided to take it out; the Encyclopedia of Religion and War, edited by Gabriel Palmer-Fernandes. It certainly looked comprehensive enough. The list of entries included ‘Bishop’s War’, ‘European Wars of Religion’, ‘Jihad’, ‘Japan-Tokugawa Period’, ‘Roman Catholicism-Just-War Doctrine’, ‘Taliban’ and ‘Zen and Japanese Nationalism’. I did wonder what Aum Shinrikya, Ghost Dance and Thugs were doing in such an encyclopedia, since they were not linked to any wars I know of. Anyway, I started reading two or three entries each evening. The ones ‘Judaism-Biblical Period’ and ‘Holy War Idea in the Biblical Tradition’ made informative if grim reading, very grim reading. I finally found out the Hebrew for two Old Testament terms I have long wondered about – ‘God is a man of war’ (ish milhamah), and God’s title ‘Lord of Hosts’ (adonay zeva’ot) meaning ‘chief of the army.’ The entry on Jainism is only two pages long which is appropriate given that Jainism doesn’t just talk about peace and respect for life but has, for the most part, long practiced it too. Eventually I go to the entries related to Buddhism. ‘Buddhism-China’ and ‘Buddhism-Tibet’ are accurate and thorough and should be read by all those who keep on repeating that hackneyed old cliché ‘Not a drop of blood has ever been shed in the name of Buddhism’. Then I got to ‘Buddhism-India’ and the problems began. This entry gives a pa 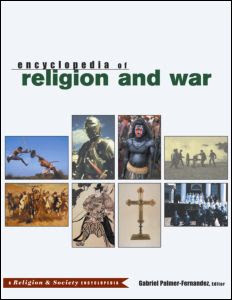 ssable but hardly ‘encyclopedic’ account of early Buddhist doctrine although a good chunk of it is actually about Buddhism in Sri Lanka. The author, Todd Lewis from the College of the Holy Cross, mistakenly describes King Dhutagamani as ‘a convert to Buddhism’ (p. 44) and following Nikam and McKeon gives Asoka’s dharma vijaya as ‘moral conquest.’ This is, Todd feels, an example of where Buddhists used warfare as a spiritual metaphor. Boy! He is really clutching at straws. Vijaya here would be more accurately translated here as ‘victory’ or ‘mastery over’. The author could have said something more substantial (and accurate) by discussing the comparative rarity of the military metaphor in early Buddhism. The Buddha’s description of soldiering as a wrong livelihood (S.IV,308) his extortion to monks and nuns not to attend military parades (Vin.IV,104), to even talk about war (D.I,7; 10) and his others statements relevant to warfare get no mention. The next entry, ‘Buddhism-Mahayana' by Michael Lazich is more an account of early Buddhist doctrine, which one would have thought would have been more appropriate in the previous entry. Lazich only gives one Buddhist source, the Metta Sutta, and fails to mention the numerous Mahayana works that speak against violence. One would have thought that the wonderful plea against war and in favor of peace from the Suvarnaprabhasottama Sutra would have been appropriate here, but presumably Lazich is unfamiliar with it. The next entry, ‘Buddhism-Myannmar and Thailand’, covers much of the same ground as the two earlier ones, without really saying very much about the Buddhist attitude to war. I will be kind and call this entry ‘amateurish’. The entry on martyrdom is well-informed and detailed as far as Christianity and Islam are concerned but what it says about Buddhism is confused and misleading. One wonders why Buddhism would even get a mention in this section unless it were to say that the concept of martyrdom does not exist in Buddhism. The author, Reuven Firestone, obviously knows nothing at all about Buddhism. He gives as examples of martyrdom, the Bodhisattva’s sacrifices as depicted in the Jataka. This is right off the mark. Stories of bodhisattvas like Khantivada sacrificing their lives were meant to demonstrate the strength of their resolve, patience, compassion or endurance, etc, not to show that they died for their religion, which is what a martyr is. Strangely, having made this wrong association, the author them contradicts himself by saying, ‘The bodhisattva suffers for the sake of the dharma, which if often identified with the Buddha himself (Really! Where is this ever done?), though in most cases the persecution is not due to the bodhisattva’s being a Buddhist per se.’ Firestone then mentions that in many stories from the Mahayana, bodhisattvas inflict suffering upon themselves. Since when does self-inflicted suffering qualify one to be a martyr? One has to expect there to be a few mistakes in a large work like an encyclopedia but in this one the mistakes look systemic. Throughout the entry on Sri Lanka the native people of the country are called, correctly, ‘Sinhalese’ but page 408 refers to ‘the Sinhala dynasty of the Anaradhapura Kingdom.’ It looks very like the author has mistaken this different way of pronouncing ‘Sinhalese’ for the name of a particular dynasty. On page 162 we find this sentence. ‘He erected massive stone pillars known as “Asokan edicts” throughout his empire.’ Asoka’s pillars are not known as ‘Asokan edicts’; the pillars are one thing and the edicts are another. Indeed, some pillars don’t have edicts on them and some edicts are not on pillars but on rocks.
I get the feeling that some of the contributors to this encyclopedia have a very thin knowledge of Buddhism and have just done a bit of reading before writing their articles. In fact, it looks like the publishers have tried to produce a work at a minimum cost by commissioning teachers from small-town American collages who have little expertise in Buddhism, Buddhist history or the sociology of Buddhism. The resulting encyclopedia is inaccurate, superficial and confused and I do not recommend it.
Posted by Shravasti Dhammika at 2:48 AM

thank you for this review, it seems to be very comprehensive. But I would like to comment on this quote:

The bodhisattva suffers for the sake of the dharma, which if often identified with the Buddha himself (Really! Where is this ever done?)

Well, maybe dhamma is not "often identified with the Buddha himself", although in Vakkali Sutta (SN 22.87) the Buddha states:

He whose faith in the Tathagata is settled, rooted, established, solid, unshakeable by any ascetic or Brahmin, any deva or mara or Brahma or anyone in the world, can truly say: 'I am a true son of Blessed Lord, born of his mouth, born of Dhamma, created by Dhamma, an heir of Dhamma.' Why is that? Because, Vasettha, this designates the Tathagata: 'The body of Dhamma', that is, 'The body of Brahma', or 'Become Dhamma', that is, 'Become Brahma'.

And in the mahayana context author could refer to the doctrine of three kayas.

Interesting points. Thanks for drawing attention to them