The other day Ananda, Gerald and I went to visit two cemeteries in Singapore. The first was the old Japanese cemetery on Chuan Hoe Av, Serangoon North, which was in use from the middle of the 19th century up to the 1930’s. There were a lot of Japanese in the island in those days. Many of them were prostitutes and many of these poor women died destitute and lie buried here. In fact, the large piece of land that makes up this quiet shady place was donated by a wealthy brothel owner. Of course the bones of others – petty businessman, a few sailors, the wife of a diplomat and an officer in the Imperial Japanese Army - lie here too. Near the entrance to the cemetery is a fine image of Ksitigarbha, the bodhisattva who watches over travelers, including those traveling to their next life. The Bauhinia pursuer tree behind the statue was in full bloom. A little further along is a small Buddhist/Shinto shrine. Ambling amongst the trees and tombstones we came across a small image of a figure in meditation marking the grave of a child. 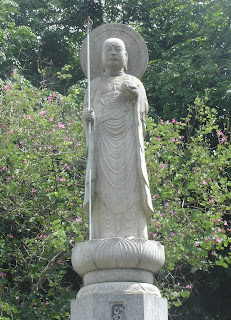 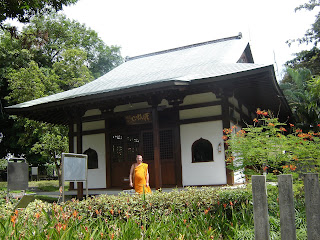 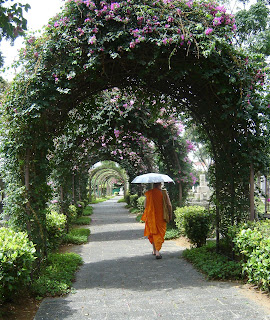 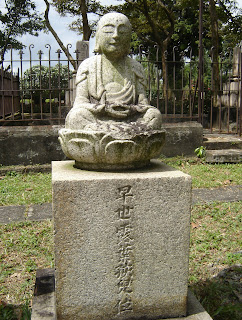 Next we went to the Commonwealth War Cemetery at Kranji. War cemeteries always invoke a mixture of sadness and gratitude, anger and pity in me. On the slope of the hill to the right of the central monument and in the shade of a majestic rain tree, are the graves of nine Sinhalese Buddhists. It made me somewhat pensive to see the graves of these young men, all of them under 23, immaculately kept but probably completely forgotten, despite the inscription at the entrance of the cemetery which reads ‘Their Names Shall Live Forever More.’ Each tombstone has a beautiful Sinhalese-style stupa chiseled onto it. I imagined these young men coming from their villages, wide-eyed and innocent, and being thrust into the maelstrom of a conflict that had nothing to do with them, being killed and never seeing their beautiful Island homes again. I record here their names and ask that any Sri Lankans who might read this blog to give them a thought and dedicate some merit to them next time you meditate or do your puja. They are – K.K. Abraham, M.R.D. Appuhamy, S.M.A. Davidh Hamy, A.T.U. Gedera Jamis, L. Francis, H.R. Payadasa, M.A.W. Perera, V.K. Simon and W. Weerasingh. 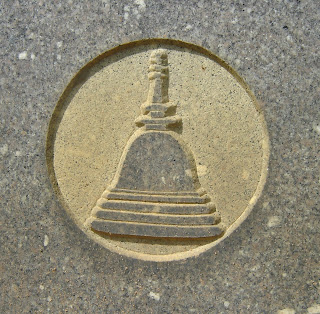 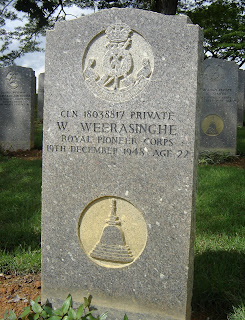 Posted by Shravasti Dhammika at 12:29 AM

If you were to understand kanji, at the Japanese Cemetry, you will notice quite a handful of them had their buddhist name inscripted in the middle instead of their original name.

If my information is correct, that cemetry was in charge by the early Jodo (Shin)shu clergies. However, the strange phenomenon is that they do not stay after the war.

There are 6 smaller images of Ksitigarbha found near the one that you'd shown. Those are the 6 different manifestations of Ksitigarbha in each of the six realms. I think this idea was expanded by the Japanese Buddhism, not the Chinese Mahayana.