A Gift Of The Gods?

Many cultures have myths explaining the origins of alcohol, often including the notion that it was a gift from the gods. It has also had a close relationship with religion too. The Egyp 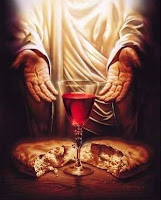 tians, Greeks and the Romans all had gods of wine (Bacchus, Dionysus, etc). In Christianity alcohol is associated with Jesus’ blood and one of Jesus’ most amazing miracles was to turn some water into wine. The Jataka tells a story to explain how alcohol came into the world which is less laudatory than many of the myths but far more plausible. Long ago in a certain forest there was a fruit tree which had a large forked trunk with a depression in it. Rain water collected in the depression, fruit fell into it and warmed by the sun it fermented. In the summer, thirsty birds drank from the depression, became intoxicated, fell to the ground and after sleeping for a while, flew away. A hunter observed this and curious as to its cause, he too drank some of the liquid and became intoxicated. Later, he introduced it to his friends and so it was that alcohol became known. According to the Jataka, this discovery became the cause of innumerable social ills (Ja.V,12-20).
Posted by Shravasti Dhammika at 1:51 AM

The Jataka story was about the human observation of the natural occurrence of fermentation. This is plausible. Hence, fruit (probably grape) wine was the earliest natural alcoholic beverage. Later ‘wine’ (spirits) were made from wheat, malt, and rice using yeast as catalyst. Wine and spirits were and is still use in religious ceremonies. Perhaps, one way to spirituality is to drink spirits!
France & Italy are the biggest producers of grape wine. I wonder whether they have more drunkards than other countries.
Like everything else, moderate consumption of alcohol can be beneficial. As a beverage to accompany food, liquor is unlikely to be abused. The problem is with social drinking. Human is the only creature that drinks for reasons other than thirst! We drink when we are happy, sad, lonely, depressed, for celebration, sporting achievements, marriage, religious rites. God must be crazy to drop a wine bottle!

Social Evil
In western countries they drink alcohol , observing moderation..
I live in South India in Tamil nadu..here all the Wine shops are govt owned..the unfortunate thing is the Lower class people who earn by driving autos & doing manual labor..empty their days earning to drink but do not provide a penny to the family...
Some pople ..who are laborers ..i have observed they do not allocate money to dress properly but in the evening they are spotted in a wine shop..they somehow manage money for getting a bottle of alcohol

Bhante, happy teacher's day!
Thank you for following the great teacher's footsteps and trying to teach us to attain what he attained.

"A teacher affects eternity:
he can never tell where his influence stops."-Henry Adams

"The most effective teacher will always be biased,
for the chief force in teaching is confidence and enthusiasm."-Joyce Cary

"It is the supreme art of the teacher to awaken
joy in creative expression and knowledge."-Albert Einstein

The dream begins with a teacher who believes in you, who tugs and pushes and leads you to the next plateau, sometimes poking you with a sharp stick called "truth." ~Dan Rather

Never try to teach a pig to sing....it wastes your time and annoys the pig. -Anonymous :P

Alcohol affected the choice of religion for Russia. The two main contenders were Christianity and Islam. Prince Vladimir saw useful elements in both. So what decided the matter was that Islam did not favour drinking. And the choice was made with these words: "The source of merriment in Russia is a good drink, and this cannot be otherwise". So Buddhism would have had no chance... And our government has started for an umptieth time a new anti-alcohol campaign, as the devastating effect on the society has reached its worst ever level, when the country's population decreases by 700 000 each year. And the main reason is heavy drinking.

Dear Buddha,
Thanks for another example of the situation ‘on the ground’.
Dear Soe Am I,
Thank you for your kind and encouraging thoughts on Teachers Day.

Hmm .. it is interesting to know that alcohol played a part in the choice of national religion. Long Live the Tsar and Vodka! Governments know that social consumption of alcohol is bad just like cigarette smoking. Had cigarette been around the same time as alcohol, it would be one more precept in Buddhism and one more prohibition in Islam. But governments cannot afford to ban sale of alcohol or cigarette, the tax factor outweighs the social ills. Similarly, economic factor justifies casino despite known problems associated with gambling. How much can religion do?