I stopped off in Kathmandu for a few days on my way back from my recent trip to Tibet, the first time I’ve been in the city for years. How things have changed? So many of the beautiful old houses have been torn down and replaced by cement blocks. There used to be farm houses and fields between Bodhinath and the city now its built up all the way. Anyway, my brief stay reminded me of J. Milton Hayes quaint old poem about Kathmandu which my mum used to recite to me with appropriate dramatic facial expressions and hand gestures. 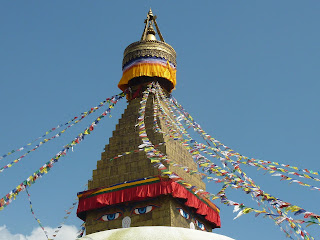 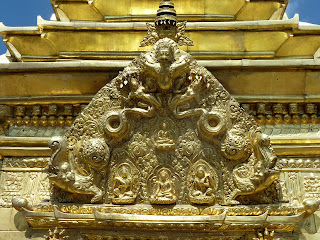 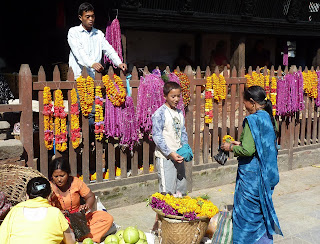 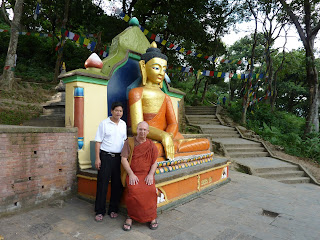 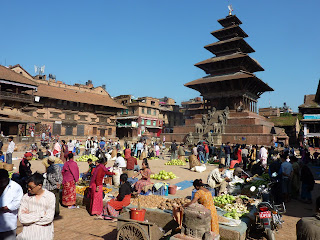 (Bhante, I had to delete my previous comment for editing as I realised I hadn't read your post properly. For me, this is not out of character.)

It's a shame about Kathmandu, Bhante. To someone who has never been there, the mere name 'Kathmandu' suggests a city of exotic wonderment, filled with mighty pagodas hiding secret wisdom (and quality camping gear).
But of course nothing is permanent - as the Buddha has made clear.
All is flux and nothing endures but change.
But does progress always have to mean greater ugliness?

"Progress always have to mean Greater Ugliness"...That was nice one...Mushinrosha

Btw when my mom Visitied kathmandu on a Badri Trip ..she was Shocked at the Large Scale Animal Sacrifice for the Local Temple in Nepal..i do not remember the exact Place.
I do not know how the Take Pride in telling that Siddhartha was Born in Nepal , while they Themselves Grossly violate the First Precept.

Dear Buddha,
I know of no Nepalese Buddhist custom that requires animal sacrifice. However,animal sacrifice still plays an important part in Hindu pujas. Have a look at http://www.huffingtonpost.com/2009/11/20/gadhimai-festival-nepal-m_n_364790.html
The Rana government half-heartedly outlawed human sacrifice at the end of the 19th century, mainly to please the British, but it continued well into the 1940’s and has still not entirely died out.