Where The Buddha Walked 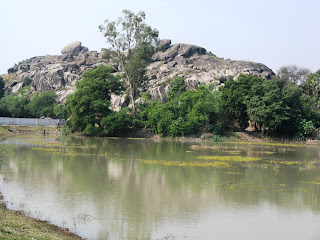 I have just stumbled on a most interesting website done by an Indian gentleman named Mr. Suresh Bhatia. It’s interesting firstly because it’s not your usual Indian effort (badly organized, full of factual errors, atrocious English, links that lead nowhere, etc). Rather, it is well done and carefully researched. And secondly it’s interesting because it is all about one of my favorite subjects and one of my favorite places – Bihar. This north Indian state can rightly claim the titles of both the cradle and the funeral parlor of Indian Buddhism. Buddhism started there, at Bodh Gaya, and the last Buddhist monasteries and temples hung on there until their destruction by the Muslims in the 13th century. Mr. Bhatia’s website contains excellent pictures of and info about some of the lesser known or almost unknown Buddhist sites in Bihar. The only serious errors he has made is in the article on Bihar Sharif. The second statue is of Suriya, the Hindu sun god and the ruins are all, without exception, from the Islamic period.
I was amazed to see the pictures of Gurpa. I can honestly say that it was I who brought this place to public notice after re-discovering it in 1992 and publishing an article about in the Middle Way in 1998 (February). During my second trip there Ven. Ananda from Bodh Gaya accompanied me, later he informed some Taiwanese pilgrims about the place, and now it has changed from a quite hill in the jungle to an essential tourist stop – all in just 15 years. I was also delighted to see that the Bihar State Government has finally got around to ‘improving’ Vikramasila. Do have a look at Mr. Bhatia’s website, it is really worth a visit. It’s called The Buddhist Heritage and it’s at http://bhpromo.org/
If you would like to read about my recent visit to Kuvadol (Kawadol) have a look at
http://sdhammika.blogspot.com/2008/06/parayanavagga.html And if you would like to read more about little visited ancient Buddhist sites in Bihar read my Middle Land Middle Way, details in the side bar. 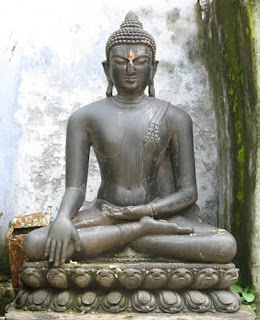 Posted by Shravasti Dhammika at 12:39 AM

"Usual Indian Effort..." being an Indian that was not a nice thing to read..we only have, ourselves , Colonial Rule and Invaders from Mid East to blame.