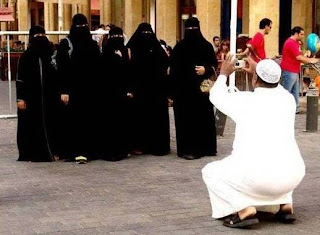 Of course I’m not an expert in these things, but I would swear that the one second from the left has had a face lift.


Now we have the Summer Olympics, the Winter Olympics, the Paralympics, the Youth Olympics and the Gay Olympics. I think what we really need now is an Articulation Olympics judging by some of the pronouncements made during the current Games.
1. Paul Hamm, gymnast: ‘I owe a lot to my parents, especially my mother and father.’ 2. Boxing analyst: ‘Sure there have been injuries and even some deaths in boxing, but none of them really that serious.’
3. Softball announcer: ‘If history repeats itself, I should think we can expect the same thing again.’
4. Basketball analyst: ‘He dribbles a lot and the opposition doesn’t like it. In fact you can see it all over their faces.’
5. Tennis commentator: ‘One of the reasons Andy is playing so well is that, before the final round, his wife takes out his balls and kisses them...Oh my God, what have I just said?’
Posted by Shravasti Dhammika at 12:07 AM