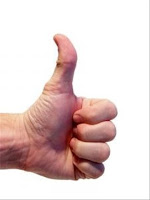 Over the last few days I have received about 35 messages, mainly from friends and acquaintances but also from a few people unknown to me, informing me that Buddhism has been voted the best religion in the world. I opened the first of these messages which had a link which I didn’t bother to open. I deleted all the other messages without opening. It must be the way I was bought up or something, but my first reaction of hearing this news was to think ‘By who?’ and my second was ‘Best for what?’ To me a statement like ‘Buddhism is the best religion in the world’ is on a par with statements like ‘Men smoke Drum’, ‘Prayer never fails’ or ‘Choice of a new generation’, i.e. it’s meaningless. And even if it were made as a result of a survey of religious leaders (and I couldn’t imagine Islamic, Jewish, Hindu or Christian leaders voting for such an idea. After all, if they believed that, they wouldn’t be Muslims, Jews, Hindus or Christians) it wouldn’t particularly move me one way or another. I’m a Buddhist because I have found the Dhamma to be a complete, humane, convincing and practical philosophy of life that suits my disposition and needs perfectly, not because it won a straw poll. And even if 500 Nobel Prize winners voted it the worst religion in the world that wouldn’t shake my conviction one millimetre. This morning I received two messages headed ‘Buddhism Best A Hoax’ and these I did open and read and got the full story. Apparently, this ‘Buddhism is Best’ claim w

as supposedly issued by a ‘Geneva-based’ organization called the International Coalition for the Advancement of Religion and Spirituality. God! A name like that should have been enough to make anyone suspicious. You know the old adage ‘the bigger the name the smaller the group’. And if not that, then ‘Geneva-based’. Geneva? Isn’t that where all those shady banks operate out of? So now the word on the street is that the ICARS doesn’t exits, that no vote was taken and that the whole thing is a hoax.
I wonder how many Buddhists got caught out?
Posted by Shravasti Dhammika at 6:32 PM

Received this too and I think it has done the round like the prayer wheel. At first look, it seems credible but at the same time incredible.
Fortunately (so far) no Buddhist has claim the award but I guessed many Buddhists have been fooled.

good test for the religious ego, I guess.

I got the email too and it was an obvious hoax for me. :)

While search for the so called "International Coalition for the Advancement of Religious and Spirituality" I found this site.

Thank you venerable sir for your thoughts on this matter.

Thanks for the sharing.

This post reminds me of an ant who declare that he is a king in his own ant kingdom... or someone else presented him his crown.. whatever he calls himself, He is still an ant.

Is being the "Best" even important at all?

Perhaps there should also be an award on Wisdom and compassion practice.

me too - i found ur site while searching for the authencity of 'ICARUS' - i think buddhism is a very good benchmark for me to lead my life though a lot of the times it seems difficult to live up to the stds set but i think thats y theres reincarnation, if u fail, u get a second chance - hehe!

The trouble with the Internet Age is, everyone hastens to re-post stories that they find fascinating, but very few take the time to fact-check. I'm glad you're raising questions about this "news" item.

Even at first glance, a diligent editor would have recognized the silliness of it:

The award-giving organization is listed with the acronym ICARUS, a name from Greek mythology (the character who flew too close to the sun), which seems an odd symbol for such a coalition. By the way, the organization's Web site cannot be located.

The name of the Burmese Buddhist monk cited in the story is "Bhante Ghurata Hanta," which is neither Burmese nor Sanskrit. (I should know; I grew up in Burma.)

Tribune de Geneve, the paper that supposedly first published the news, is a French language paper. Doing searches on "Buddhist" or "ICARUS" produced no story -- neither in French nor English -- matching the one we're reading.

I'm sure it's manufactured by someone who wants to have a few laughs -- unfortunately, at our expense and at Buddhism's expense.