Peace On Earth, Goodwill To All

The early Christians, all of whom were Jewish, in keeping with Jewish custom did not celebrate any birthdays, including that of Jesus, considering it to be a pagan practice. Jesus instructed his followers to celebrate his death (Luke 22:19) but not his birth. Not until several hundred years after his life was Jesus’ birth celebrated. According to the new Encyclopedia Britannica, some early Christians ‘wished the date to coincide with the pagan Roman festival marking the Dies Natalis Solis Invicti, “Birthday of the Unconquered Sun”’. This festival was celebrated with gift giving and feasting as is done today. Interestingly, several early Christian writers connected the rebirth of the sun to the birth of Jesus. One of these, Cyprian, wrote ‘Oh, how wonderfully acted Providence that on that day on which that Sun was born...Christ should also be born’. St John Chrysostom commented sourly, ‘They call it the “Birthday of the Unconquered Sun”. Who indeed is so unconquered as Our Lord’. The Bible gives no hint of the date of Jesus’ birth, but in about AD 200,Clement of Alexandria wrote that a group in Egypt celebrated the nativity on Pachon which is the 25th of May. The early church father Tertullian does not mention Christmas as an important religious feast day for the church in Roman north Africa. However, in Chronographai, a reference work published in 221, Sextus Julius Africanus suggested that Jesus was conceived on the spring equinox, for the first time popularizing the idea that Jesus was born on December 25th. De Pascha Computus, a calendar of Christian feasts produced in 243, gives March 28 as the date of the nativity. In 245, the theologian Origen wrote that, “only sinners (like Pharaoh and Herod)” celebrated their birthdays. In 303, Arnobis ridiculed the idea of celebrating the birthdays of gods, which suggests that Christmas was not yet a feast at this time. One of the earliest reference to the date of the nativity as December 25 is in the Chronography compiled in Rome in 354. In the East (Byzantium) early Christians celebrated the birth of Jesus as part of Epiphany (January 6), although this festival emphasized celebration of the Jesus’ baptism rather than his birth. It wasn’t until the early Middle Ages that the 25th of December became firmly established as the date of Jesus’ birth but even then it was still not a widely celebrated feast. Most early Protestant reformers were hostile to Christmas celebrations, condemning it as ‘pagan’ and as ‘the trappings of popery’. In 1647 the Puritan Christians in England actually banned Christmas. They were particularly critical of people meeting together to sing carols. The ban was not lifted until 1660 although for decades after celebrations were subdued and few people went to church. Christians in the American colony of Boston outlawed the celebration of Christmas in 1659 and although the ban was lifted 22 years later. It did not really become a popular celebration until the mid 1800’s. 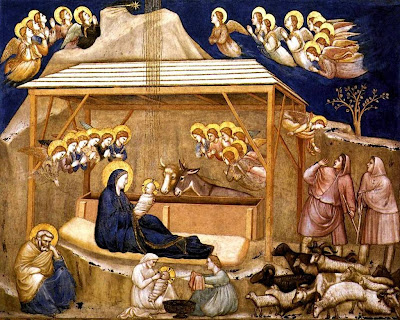 Nowadays Christmas, which is a lovely celebration, is severally threatened, not by being banned but by commercialism. The beautiful imagery of the young mother and her husband, the child in the manger, the barnyard animals gathered around, the three wise men and the star have been almost completely taken over by Santa Claus and plastic Christmas trees. The cheerful ‘Happy Christmas’ has been ‘politically corrected’ to ‘Happy Holiday’ and the blessing ‘Peace on earth, goodwill to all’, has been replaced by ‘I want the new Nintendo game!’.
Posted by Shravasti Dhammika at 12:16 AM

Thankyou Bhante, and a Merry Santa Claus Roast Turkey Wrapped-Gifts day to you!

Everyone celebrates birthday, even monks and priests. This is not only customary (certainly pagan in origin) but it is very human nature and desire to acknowledge the Self Existence. Even if one doesn't wish to celebrate his own birthday, somebody else will! How can the dead celebrate his birthday? As in all celebrations, indulgence is inevitable - gorging, gifting, singing, dancing, merry-making, and wasting. And to ameliorate these indulgences, slogans, jingles, carols like 'joyous giving', 'goodwill', 'peace', 'happiness' are splattered all over the place.