On 7 September and 14 September 2004, the Norwegian Broadcasting Corporation (NRK) aired the documentary called 'The Manuscript Collector', a well-researched and hard-hitting investigation into the collecting activities of the Norwegian multi-millionaire Martin Schøyen. The documentary offered to a wide audience a clear-cut example of how the looting and destruction of archaeological heritage is ultimately financed by wealthy collectors and legitimized by naive scholars.
In 2001, the year that the Taliban blew up the Bamiyan Buddhas, Martin Schøyen made the headlines. In newspaper articles and radio interviews he revealed that he had in his possession a large collection of ancient Buddhist manuscripts and manu 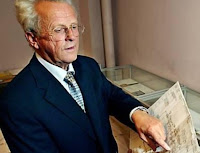 script fragments that had been saved from the Taliban regime. In a radio interview Schøyen related the following story about the origin of the manuscripts: Buddhists in Afghanistan, seeking refuge from the regime and hiding in caves had discovered the manuscripts. The Buddhists sent out requests for help to save these ancient manuscripts and Schøyen mounted ‘a rescue operation to save a part of the world’s cultural heritage, which otherwise would have been destroyed’. According to Schøyen, the manuscripts were smuggled out of Afghanistan by refugees as they were perused by the Taliban. Schøyen also related that he had in his possession all the fragments of a book that, he claimed, had been below the hand of a Buddha statue the regime had blown up. Having rescued these manuscripts, Schøyen wanted them to remain in safety in Norway. He hoped the collection would be purchased by the Norwegian government for the National Library and placed in a new, specially-constructed building. Schøyen’s asking price for the collection is not known, but in 2003 he turned down an offer of over $110 million. In short, according to Schøyen’s testimony, he had saved an important part of the global cultural heritage from certain destruction, and his implication was that for this altruistic ‘rescue operation’ he deserved public gratitude and a monetary reward. Yet, the NRK investigators asked: what were the exact circumstances of Schøyen’s rescue operation? Were the manuscripts really saved from the Taliban? Where and when were they actually found? To answer these questions, the NRK team went to Bamiyan where they met with the archaeologist Kazuya Yamauchi, who was working at the site. Yamauchi explained that he had never found any manuscripts in the caves at Bamiyan, and that the caves had been thoroughly looted long before the Taliban came to power. But Yamauchi also told them that when he had visited the town of Zargaraan, east of Bamiyan, he had heard that in 1993 a landslide had uncovered a cave and a strong wind had blown manuscript fragments across the countryside. Yamauchi believed that Zargaraan could be the true find spot of the manuscripts in the Schøyen collection.
Schøyen refused to be interviewed for the documentary, but Jens Braarvig, professor of Religious Studies at Oslo University, and the person in charge of publishing the Schøyen manuscripts, admitted on camera that there is no reason to believe that the manuscripts are not from Zargaraan. If this is the case, the investigators concluded, then it means that the

story about the manuscripts being saved from the Taliban is false. The investigators uncovered more disturbing facts. During the civil war in Afghanistan the National Museum in Kabul was looted and lost over 70% of its collection, including its collection of Buddhist manuscripts. The NRK program revealed that two, probably six, manuscript fragments in the Schøyen collection came from the National Museum. This fact had been known to Schøyen, Braarvig and other scholars publishing the manuscripts since 1998, but they had not made it publicly known, nor had they informed the Kabul Museum that they had the fragments. It was not until the NRK investigators started to make inquiries that Schøyen wrote a letter to the Afghani authorities and offered to return the fragments to the Museum. But there was more. The investigators discovered that many manuscript fragments in the Schøyen collection were not even from Afghanistan. It appears that, after initial purchases from Sam Fogg and other London dealers, Schøyen attempted to cut out these intermediaries and to buy closer to the ‘source.’ The program alleges that Schøyen started to deal directly with the smugglers.
The place where the objects were said to have been dug up is not named, but the investigators concluded that it was probably the town of Gilgit in northern Pakistan, which is known for its archaeological remains. The fact that the Schøyen collection contains material from Gilgit was confirmed by one of Schøyen’s suppliers, Bill Veres. Veres did not want to be interviewed, but in conversation with one of the NRK investigators (recorded with a hidden microphone) he said that in 1998 he had sold Schøyen a manuscript from Gilgit. The price paid was equivalent to £13,000. When interviewed, Braarvig reluctantly admitted that there were ‘a few leaves (from Pakistan) which had crept into the collection’. After the broadcast of the first part of the program, Schøyen confirmed that his collection contained between 200 and 300 manuscript fragments from Pakistan. To find out more about the source of the manuscripts, the NRK team travelled to Gilgit. After a long journey, passing through Peshawar, the main trading centre for drugs, arms and antiquities from Afghanistan, they eventually reached Gilgit. Here they met with Muzaffar Ali, a representative of the local administration. He related that for ages the ruins of monasteries and other archaeological remains had remained untouched because they were considered to be haunted by evil spirits. The situation changed one night in April 1994. That night a group of looters arrived. They started digging in the ruins and found books and other antiquities. After the looters had left, the poor people from the neighborhood also tried their luck in the ruins. Among them was the shepherd Mohammed Iqbal, who told the NRK team that he had dug up a book with several hundred pages and later sold it for R. 270,000 (£2500), equal to about 10 years income for him. He was later told that the book had been sold in Peshawar for a price equivalent to £40,000. Its later whereabouts are unknown, but according to Bill Veres it may well have been the book he sold to a Japanese collector for a price equivalent to £200,000. Schøyen had been offered the book first but did not bid more than £80,000.
At Gilgit, the NRK team documented ample evidence for the destructive consequences of looting. The site was littered with pottery fragments. The Pathan looters had found the manuscripts stored in jars and in their hurry to retrieve them they had broken the jars into pieces. This violent treatment had also damaged the manuscripts. The investigators were told by Iqbal that when he arrived at the site he had found around some 500 manuscript fragments spread over the area. Believing that these were ‘bewitched Hindu texts’ and apparently unaware that small manuscript fragments could also be sold, Iqbal and his friends used them as fuel when making tea. At the site the NRK team was shown a shallow Buddha relief on a mountain slope around which the first group of Pathan looters had drilled holes for explosives. They had planned to detach the Buddha with dynamite, but aborted the attempt. The investigators could only conclude that the true circumstances of the origins of the Buddhist manuscripts were less flattering for Schøyen than the saga he had told. The manuscripts were not saved from the Taliban in a rescue operation. They had come into his possession through a totally unrelated route. They had been bought on the art market, sometimes directly from smugglers. Some of the material was not even from Afghanistan. These facts had been known to Schøyen and a number of scholars for years, but they had kept the information to themselves.
Tomorrow Part II
Posted by Shravasti Dhammika at 12:03 AM

What an incredible story! I look forward to Part II