The First Buddhist Monks In Europe

In 1818 the wife of the first Chief Justice of Ceylon, Sir Alexander Johnston, became seriously ill and he decided to hire a ship to take her back to England. Just before the ship left two Buddhist monks, Venerable Sri Gunamuniratana and his cousin Venerable Dhammarat 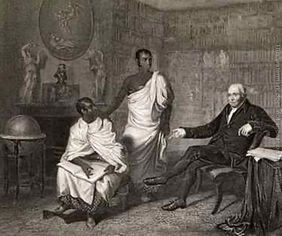 ana, turned up and asked if they could also take the ship to England. The monks were from Silabimba Vihara, on the edge of the lake at Dodanduwa near Galle, where on an island in the lake one of the first Western monks, Nyanatiloka, was to established a monastery in 1911. The monks were told they could come if they were prepared to work on the ship which they agreed to do. When the ship arrived in England Johnson contacted the Reverend Dr. Adam Clark, a well-known Wesleyan clergyman, and asked him to look after the monks which he was happy to do. With their striking yellow robes and exotic origins the monks were the talk of the town for a few months and were in demand in society. Eventually they announced that they wished to become Christians and to Clark’s delight he baptized them and gave them the names Adam and Alexander. In 1820 they returned to Ceylon with a letter from Clark to the Governor stating that he believed that their conversion was genu 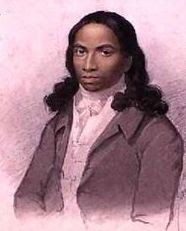 ine and that they should be given all assistance. Their ship docked in Trincomalee where Alexander disembarked and Adam stayed on board. He wished to proceed to Calcutta where he intended to train as a missionary, or so he said. A few hours out of port lightening struck the ship and it returned to Trincomalee and no other records of Adam survive. Perhaps he thought that the gods were angry at him for renouncing the faith of his fathers. Jehovah is not the only deity who hurls thunder bolts! Alexander got a minor job in the government and there is no record of his involvement with Christianity or the church. Beyond that we know nothing of him.
Was Sri Gunamuniratana and Dhammaratana conversion genuine? I doubt it. The Sinhalese are a gentle, easy-going people, always ready to please, especially if there is some advantage to be had from it. I suspect they feigned interest in Christianity to please the Clark and because they thought it might be to their advantage when they returned to their homeland. Of course, it is also possible that Reverend Clark pressured them into converting. Whatever the case, we have to wait until the 1900’s before another Buddhist monk would set foot in Europe.
The top picture is of Rev. Clark in his drawing room together with Sri Gunamuniratana and Dhammaratana. There are two copies of this painting, one in Wesley House in London (so I am told) and another in the National Museum in Colombo where I found it stacked in the store room, covered with dust and curling up in the heat in 1978. I am told it has since been restored and is being looked after a little better. It was this painting that initially put me onto the track of the first Buddhist monks we know to go to the West. The second picture is of Alexander after he disrobed.
Posted by Shravasti Dhammika at 1:31 AM

It is indeed in Wesley's House, see this page on the official website; http://www.wesleyschapel.org.uk/Virtual%20Chapel/pupils.htm . It seems to suggest that the two monks went to England specifically to convert to Christianity.

Dear Perry,
I have been trying to piece together the story of the two monks for some time and may not have all the facts yet. However, the link you have sent me, previously unknown to me, will help a lot. Thanks very much.

A possible earlier occurrence is Zarmanochegas, an indian monk who died (by self-immolation) in Athens, in 22 BCE.
His name have been interpreted as Sramana-acarya, and he may have belonged to a lineage of Buddhist sramanas.

For an overview of the evidence that buddhists lived on the Mediterranean in ancient times, see the answer to this question:
http://history.stackexchange.com/questions/20889/buddhists-in-ancient-alexandria-and-rome