It is called Anotatta in Pali, Anavatapta or Manasa in Sanskrit and is known today as Manasarovar. According to the Vinaya, the Buddha used his psychic powers to go to Manasarovar to bathe just after his enlightenment (Vin.I,28) and the Anguttara Nikaya says it is one of the last bodies of water to dry up before everything is incinerated at the and of the world (A.IV,101). Pali commentarial literature and Sanskrit literature (Buddhist, Hindu and Jain) say that the four great rivers of India, the Indus, Sutlej, Brahmaputra and Karnali (a major tributary of the Ganges) flow out of the lake. In actual fact, all have their source in the Manasarovar area but not in the lake itself. All Indian traditions hold the lake sacred. The Milindapanha says that just as the water of Manasarovar does not turn back on flowing to the sea, neither does the Bodhisattva turn back from his resolve to become a Samasambuddha rather than a Cakkavatti (Mil.286-7). The Paramatthajotika says that the lake’s water is always cool (absolutely freezing would be more correct, I fact I can testify to) because it is unaffected by the sun (Pmj.407).
My main goal in going to Tibet was to do the Mt. Kailash parikarma and to bathe in Lake Manasarovar. We got to Barga after a long, exhausting and dusty trip of nearly 1000 k from Lhasa and headed straight for Chiu. To see the turquoise-blue waters of the holy lake for the first time as we approached was the thrill of a lifetime. Mt. Kailash’s dazzling-while peak loomed over the horizon behind us and Gurla Mandhata stood sentinel over the far shore of the lake. The undulating plain around us was covered with dry yellow-brown grass and moss making it look like a vast cloth-of-gold, and there was not a cloud in the sky. It is the most pure landscape I have ever seen – silent, spacious and still. We got a room near Chiu Monastery, had something to eat and then drove a few kilometers further on. I went to the shore of the lake and made several important aspirations and vows. Then I did radiated metta to all beings in the world, the oppressed and their oppressors, the virtuous and the bad, those who live by Dhamma and those who do not. I contemplated all those who have ever harmed me and sincerely forgave them. Then I stripped to the bare minimum waded out from the shore and plunged into the crystal clear, icy water. I waded back to the shore to warm up a bit and then plunged in for a second and later for a third time. I felt absolutely wonderful; almost as if I was new, as if cleansed of everything unwanted. With my teeth chattering I them sat in the sun for a while, meditating and slowly warming up.
Later we drove to Rakshasa Tal and while my companions went down to the shore, I stood on the rise some distance away. What an absolute joy it was to see Nanda Devi reaching up into the blue sky and looking as if she was only 20 or 30 kilometers away. In 2006 I had trekked to the foot of this beautiful mountain * and now I could see her from the other side and almost reach over and touch her. A week later on our way back from Toling and Tsaparang, we stopped at Manasarovar again. During our absence it had snowed and we found ourselves in an amazing monotone world – an utterly blue lake and sky and a pure white landscape. The temperature had dropped dramatically and the snow was crisp and sparkling in the bright sunlight. Seeing wild ass (Equus kiang) and the Tibetan antelope (Pantholops hodgsonii) galloping through the snow was another thrill for me. I got up before sunrise to meditate at the edge of Manasarovar but it was just too cold. So I stood listening to the silence and watching the sky gradually fill with light until the sun peeped over the horizon. It was a truly memorable three days. 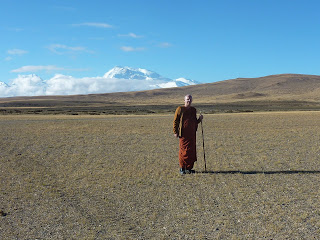 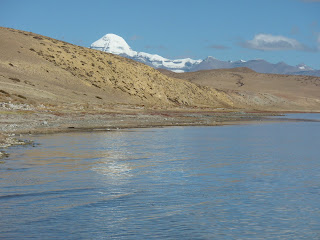 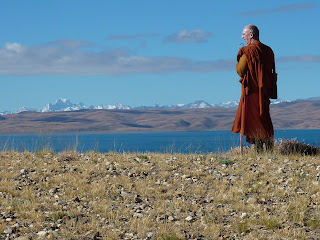 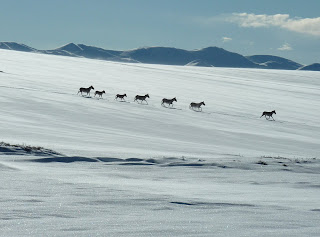 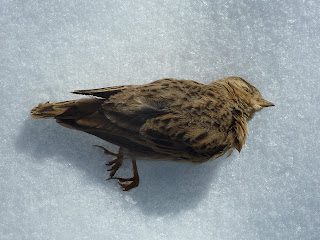 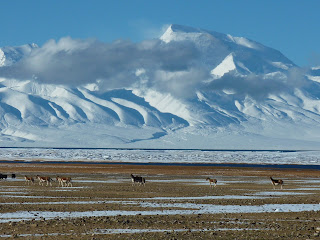 Still the best book on both Mt. Kailash and Lake Manasarovar is Swami Pranavananda’s Kailash Manasarovar (1949, reprinted 1983). This devote swami visited both places over 20 times. His book is a very readable combination of traditional devotion and scientific curiousity. I read it again before setting off and have gone through it again since coming back in order to know what the mountain and the lake was like and what it is like now.

* Have a look at photos of my previous Himalayan journeys at my posts of August 27th 2008.

Posted by Shravasti Dhammika at 1:43 AM

Greetings from Uttarakhand (formerly Uttaranchal) Am very much enjoying your descriptions. Have been to all the places you mentioned in your Himalayan excursion posts. Lovely to be reminded of them. Getting to Manasarovar has thus far eluded me but some time perhaps. Such travel gives quite a refreshing perspective. Thank you for the interesting posts.

Quite thrilled by your Manasarovar Trip.
As a Hindu , Kailas is the Abode of Lord Shiva.Quite a holy place.I have a wish to visit the Place.
Recently read a book abt Milarepa, Kilas is also Mentioned in that book.
Thanks for the Post & Pictures..
Hope to Visit the Holy place Someday.
I was told that we have to have a Exercise regime to visit Kailas as it requires Breathing in Rarefied atmosphere.How did you manage?
Does Meditation ,anapanasati Substitue that Requirement?
Do we need Chinese Visa? if we travel from India?

Thanks for sharing your special moment at Lake Manasarovar. The photos are breathtaking.

"Then I stripped to the bare minimum waded out from the shore and plunged into the crystal clear, icy water."

It is "paradise" for naturalists, though the cold temperature would be very challenging.