Last year I reported on the trial of Venerable Ming Yi, one of Singapore’s most well-known and liked monk (See http://sdhammika.blogspot.com/2009/08/trial-of-ven-ming-yi.html ). Ming Yi was found guilty and sentenced to 10 months jail but submitted an appeal. Now in Singapore someone convicted of a crime has to be genuinely convinced that there was a problem with the conduct of their trial or that the sentence they were given was inappropriately harsh. If the presiding judge dismisses the appeal he can increase the sentence. They don’t want the courts cluttered with appeals just for the sake of appealing. The judge hearing Ming Yi’s appeal decided that Ming Yi’s many years of public service should have been taken into account in deciding his sentence and reduced his sentence by four months. News of this came out the day before Vesak. 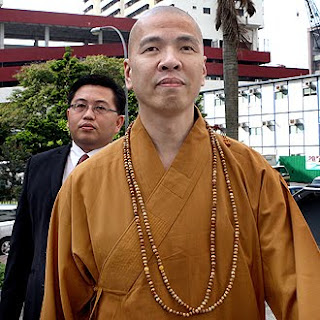 As I write this news has also come out that the senior pastor and 17 staff of the City Harvest Church, Singapore’s biggest Pentecostal church, are now being investigated by the Commissioner of Charities and the Commercial Affairs Dept of the Singapore Police. The CHC has a membership of 33,000 and in 2008 their Christmas service attracted 57,000 people. And people aren’t the only thing it attracts. The church is phenomenally rich. Its US$28 million titanium-clad church complex (fully paid for, according to the CHC’s wed site) is absolutely stunning and includes one of the largest underground sanctuaries in the world. Earlier this year it announced that it had purchased a S$310 million stake in a up-market shopping complex in the heart of Singapore. If the ongoing investigation into the CHC’s finances turns out to be problematic, and let’s hope it doesn’t, it will be interesting to see how it turns out. 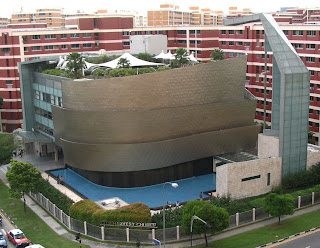 Posted by Shravasti Dhammika at 12:14 AM