Almost exactly a year later and the dust has still not settled and the ill-feeling and disappointment have still not faded. On the 25th December 2007, after four years of negations, signed protocols and agreements, the government of Bangladesh suddenly canceled its collaboration with the Paris' Musée Guimet to hold an exhibition of art from Bangladesh. It was discovered that somewhere between the National Museum and the Dhaka Zia International Airport, two 1500 year old statutes of Vishnu which were about to be transported to Paris had disappeared. The government demanded the immediate return of the 143 other pieces which had already been sent to Paris on 1st December. At a loss of thousands of dollars to itself, the Musée Guimet had to cancel the exhibition which was to be called 'Masterpieces from the Ganges Delta, Collections of Bangladesh Museums' and which was to have opened on the 9th January this year. After the statues disappeared the airport was surrounded by police and 15 people were arrested. Some months later the stolen statures were found in a Dhaka rubbish dump. Being too hot to handle, the robbers had smashed them up to hide their identity before disposing them. The proposed exhibition had already led to demonstrations in Bangladesh where there was great fear that these national treasures once sent to France may never come back. This typical paranoia about the wicked West is interesting given that the theft and the numerous other problems that had plagued the organization of the exhibition all took place in Bangladesh and under the of auspices of Bangladeshi officials. It was also revealed that the items to be transported to Paris had not been properly identified, that some had no accession numbers and that the French list of artefacts contained fewer items than the Bangladeshi list. Anyone who has ever seen the shabby and neglected state of Bangladesh's museums and archaeological sites will not be surprised by any of this. Bangladesh is a basket case. So much so that 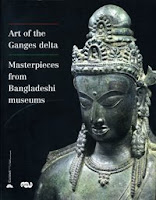 it can't even organize a museum exhibition. And whose fault is that? Someone else's! As a result of all this the French and the wider European public have been deprived of seeing some of the most exquisite and little-known examples of South Asia's Buddhist heritage. Other museums will be wary of ever dealing with Bangladesh's Dept of Culture and so such an exhibition is unlikely to ever to take place outside the country. What was them Gauda or Bangala, then Bengal and now Bangaladesh was once a great centre of Buddhist civilization. Atisa, the great reviver of the Dhamma in Tibet was a Bengali. The most we can do now is flick through the recently published catalogue of the aborted exhibition. 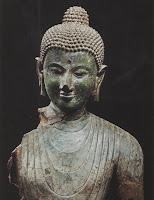 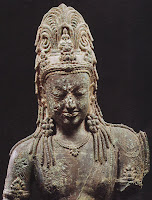 Posted by Shravasti Dhammika at 12:10 AM