Sad In The Buddha's Garden

On the 16th of Febuary the Pakistan government signed a deal with Muslim insurgants in the Swat Valley in which they have in effect handed over the running of the valley to them. The insurgents have vowed to introduce Sahria law and although they say that all the girls' schools will be reopened as soon as they are repaired, it has been pointed out that most such schools are not in need of repair. Swat is considered by many to be the most beautiful valley in the Himalayas (or Hindu Kush depending on where you draw the line between them). It used to be known as Udyana (garden) and because Buddhism flourished there for some 800 years it was sometimes referred to as the Buddha's Garden. Both Fa-hien and Huien Tsiang went there and left detailed descriptions of its monuments and monasteries. In 1023 the valley was invaded by Mahomed Gazni 'the World-burner' who killed the last Hindu king Raja Gira and, well, burned everything. Despite a thousand years of neglect and periodic vandalism the Swat Valley is (or was until recently) full of Buddhist ruins. Aural Stein's account of his journeys through and discoveries in Swat are enthralling and the Swat Museum in Mingora is a veritable treasure house of Buddhist antiquities. All this is now in serious jeopardy. In October 2007 a group of armed men drilled holes into the face of the beautiful Buddha above Jehanabad, placed explosives in it and blew to off. It had overlooked the wheat fields and the walnut trees for 1400 years. My note book is filled with notes on all the antiquities of Swat, cuttings, maps, Huien Tsiang's account of the place, etc, which I have accumulated over the years in preparation for going there some day. Now it looks like I may never be able to and if I do there wont be much left to see. Sometimes I feel very sad. 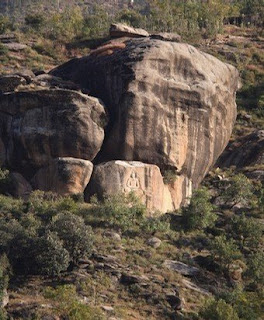 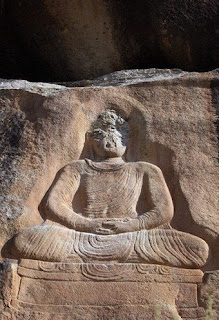 Posted by Shravasti Dhammika at 4:15 AM

For those of us who follow the Nyingmapa tradition of Tibetan Buddhism, it's even sadder than that. The Swat Valley, as Udyana, is thought to have been the birthplace of our founder, Padmasambhava, the Indian tantric master credited with the establishment of Buddhism in Tibet. To read about it now being overrun by fanatics who murder and terrorize in the name of "religion" is a truly loathsome sign of the times.

It is an example of religious intolerance.

bhante; i am back from my retreat at paramita. Sri lanka is a beautiful country! i feel we should be more concerned over the dilution and modification to the buddha's dhamma in the 20thC than the physical destruction of any monastry, statues or stupas. The Bhante whom i told you about from the thai forest tradition of Ajahn Sumandho is Ven Varado. And i gain lots of insights from him. If i ever want to become a monk...i want to be a forest monk...lolz

And his parting words for me when we left paramita last Sat was "Stay Float, Dun Drown" and he urge more of us to be "Torch Bearers"

Joe, do you perhaps mean Ajahn Sumedho, the man from the US who became bhikkhu as a disciple of Ajahn Chah?

sad , very sad !! But I always fail to understand why Islam is being associated with religious intolerance . I have many friends here in India & I truly understand their feelings that how badly they feel . It's some bad elements in each society that create trouble & make shameful to entire community .

Very sad, I belong to the Buddha's garden, District Dir, neighboring Swat. We pass through this intolerant period of extremism. Many sites in Buddha's garden are not safe and needs protection. Also there is need to educate these people to play their role in preserving our ancient assets. We are loosing them very speedily.

I pray may peace prevail in our area and once this area is open to all tourists and visitors and the people welcoming them.